Sunday's State Championship final between the Newtown Jets and Burleigh Bears provides a platform for a bunch of NRL hopefuls to show their ability on a big stage.

After winning the respective second-tier Canterbury Cup (NSW) and Intrust Super Cup (Queensland) titles last week, the clubs will clash at ANZ Stadium as a precursor to the NRLW and NRL grand finals.

Newtown - the feeder team for Cronulla - are littered with fledgling first-graders like hooker Blayke Brailey, fullback Will Kennedy and lock Billy Magoulias, all of whom debuted with the Sharks this year.

Magoulias's daring chip-kick deep in extra-time against Wentworthville set up the Kennedy try that won the Jets the premiership after qualifying seventh for the finals.

Newtown coach Greg Matterson heaped praise on the skilful No.13, who is in line to replace retired Sharks legend Paul Gallen in 2020.

"Sometimes it comes off and sometimes it doesn't, but Billy will never die wondering," Matterson told NRL.com.

"He's always going to back himself. You want to coach [natural] footy players and he's definitely a footy player."

Matterson added that forward Toby Rudolf, who joined Cronulla from Redcliffe in 2019, is another to watch.

While much of Newtown's top 17 are contracted to the Sharks, Titans winger Anthony Don is the only full-time footballer for Burleigh.

Bears coach Jimmy Lenihan pointed out that Don has completed the rare double of a wooden spoon (with the Titans) and a premiership in the same year.

The Bears still boast more than 10 players who have tasted the NRL briefly, however, including Tyronne Roberts-Davis and Sami Sauiluma.

Lenihan believes fullback Kurtis Rowe, a former Wests Tiger, and halfback Jamal Fogarty, who made two appearances for the Titans, could easily slot back into an NRL set-up.

"Those blokes have performed well, really honed their skills and their games and are very comfortable with who they are," Lenihan said.

Both coaches conceded it could be a challenge to refocus given the sides have already climbed their figurative Everests.

Said Matterson: "The ultimate goal for everybody was last week and this week's a bit of icing on the cake. But in saying that, the reputation of the club and NSW is all on the line."

Burleigh are determined to make up for 2016's poor State Championship display against the Illawarra Cutters when they were crushed 54-12.

"We've got quite a few blokes who played in the last one and were clearly disappointed with how it ended," said Lenihan. "They certainly want another opportunity."

The State Championship has been an attacking bonanza since its 2014 inception, with the past three matches amounting to an average total of 62 points.

And with a dry track and sunshine expected, Lenihan reckons the game may open up again.

"Possibly the edge comes off a touch on the defensive side of things; everyone wants to enjoy the football," Lenihan said.

"I'm not really sure how it will pan out but we'll be trying to physically represent ourselves a little bit better than we did last time."

"They start fast. If we can stick with them, we believe we've got some good footy and can hurt them at the back-end of the game," Matterson said. 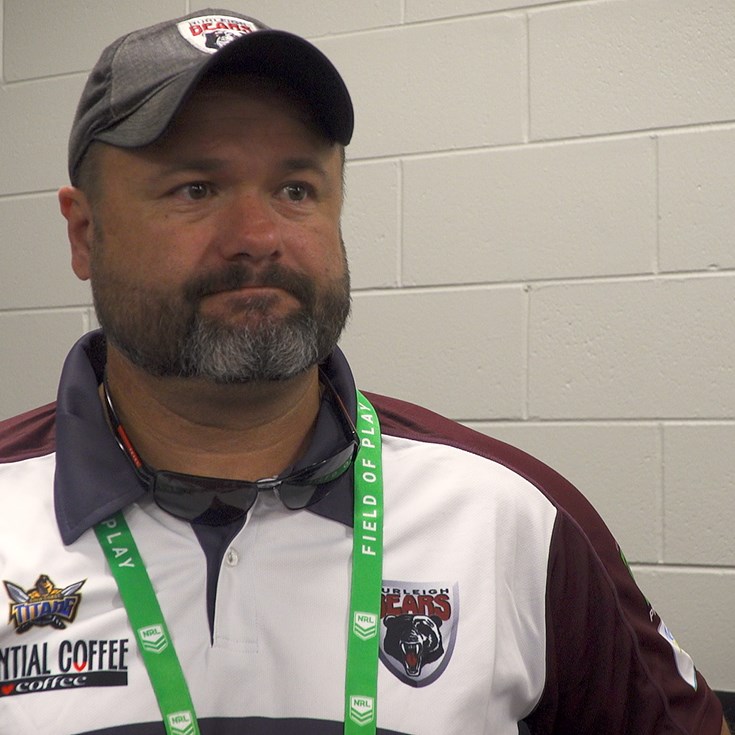