Ben Hunt feared his spot in the Australian team was in doubt following St George Illawarra's rocky 2019 season but Kangaroos coach Mal Meninga had other ideas.

Along with Wade Graham and Tyson Frizell, he is one of three players set to play in every upcoming fixture on the Australian international calendar including the World Cup Nines next week.

The 29-year-old was close to the Maroons' best player during the State of Origin series this season but his efforts at the Dragons came under fire throughout the year as the side slumped to 15th spot on the ladder.

His selection for the upcoming Tests against New Zealand and Tonga created further uproar online - a tale Hunt has unfortunately known all too well throughout his career.

"I haven't had the greatest year but for Mal to pick me in these sides over the next month I'm grateful," Hunt told NRL.com following the PM's XIII captain's run on Thursday.

"I am disappointed with how the season at the Dragons played out but was happy with how the Origin series went.

"We still didn't win obviously but I thought I did my best and that's why I think Mal picked me. Playing dummy-half is a lot simpler role, you're basically just passing and tackling with a couple of runs every now and then.

"I'm thankful that he's still got some faith in me to play."

A visit to Ratu Felise Memorial School near Suva on Wednesday and celebrating Fiji Day with a signings session on Thursday puts a difficult year into perspective for Hunt.

"You get hammered about every little thing you do back home," he said.

"There is a lot of perspective visiting young kids in Fiji, it's kind of like going home after a loss and seeing your own kids. They don't know any different they're still excited to see you.

"We're also here to spread the word around violence against women and children and I think that has been a powerful message to send."

The Dragons are nearing completion of their end-of-season review after a disastrous Telstra Premiership campaign, their worst season on record since becoming a joint venture in 1999.

Hunt said departing captain Gareth Widdop's long-term shoulder injury and the standing down of Jack de Belin under the NRL's no fault stand-down policy were significant moments in their season.

"I believe we can get back on track," Hunt said.

"We just need to work on our game a bit harder and change a few things around with our defensive structures.

"There's no doubting we've got the players to do it and a mix of young kids coming through.

"It's been a difficult year but we're determined to turn things around." 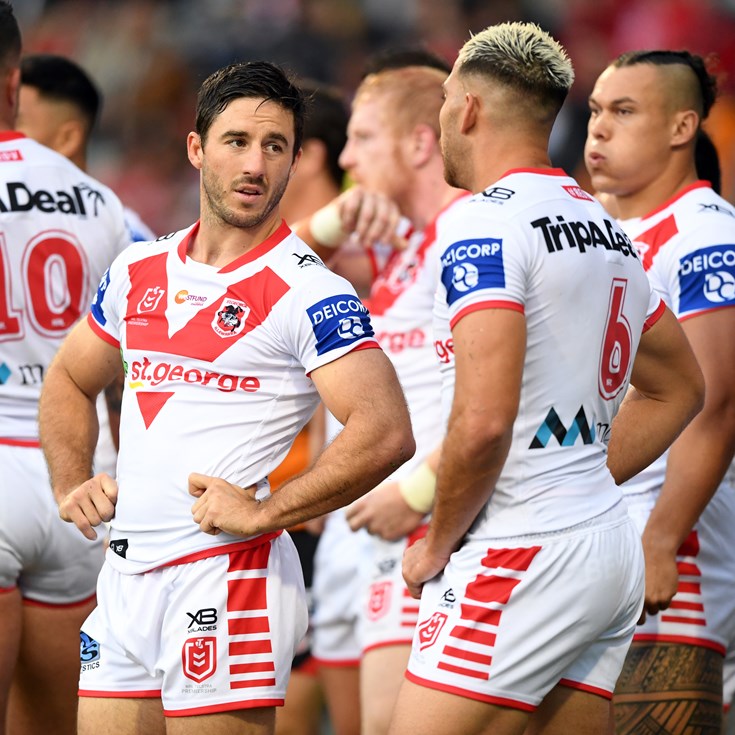