It has been another busy year for the Queensland Rugby League, and while the player-of-the-year awards have all now been handed out at presentations across the state, the performances of a number of key team members off the field have also been recognised.

The QRL is currently in the running for a prestigious award with the Australian Human Resources Institute which celebrates the pinnacle of human resources and business excellence.

As a finalist of the 2019 AHRI Awards, the organisation is in the mix to claim the Wayne Cascio Organisational Development Award which recognises excellence in initiatives which demonstrate innovation and a responsible approach to organisational change and development.

A key factor behind this nomination has been the work behind the scenes of QRL’s chief human resource manager Jane Shand.

Shand, who joined the organisation in 2017, has helped guide the QRL through a number of changes which have more recently involved introducing a suite of best-practice family-friendly polices for employees.

The policies include providing all parents with 18 weeks paid parental leave, contributing full superannuation payments on the unpaid balance of parental leave for the first 12 months and offering up to 12 months grandparental leave to assist parents with returning to the workforce; as well introducing a policy that provides for up to 10 days paid domestic and family violence leave.

This in part saw Shand selected as a finalist, as an Emerging Female Leader in Sport, in the recent Women’s Agenda Leadership Awards.

“I feel extremely lucky to be part of such a progressive senior leadership team – they understand that, as a community organisation, we have an obligation to be part of the solution.”

Shand, who says the best tip she has received in her career was to “always be gracious with people and treat them with dignity”, is a hugely respected and valued member of the QRL staff.

QRL managing director Rob Moore thanked Shand for her dedicated work in the area of organisational change and development.

“Jane is a valued member of our senior leadership team who never takes a backseat in our discussions and decision making,” Moore said.

“At the QRL, we’ve made a conscious decision to invest heavily in our people and we’re extremely fortunate to have a person of Jane’s calibre driving that agenda.”

The winners of the AHRI Awards will be announced in Sydney on November 27. 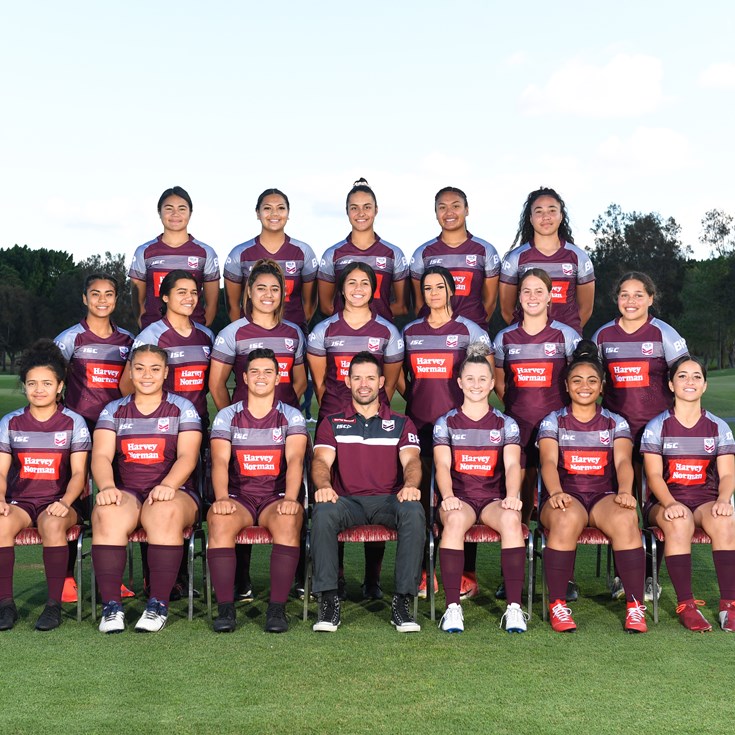 Queensland Under 18 girls: where are they now?

Jimmy lends a hand to the rise of the Titans

From 'no chance' to Storm star - Hughes beats back injuries

Ken Stephen Medal: Modest Copley says he gets as much as he gives