Anthony Seibold has outlined how he took the Broncos captaincy off Darius Boyd to relieve him of immense external pressure and allow him clear air to finish his playing career on a high.

On Friday the Broncos unveiled veteran Alex Glenn as the new club captain, ending Boyd’s three-year stint in the role.

Boyd was the focus of plenty of criticism for his form at both fullback and five-eighth last season and Seibold said it was so intense he did not want the 317-game club legend to have to go through it again.

"Darius did a terrific job as captain over the last 12 months in challenging times but one thing I saw throughout the year was that for whatever reason there was a lot of external noise and pressure around Darius," Seibold said.

"Ultimately, he handled that quite well, I thought, but I thought it was unforgiving. Darius is a legend of our club and a legend of our game … and I just wanted to take some of those commitments away.

"He doesn’t need to do all the external things that a club captain has to do."

As for Boyd’s response to the demotion, Seibold revealed he invited the dual premiership winner to his home in September to tell him face-to-face that he would no longer be skipper.

Glenn to captain Broncos in 2020

"And he took it like a man. Darius is a pro and I am very protective of him and have been for the last 12 months since working with him,” Seibold said.

"I have stood up for him a number of times when he has been in the spotlight for what, in my eyes, were unfair reasons.

“He has got great strategies in place around coping with the highs and lows of professional sport and he wants what is best for the club and has always been a team person. He said that 'if you think that is the best decision for the club then I am all in'."

Boyd has been one of Brisbane’s best trainers this pre-season where he has had stints at wing and centre.

He is contracted until the end of this year and the club and Boyd have a mutual option for 2021 which NRL.com understands will be triggered in the player’s favour if he plays a certain number of Telstra Premiership games.

Seibold was asked whether Boyd would be better as a player without the burden of captaincy and said "that is why I made the decision".

"He has known since last September that he wouldn’t be the captain this year, and the thing I admire about Darius is that it hasn’t altered his attitude or actions in any way, shape or form.

"He remains an integral part of our leadership group. He is very supportive of Alex and all the other young leaders that we are trying to grow."

"Our leadership group model is very different to what it was 12 months ago and each of our leaders has got a portfolio that they look after, and Darius is included in that," Seibold said.

He said that 'if you think that is the best decision for the club then I am all in'.

"We have another two players who will be big influencers with our leadership on game day.

"I am trying to put all the right support mechanisms around Alex so he can do the best job he can do but ultimately I wanted to take some of the pressure and spotlight off Darius and allow him to enjoy his rugby league at the end of his career."

Glenn said Boyd was "still a huge leader in our team" and would be seeking a lot of guidance from him.

"He’s a 300-game player and has been around some great systems and worked with some of the best coaches in the game and his experience I am very fortunate to have in the back pocket," Glenn said.

"He has been in the position I am now and I have supported him. I know he will be doing the same for me." 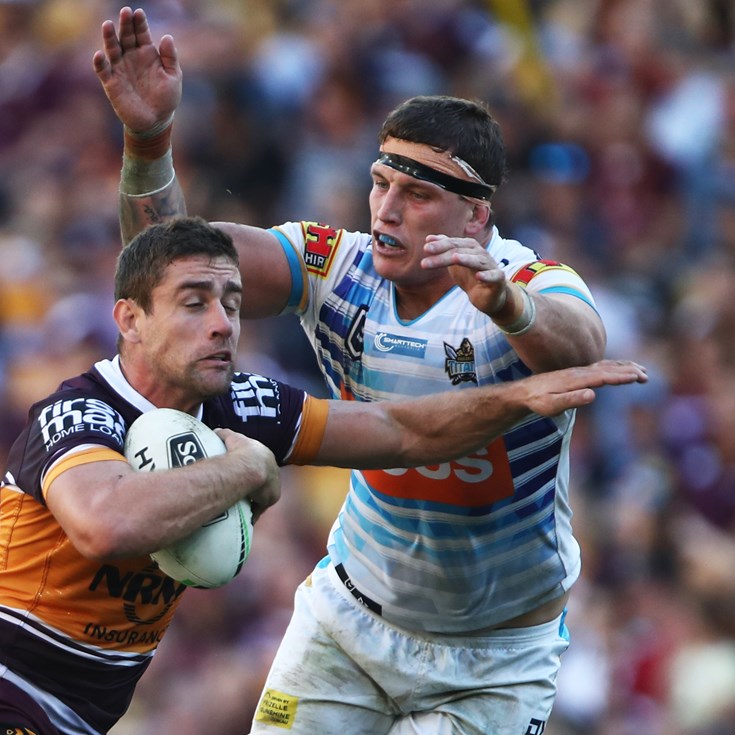