The team lost the match again the North Queensland Gold Stars, but it was a special moment the Indigenous All Stars representative was able to share with her family, including her aunt Danelle Suvaro, who also plays in the side.

“It was a privilege, it was a bit surreal, the game has taken such a big step now with the statewide competition so it was awesome, and to run out with my aunty as well ... it was really good,” Marshall said.

“I have played for Brothers for the last two years and she played for the lower divisions – she reckons she’s too old for the top div – but I got her to come down to training just for some extra fitness and then she ended up loving it and she was lucky enough to be named in the side as well.”

Rugby league is very much a family affair for Marshall, who alongside her aunt, also has a brother and younger sister play the game.

However, most rugby league fans would know her father, Ipswich Jets great Brendon Marshall, who played in more than 150 Intrust Super Cup games and is also the current coach of the club’s Hastings Deering Colts side.

“I get that a lot, ‘are you Brendon Marshall’s daughter?’ and he says it to (us) all the time, 'you guys are still under me you know', but I am like, ‘one day, you will be Tanika Marshall’s dad’," Marshall laughed.

“I think he’s not looking forward to when that happens!”

While it seems only natural for Marshall to have started out early in rugby league, the truth is a different story.

How Marshall, who also represented Fiji twice last season, came to play the game actually resembles a comedy of errors.

“I come from a rugby league family; (but) I used to do athletics, so I loved to go watch football, but I never played," Marshall said.

“And I actually went to go watch my best friend play... this is when we were 18, so I went to watch her play and they didn’t have enough players and she was like ‘can you have a run? We will give you the shoes’ – I think I was in denim shorts (so) we ended up rustling up a pair of pants.

“I had to wear shoulder pads because I wasn’t wearing a bra ‘cause I had a boob tube on and I was wearing ankle socks and someone’s boots that were maybe one size too small.

“It’s actually kind of funny, because I was terrified to tell my parents because, I don’t know, I had always done athletics and I didn’t want to get into trouble playing.

“So, I didn’t tell my parents I had played, but then my friend’s parents put up a photo on Facebook saying they were watching their daughter and me playing and my mum saw it and I actually got in trouble for not telling them.

“After that, I ended up joining up and I played the rest of that season.”

While the BHP Premiership season – like all rugby league in the country – has been temporarily suspended as the world deals with the current health crisis, Marshall is making sure she keeps up her fitness in readiness for when the game returns to the field – and unsurprisingly, it will be with the help of her family.

“I will probably just  be training with my family; my brother, my sister and my aunty," Marshall said.

“Obviously, we have to keep fit and keep up our ball skills.

“And my dad is a coach, so he will probably come down and coach us while we do a lot of work.” 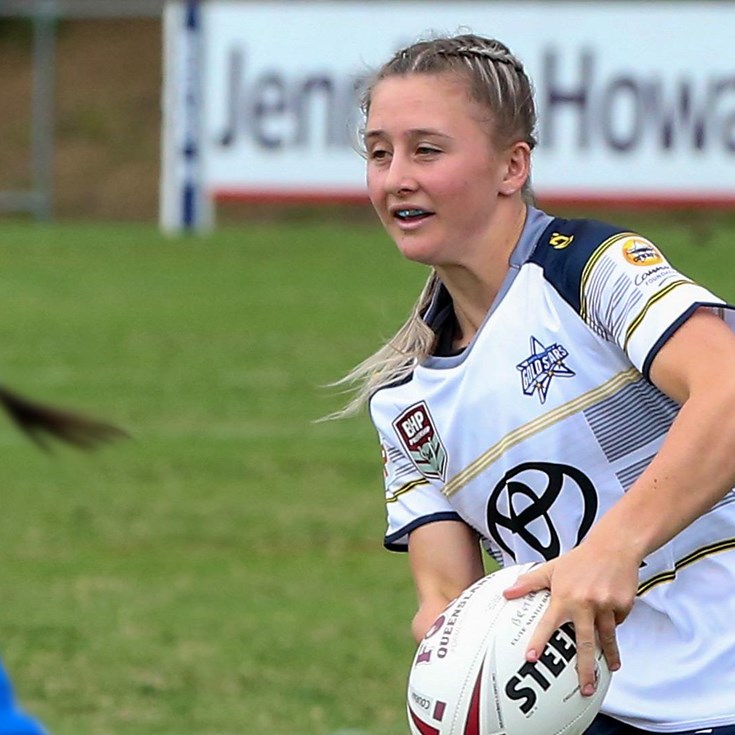