Much like their second row counterparts, the role of a lock is varied and diverse, with the best combining an ability to play big minutes in the middle in defence with a talent for adding extra options in attack.

During 25 years of the competition, there have been a number of players who have stood out in this position, with some also mixing in added ball-playing abilities to complement their defensive workload.

The next position to select for the fan-picked 25-year team is lock.

When Danny Coburn bled for his team, it almost came a surprise that it didn't run green. The Ipswich Jets great was as tough as they come and held uncompromising standards, whether it be on the field or at training. The most-capped Jet with 258 games under his belt, Coburn is in the top three in the Intrust Super Cup for games played, behind Phil Dennis and Troy Lindsay. In his time, Coburn scored 32 tries and was selected in both the Queensland Country and Queensland Residents teams. While he may not have won any premierships, despite two grand final appearances, his contribution to the Jets cannot be overstated; and Coburn still holds strong ties with the club, with his son Tyler making his Intrust Super Cup debut in Round 1 this year.

Now arguably one of the first picked for the Queensland Maroons side, Jai Arrow showed just what he could do while starring for Norths Devils in the Intrust Super Cup. The Gold Coast junior was renowned for his big motor and high work rate and never shied away from any of the tough stuff. Although Arrow may not have featured in 50 games in the competition as is desired for nominees, he did play across two seasons, and call it a technicality, but Arrow is a player who displays the value of the QRL’s player pathways, having been selected in the Under 16, Under 18, Under 20 Queensland teams, as well as for XXXX Queensland Residents after featuring in the Cyril Connell Cup, Mal Meninga Cup and Intrust Super Cup competitions. Arrow was also the winner of the Representative Player of the Year award in 2016 for his performance in the Residents side.

A fiery presence on the field which could see him get into trouble on occasion, Joel Riethmuller made his Cup debut with Ipswich Jets, but it was with Northern Pride that he made his mark. Returning home to the north to join the Pride in their inaugural 2008 season, the Tully junior played until 2014 and then again in 2017 when he came out of retirement. An Italian international who also was rewarded with stints with the North Queensland Cowboys, Riethmuller played in both of the Pride's two grand final wins to date, against Norths Devils in 2010 and Easts Tigers in 2014, and was named the club's player of the year in their successful 2010 season. His coach at the time Dave Maiden said the side based much of their play around Riethmuller who "just went up hard and fast and belted anyone that got near him".

Another Ipswich Jets champion, Keiron Lander was often referred to as spiritual leader for his team, as he was a player who led by example both on and off the field and left everything he had out on the playing paddock. Captain of the side during their premiership-winning run in 2015, Lander also held aloft the National State Championship trophy after the Jets defeated a heavily-favoured Newcastle Knights outfit on NRL grand final day that year. The Quilpie Magpies junior, who also turned out for North Queensland Young Guns, Mackay Cutters and Toowoomba during his time, is now the head coach of the Jets and successfully guided the Queensland Under 16 Murri side to a win last year as their coach and mentor.

Hard work and consistency are some of the words that best describe the playing career of Northern Pride favourite Ben Spina. While he may not have been the flashiest player on the field, his contributions should not be underestimated, with the Ingham born and bred star displaying his leadership via his actions. Named captain of the Queensland Residents team in 2015, Spina could also play second row and prop, basically anywhere the team needed. A strong trainer who set a good example with his high work rate, Spina was part of both the 2010 and 2014 title-winning Pride sides, and played in the inaugural National State Championship match which the NQ side won against Penrith Panthers.

Poll closes on Thursday, May 28, at 10am and results will be published later that day. 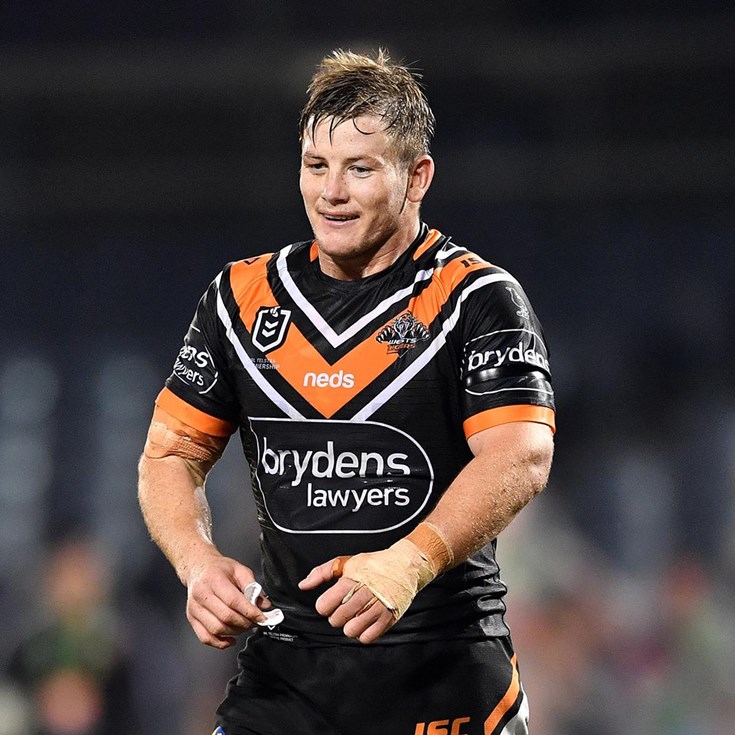 Grant to feed off hype to fuel his confidence

Nicho Hynes behind the scenes on game day