Broncos co-captain Pat Carrigan has promised "no free pass" for Roosters chief enforcer Jared Waerea-Hargreaves and warned of a looming fiery forward showdown against the premiers.

The Broncos will field a starting pack light on experience at Suncorp Stadium on Thursday night with 20-year-old prop Payne Haas remarkably boasting the most NRL games with just 27. Back-rowers Jamil Hopoate and Ethan Bullemor have played just five between them.

On the Roosters side, three-time premiership-winning internationals Waerea-Hargeaves and Boyd Cordner headline a starting pack where only prop Lindsay Collins has not played in a winning grand final side.

"Any time that you back yourself and believe in the training you’ve done you lick your lips at any pack," Carrigan said when asked of the daunting challenge ahead.

"I have a lot of respect for Jared. He’s been doing it for years and I remember sitting on the couch as a kid watching him play.

"You need to give those people the credit they deserve but I don’t think that come tomorrow night anyone will be giving him a free pass.

"I’m keen to test myself against one of the best and I know Payno [Payne Haas] doesn’t want to be a one-year wonder. As a pack, there is no sugarcoating it. We are going to have to go toe-to-toe with them. There will probably be fireworks, without a crowd."

"My first year here was Lindsay’s last at the club. He was a bit of a larrikin and we got on really good so I am really happy to see him in their side," Carrigan said.

"He’s a ripper bloke and he’s been playing some good footy too so I am keen to come up against him."

Carrigan said he had absolute faith that rookie Bullemor would handle his first NRL game in the starting line-up in the absence of injured skipper Alex Glenn.

"Big Bull … I don’t know where they got him from but he is fast, explosive," Carrigan said.

"If you want to be the best you’ve got to step up, and tomorrow night will be a great opportunity to show that this year we mean business and are not hiding behind results of the past."

His Broncos co-captain Brodie Croft backed debutant Cory Paix to step up in the absence of hooker Jake Turpin, who has been ruled out with a leg injury.

Croft said "we have every confidence that he will do his job".

Round 4 - Taumalolo out, Ponga and Foran return

Paix has speed out of dummy-half and classy ball skills after playing most of his rugby league in the halves, said Carrigan.

"He was a crafty [number] six through the juniors and has been at the club since he was 13 so a lot of hard work has gone into getting him to where he is now," Carrigan said.

"He is a bit of different kind of a nine. He plays a bit like Damien Cook."

Errors and a lack of field position cost the Broncos last week in the 34-6 loss to the Eels, a performance Carrigan described as “inexcusable”.

"You’ve got to hold the ball with this new [six-again] rule so that is one thing we will be doing," he said. 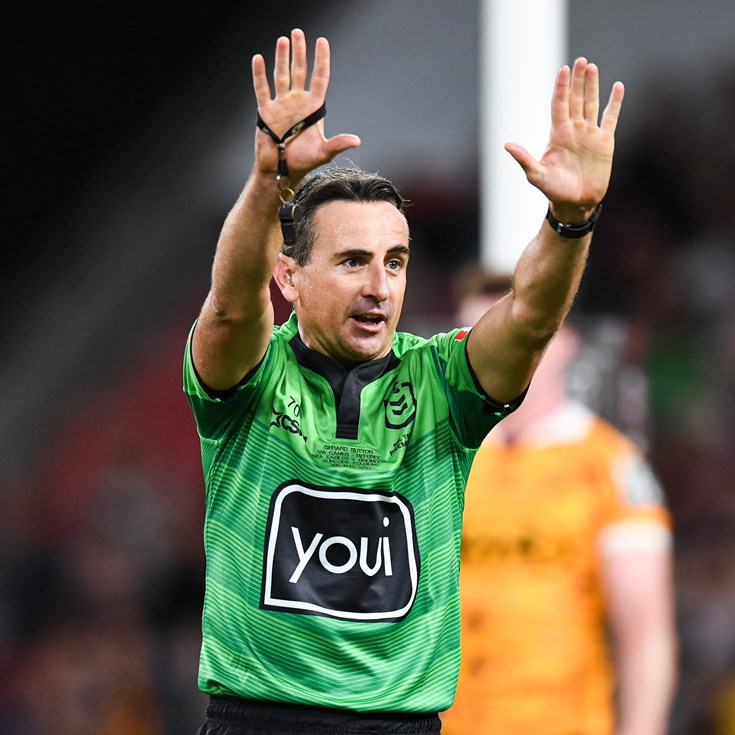