Being a Queenslander is a position of great pride for me.

From the time that I got the chance to play my first representative game in Queensland, I remember my father said to me ‘son, be proud to represent Queensland… it’s the best place there is’. I don’t know that he’d been to all that many other places, but he was still pointing out what it was.

To have then, as I sort of progressed, the chance to play for Queensland, was remarkable. I was in my first Queensland team, a Queensland primary school team, in 1971. And from that moment forward I just dreamed about going on to wear the maroon jersey in the underage levels and also playing at a senior level. Which for all young kids including me, really did appear to be, or seem to be, an impossible task that I was only dreaming of.

But, it was still a great challenge and one that was probably the secret to my success in the end.

I can still remember my dad talking about the importance of tackling low, getting your head in the right position, coming across perfectly, being a great cover defender.

So, when I was a little boy, I didn’t really know who the players were that I was looking up to, but then it was John Raper who was a lock forward, a legendary lock forward. And dad used to talk about Ron Coote as well as I was getting a little bit older, towards the teen years. He talked to me about getting close to them, about the importance of cover defence tackles. It was the attachment that was imperative for every lock to be successful at. And me, as a young boy, I think I was just another one that dreamed about doing it the right way.

Rugby league, though, for me began the day I was born really. I was very fortunate that both of my parents are sports lovers.

My dad played footy all of his life. He played a bit of first grade in Brisbane and later coached first grade with the Wynnum Manly club. And mum, she was pretty handy at sport herself. She represented Queensland in netball. And then went away and had a family, and came back and represented again. So, there was always a definite interest in sport.

I think for me, whilst sport probably took away the appeal for the school work, mum and dad were always quite prepared to turn a bit of a blind eye, because they realised just how much I was attracted to footy and wanted to stick with it.

My first call up into the Queensland team. I still remember. It was remarkable. I was stunned.

I still remember being at the Valleys club in Brisbane, we’d just played a game and it was announced. They used to read out the state team. And then when it came about 12 months later, when they announced a Queensland State of Origin side, you know, the place used to go from a raging disco into a completely quiet room.

The team was read out one to 15. When it got to number eight, my name was read out. And the joint just went mad.

There was always a bit of nerves with each and every team that was announced. But to have your dream fulfilled, and realise that you are part of a team that was going to go on show and carry the hopes of proud Queenslanders throughout the state, yes, it did add a little bit of pressure. But it was pressure which was necessary to entice a better performance.

When it came to running out for the first time, I can still remember my heart pounding in the dressing rooms. You used to get out there and if you were involved in an athletic challenge, or you were getting up off the ground sprinting around, you knew that your heart was beating around about 160 or 180, something like that. But this was in the dressing room, before I went out for the first time… I reckon my heart beat was maxing that consistently. I was so nervous.

I had a fear of failure. It wasn’t just determination to succeed, it was the fear of failure that was probably making me feel that way. It was a pretty nervous moment.

That first game I played for Queensland was a definite highlight. I still remember the thrill it gave the whole family.

But that’s probably got to be matched by the last game I played for Queensland. I found out my daughter was profoundly deaf basically the day before the game and I knew that, whilst I’d always loved playing for Queensland, the family was more important.

I’d struggled over the 24 hours and then just before running onto the field for Game III in 1991, I remember the Queensland manager Tosser Turner… I was in the dressing room and I’d just pulled my boots on and I got the call to go and do the captain’s toss. I walked past Dick ‘Tosser’ Turner and I just stopped. I looked at him and I said ‘Tosser, this is going to be my last game… I’ve got a family to look after and they’re far more important, with my daughter being deaf’. He sort of raised his eyebrows and said ‘well, mate, if you didn’t tell me, I would’ve told you’. I said ‘yep’.

I went out and I did the toss and when I went to go back into the room, one of the other managers just held me at bay for a while and then Tosser came out and he said ‘mate, just give them another 10 or 15 seconds’. Apparently the message was going through to the players that this was to be my last game. And when I walked in, I still remember looking at the players, and every one of them was looking up at me. I thought ‘oh God’. I didn’t really want it to be splashed around all that much. But I kind of knew that they were going provide their best performance to try and make this game an enjoyable one to finish.

I enjoyed playing alongside every one of the blokes I got to play alongside in maroon.

It was a thrill from the first Origin game in 1980. It was extraordinary. We used to question whether or not you were lucky to be in the team in 1979, but from 1980, to be on the field with Arthur Beetson, was just the biggest thrill that I’d had in footy. A great man, he was 35 going on 36 years of age, and to just be in his company was fantastic.

And then, the last time I played, in 1991, there was just enormous respect for the players that were alongside me. Mal was there and I still remember him just nodding his head to say ‘you know, this one’s for you’. It was great.

There are a couple of players…. I often put it down to Mal and Gene Miles, were the great players, for me, to play alongside for Queensland. And it was great to have Fatty Vautin in the side as well, who never gave anything other than his best.

And the thrill of playing against legends from New South Wales, like Peter Sterling and Brett Kenny, just guaranteed that every game against them was going to be another enormously tough challenge.

I am proud. Proud I got to play alongside and against some of the greatest to ever play the game. Proud I was part of the re-birth of the importance of rugby league.

I think when State of Origin came in, it was basically a saviour for rugby league.

A lot of the Sydney players had lost respect for the importance of Queensland versus New South Wales games because they were winning them so easily and quite a number of the Sydney players basically just dropped out. They didn’t want to play against Queensland. They thought it might put them in doubt for their club game that weekend. So, that was embarrassment. It was also something that probably was disrespectful for the importance of an interstate clash.

When Origin came around, that guaranteed that the importance was going to be remembered by each and every player. And all of a sudden, it was New South Wales that were embarrassed by being belted consistently.

There’s another challenge in front of us at the moment after New South Wales’ dominance in the last couple of years but Queensland have always risen to the challenge previously. Hopefully that will occur again this year.

My memories of how good it used to be at the end of every game, to sit down with the players and just be proud of our performance on the field, are cherished ones.

I used to have a thing… ‘don’t let the fans down, don’t let our supporters down’. And consistently, those wearing a Maroons jersey, never did. Don’t think they ever will.

Queenslanders, I want to say thanks. You have been just as important as the players have been on the field during all of the years of Origin. Keep backing the almighty Maroons. 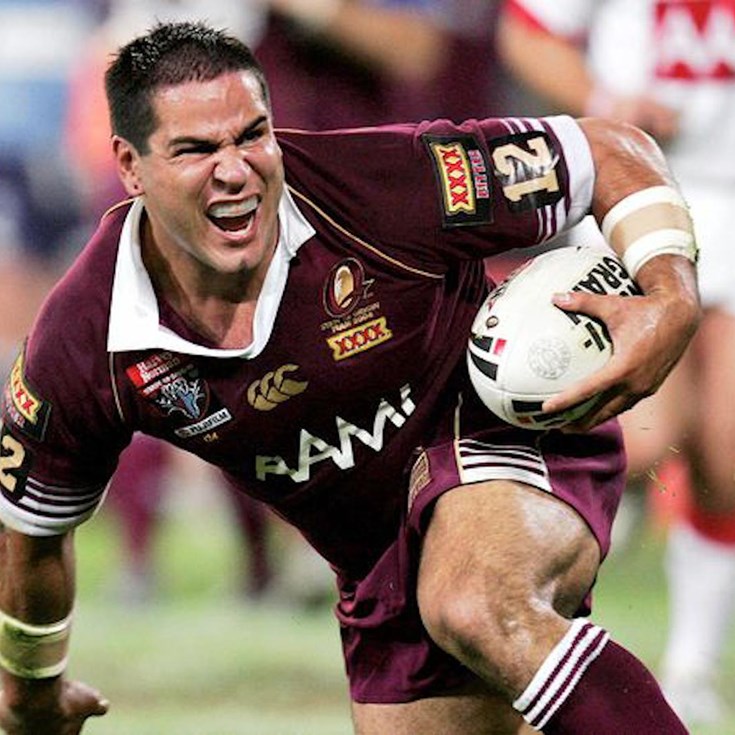