The Queensland Rugby League offers its best wishes to Ipswich Jets winger Rogan Dean as he begins his recovery from a serious road accident.

Dean was involved in a motorbike accident with a car last Sunday, which tragically led to the popular footballer having his left foot amputated.

QRL managing director Robert Moore said he was deeply saddened by the news.

“On behalf of the QRL and the entire rugby league community, we offer our thoughts and best wishes to Rogan and his family,” Moore said.

“This is of course an extremely challenging time for Rogan, but we know he will have some excellent support through the tight-knit Jets family as well as the wider rugby league community.”

QRL competitions manager Dave Maiden has reached out to the Jets, who have provided immediate care and support through CEO Richard Hughes, coach Keiron Lander and wellbeing and education officer Josh Chandler.

Hughes said the Jets would be there for Dean in the short and long term.

“One thing is for sure, he is as strong in character as he is in his body and he is already looking at how he can be involved with the Jets in the months to come,” Hughes said.

“What we can say for sure, is that he will always have a place, because every club needs a 'Guns' and we are the lucky club that have him.”

Nicknamed 'Guns' because of his powerful physique, Dean has played for the Ipswich Jets, Norths Devils and Wynnum Manly Seagulls in the Intrust Super Cup.

He scored 33 tries in his 70 appearances in Queensland’s premier statewide competition. 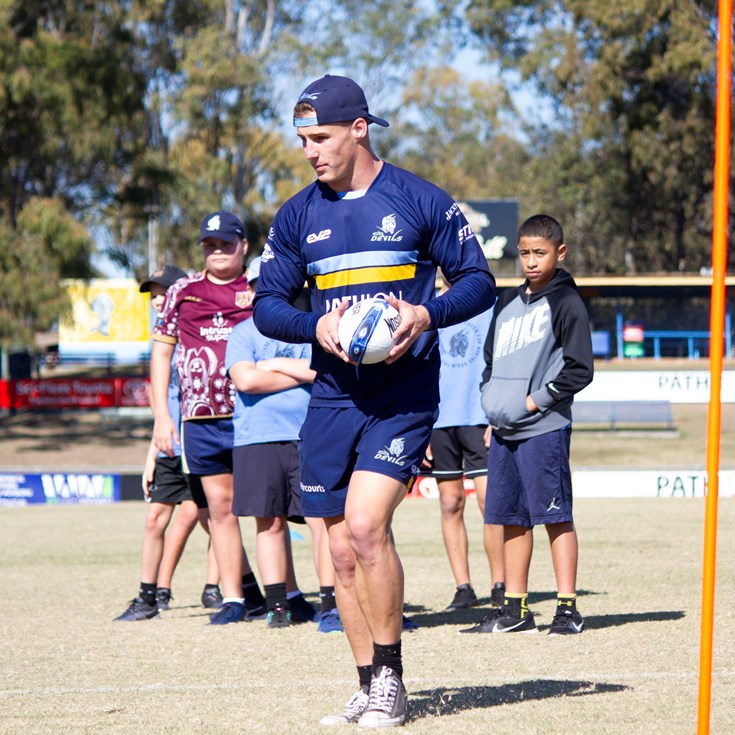 Putting on a clinic: Miers happy to be sharing his footy skills

Cup team of the week: Round 19