It’s crunch time for The Cathedral College in the Aaron Payne Cup when they face Townsville powerhouse Ignatius Park in today's semi-finals.

Finishing third in the North Queensland schoolboys competition, the proud Rockhampton school is hoping to lean on a number of stars who have been the catalyst for their success in this year's competition.

TCC coach Mick Busby has been most impressed by hooker and Queensland Under 16 representative Jai Hansen.

"He has been outstanding," Busby said.

"The world is his oyster at the moment.

"I'm likening him to Harry Grant... the quickness around the ears that sets him apart from everyone else. He is just sharp.

"As well as being quite resilient and tough, he can get our whole forward pack going forward from his service at dummy half."

"Riley has had a great season too and so he should," Busby said.

"He played one or two games of Hastings Deering Colts for the Capras last year, so coming back into a schoolboys competition, you'd want to be going okay.

"His service is unreal, his leadership around the park and is an inspirational defence.

"He's got a really good kicking game... it's actually pretty handy with the goal kicking even though we've got a couple of others at the moment.

After defeating Ignatius Park 26-8 earlier in the regular season, Busby is expecting today's final to be another tough clash.

"This is the closest year I've ever seen it," Busby said.

"We've gone into every game knowing it's going to be tough.

"When we beat them, it was always about momentum.

"They were on top in the first half and we came out in the second half and got the momentum and they couldn't get it back of us.

"We had the ball and didn't drop it and that's what got us home. Hopefully we can do that again.

"We're expecting speed... particularly their speed at the play the ball.

"They have a physical forward pack and just keep coming, combined with some good halves and a really good kicking game. They were too quick on the ground for Kirwan.

"They're the most improved side and I'm sure they'll be out for a little bit of revenge too."

The do-or-die blockbuster kicks off in Mackay at 10am. 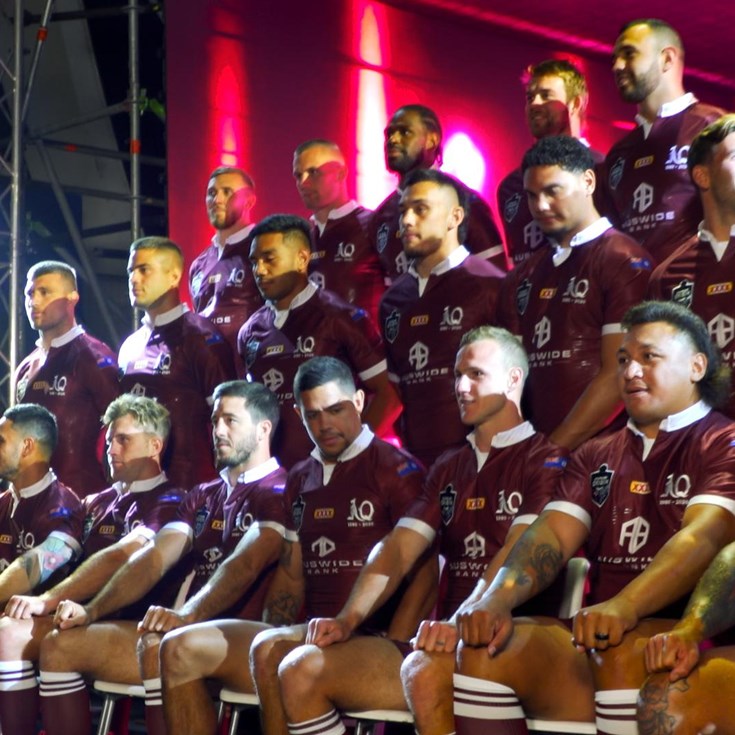 Behind the scenes of the Maroons squad photo

Su’A hopes to live up to Carroll comparison

Great Scott: From reserves to Maroons via telegram