Josh Papalii has been cleared of a serious shoulder injury and remains on track to re-sign long term with the Raiders in a double boost for their all-important top-four hopes.

Papalii had Canberra sweating scan results on Monday after he was forced from the field during Saturday's loss to the Roosters.

There were fears Papalii could have been out for up to a month, but he may yet be able to paddock against St George Illawarra this Saturday depending on how the injury fares during the week.

Centre Curtis Scott has been ruled out of the Dragons clash as he continues to recover from a leg injury.

The loss to the Roosters kept them in fifth spot, in the sudden-death half of the top eight.

Veteran prop Sia Soliola is also bidding to return from a badly fractured jaw in the next fortnight, with hopes he can join Tuesday's contact session as the next step in his recovery.

Papalii, meanwhile, remains committed to Canberra's cause long term despite a Channel Seven report suggesting the 28-year-old could explore a return to the Sunshine State as a result of homesickness after over a decade with the Green Machine.

Starling stepping up to fill hole left by Hodgson

Both Raiders officials and Papalii's management have dismissed any notion of an early release being sought by the Test and Origin front-rower.

As recently reported by NRL.com, a two-year extension that would keep Papalii in lime green until the end of 2024 is soon to be signed off on.

NRL.com has also been told no approach has been made by the Broncos or Titans to Papalii's management or the Raiders, though he did reference his Brisbane-based family when asked about the negotiations last week.

"Canberra's been home for me for the last 10 years," Papalii said last Wednesday.

"I've still got two years left on my contract. I'm speaking to the club now about a few things. But my wife and I have to consider our parents getting a little bit older back in Brissy. Then obviously, we've got no family down here.

"We're talking to the club right now. There's a few little things that need to fall in our favour and hopefully see me here for a long time." 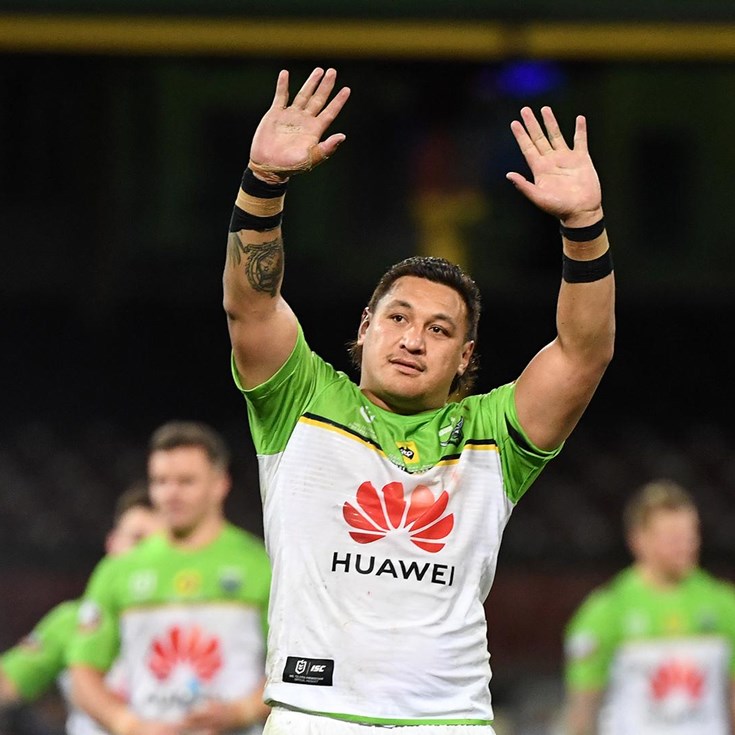