Gavin Cooper reflects on his deadly combination with Johnathan Thurston as one of the great times in his life and insists the Cowboys legend made him a better player.

All going to plan the 35-year-old forward will play his last game for North Queensland against the Broncos next week in what will be his 323rd first-grade game and 247th for the Cowboys.

Cooper started his top grade career in Townsville before stints with the Titans and Penrith and then returned in 2011 to forge a partnership with Thurston that was one of the best one-two punches in the modern game.

Cooper joked that Thurston had "made a couple of dud second-rowers look pretty good", but there was nothing dud about Gavin Cooper.

The duo seemed to have a sixth sense with the wily back-rower timing his runs to perfect on countless occasions to hit an inch-perfect Thurston pass.

Scores of tries were the result and came on the back of Thurston bravely taking the ball to the line and Cooper also putting his body on the line.

"I didn't come back to the Cowboys to play on his edge, I actually came back to play on the other side of the field, but through a couple of injuries found myself over there and we struck up a good combo and never left," Cooper told NRL.com.

"It was a great part of my life and he helped me succeed on the field much more than I could have ever dreamed of.

Hannay gives an update on Taumalolo

"It was great to play alongside him and being good mates with him off the field had a big part to play in it as well."

The combination on the field was on the back of a lot of practice at training but there were nuances in Thurston's play that Cooper could read like a book.

"After you'd seen it so many times you knew what to look for, whether it was the way he held the ball or what the defenders are doing," Cooper said.

"Not much happens on a rugby league field that people wouldn't have seen before at training and a lot of it was rehearsed.

"I don't know if it was a sixth sense but I'd seen it before and you have to take your opportunities, because you don't know when the next one coming."

That was certainly the case in 2015 when Cooper and his Cowboys teammates took their opportunity and celebrated a maiden club premiership in a stunning 17-16 golden point win over the Broncos, an obvious career highlight.

"Yes it was a special team, but we were able to keep the same team on the field week-in and week-out, like what Penrith are doing this year," he said.

"There were some talented boys in that team that went on to individual success and other boys who were real pieces to the puzzle who looked really good in our system and did their job each week with no fuss – guys like Scott Bolton, Antonio Winterstein, Kane Linnett and Rory Kostjasyn."

Cooper was a key figure in turning the Cowboys into a club that expected success rather than hoped for it and from his return in 2011 was part of seven consecutive finals series. He said he always intended for 2020 to be his last in Cowboys colours.

"It was always going to be a one-year extension here after we looked at going overseas last year," he said.

"This year was always going to be about helping the younger guys through what was going to be a difficult transition with a few senior guys leaving at the same time.

"Besides our success, I think I have helped but we are only judged on the field which will be in years to come I suppose."

As for his future, Cooper said he was yet to make a decision about whether he would pursue options in the Super League or NRL.

"We just thought it was worthy of making the announcement to the Cowboys fans that this was going to be it in Cowboys colours," he said.

"Not playing in the middle of the year I thought I might be able to ride off into the sunset and not have anyone worry about me but we thought we owed it from a club point of view to let everybody know what is happening.

"I will take some time to decompress after what has been a very enjoyable time in my life and will make some bigger decisions sooner rather than later."

Cooper had played more than 200 NRL games and was 30 when he was called into the Maroons side in 2016, a tribute to his longevity and the quality football he played throughout his career. He treasures each of his six Origin matches with Queensland.

"I can't begrudge them for not picking me before that because they had won nine of 10 series, so it was a tough team to crack," he said.

"To get a crack as late as I did… I wouldn't change any of it. I got to experience the legendary side with JT, Cameron Smith, Cooper [Cronk] and Billy Slater and to get a chance to play with those guys was very special." 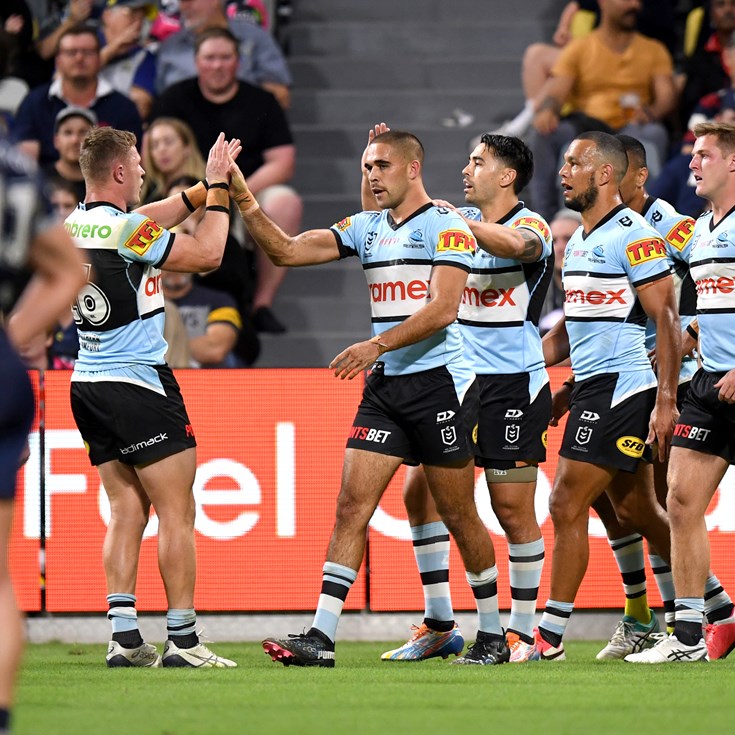