Melbourne prop Max King has pleaded guilty to the "hip drop" charge made against him by the match review committee as the NRL considers further increasing penalties to eradicate the move from the game.

King and the Storm on Tuesday entered the plea, with Tuesday night's judiciary hearing to now determine a grading and subsequent penalty.

King's tackle has kicked off the seemingly annual September wrestling drama that engulfs the Storm, with Craig Bellamy blasting Fox Sports' pundit Greg Alexander's suggestion that King had "intent to injure" as ridiculous when Lawrie was twisted awkwardly on Sunday.

The judiciary referral gives the panel scope to deliver King a charge beyond Grade 3 Dangerous Contact, though they may also deem it worthy of a lesser charge.

King placed on report for tackle on Lawrie

Teammate Tui Kamikamica on Tuesday entered an early guilty plea to the grade two dangerous contact charge made against him.

He will now miss Saturday's qualifying final against Parramatta. He was cited for a shoulder charge on Dragons rookie Jayden Sullivan.

The suspension news looms as a blow ahead of the meeting with Parramatta given NSW Origin star Dale Finucane (calf) is understood to be another week away from returning to the paddock.

NRL head of football Graham Annesley said on Monday that gradings for the controversial hip drop style tackle could be increased down the line, in the same way crusher tackles were cracked down on midway through this season.

"Most definitely," Annesley said on Monday when asked about increasing the base penalties for the tackling method.

"I'd prefer the message was getting through a little louder and clearer.

"I'm not suggesting these things are coached, but sometimes trends emerge in our game. We'll review it at the end of the year and if we feel the penalties need to be stronger for this type of tackle we'll address that.

"… If we feel having done that analysis that the only way to try to prevent certain practices from taking place is to use a heavier hand through the match review and judicial process, then that's what we'll do.

Panthers great Alexander was scathing in commentary of the King tackle, which saw him land on Lawrie's ankle and force him from the field in Sunday's 30-22 Dragons win.

"I think that incident in itself is worthy of 10 minutes in the bin," Alexander said.

"That is foul play, that is obvious foul play. That has started this year [the hip-drop tackle].

"That’s got an intent to injure, that’s what that has got in it."

NRL clubs were issued a memo by Annesley in late-July warning of their increased use in the game and potential punishments being handed down by head office.

King's Storm teammate Jesse Bromwich was the first player to be suspended over the tackling style for his effort on Rooster Matt Ikuvalu in round 14, while Parramatta's Junior Paulo was also recently charged for a tackle that saw David Fifita require ankle surgery that has since placed his Queensland Origin campaign in doubt.

Paulo took the early guilty plea to a grade one dangerous contact charge to avoid missing any game time, and now has carry-over points hanging over him as the finals start.

Annesley recently addressed hip drop tackles during one of his weekly briefings by showcasing several such tackles over the past there seasons, running through various incidents in freeze-frame and slow motion to indicate how each of the tackles had placed ball-carriers in danger. 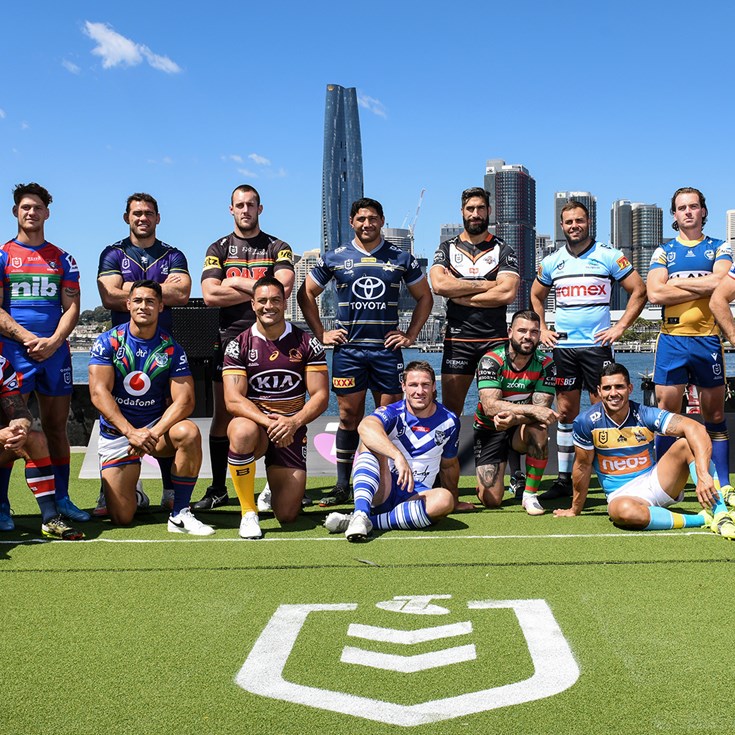