A knee injury led Kurt Capewell to becoming an unofficial member of Penrith's coaching staff earlier this year and it sharpened his ability to "break down" opponents.

The back-rower deputised capably for Viliame Kikau in last weekend's preliminary final win over South Sydney and is jostling for a bench spot in Sunday's decider against Melbourne at ANZ Stadium.

The 27-year-old, who was part of Cronulla's premiership-winning squad in his rookie season of 2016, moved to the Panthers last summer in the hopes of locking down a starting position.

An MCL injury after the COVID break was a setback, but Capewell found a silver lining when assistant coach Cameron Ciraldo asked him to help lead defensive video analysis sessions for the edge players.

"He pulled me in and mentioned that he wanted me to do a video presentation to the boys every week on what we should focus on with our defence and their key attacking areas," Capewell told NRL.com.

"He taught me a lot in breaking down the opposition and, I guess, noticing where their threats are and how to combat that.

"I'd do a video session with Ciro obviously and then pull some clips of my own that I thought we could look at, put a few clips together and just run through it with our edges, pretty much."

Have your say on greatest Origin players of all time

Having seen the game from new angles in his "coaching" stint as well as developing himself outside of football, Capewell believes he returned from injury in round 17 a better player.

While he didn't feature in the Sharks' grand final team – despite playing the week prior – he absorbed lessons from the experience that he's utilising four years later.

"I'd only played four games [in 2016] and I was really happy just to be a part of it and to be around those players and that year," he said.

"I was over the moon. I was probably a bit young to grasp too much, but I sort of take just a few things out of Wade Graham and Luke Lewis's books.

"Just to try and remain relaxed for the week, don't try to play the game [in your head] too early obviously.

"Hopefully there's a couple of leaders here like Jimmy Tamou and such that can help the boys do that as well."

As of Sunday, Capewell said he hadn't been given any indication from coach Ivan Cleary as to whether he'll face the Storm.

Then there were two

But you sense he won't be intimidated by the pressure if he gets the nod, with Queensland Origin selection looming too.

"I love it. I love the big occasion. It doesn't get any better," he said.

"But these are the games you want to play in."

All the grand final day info 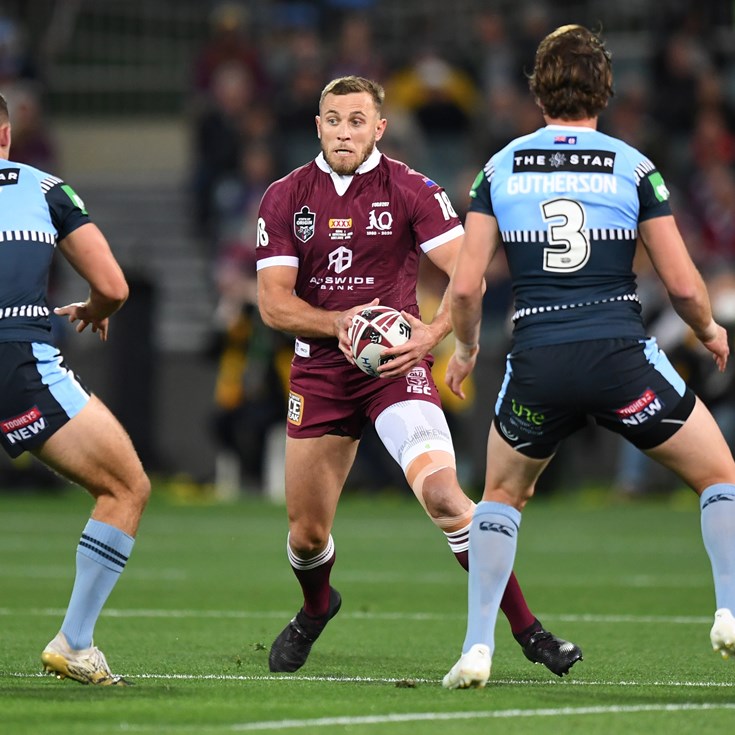 Origin arena not for everyone but Kurt copes well

The text from Bennett that had Papalii on edge

Panthers ready to pounce in race for Capewell's signature