South Sydney veteran Ethan Lowe has confirmed his retirement due to a neck injury, joining a growing list of players set to be farewelled before the NRL Telstra Premiership grand final on Sunday.

The former Cowboys premiership-winner underwent surgery for a bulging disc in July and will retire at 29 on medical advice.

Lowe joins Gerard Beale and Eels prop David Gower as the latest players to call time on their NRL careers after more than a decade of service to the game.

Beale took to Instagram to confirm he'll hang up the boots on 194 games after not being offered a contract renewal by the Warriors for next season.

The 30-year-old premiership-winner made his NRL debut in 2009 with the Brisbane Broncos before stints at the Dragons, Sharks and Warriors.

Gower, 35, was restricted to three games this year in his overall tally of 121.

The Eels prop will take up a role with the club's education and well-being team next year.

After back-to-back seasons in which more than 4000 games of experience has been lost to the NRL, the greatest game of all is unlikely to be spared a reprieve in one of the most disruptive seasons in recent history.

Storm great Cameron Smith, along with the likes of Benji Marshall, Brett Morris and Josh Morris, could help push the overall total past 6000 games if they choose not to play on next season.

Farah pays tribute to Lawrence - will Benji be the next to retire?

The Storm captain is no certainty to go around again at Melbourne, particularly with Brandon Smith and Harry Grant waiting in the wings.

The Broncos and Titans are hopeful of acquiring his services if he wants to return to the Sunshine State in the twilight of his career.

Marshall is looking to secure a deal after being told the Wests Tigers will not re-sign him while the Morris twins are likely to suit up again for the Roosters.

The retirement announcement of Darius Boyd in March started the list of retirements in 2020.

Wests Tigers stalwart Chris Lawrence added his name to the list of confirmed retirees in August after 15 seasons at the club.

One-club Roosters utility Mitchell Aubusson also announced his intentions to retire at season's end after passing Anthony Minichiello's record for most appearances at the club.

Warriors veteran Adam Blair played his 331st and final game in September after 15 seasons in the NRL.

The 34-year-old had an option in his favour to play on in 2021 but the pending arrivals of forwards Addin Fonua-Blake, Ben Murdoch-Masila and Kane Evans made his decision an easier one.

Glasby played 138 games across eight seasons at the Knights and Melbourne Storm, winning a title under Craig Bellamy in 2017.

Sea Eagles back-rower Joel Thompson and Raiders forward John Bateman are also bound for Super League next season, taking a combined more than 250 games of Telstra Premiership experience with them.

English forward James Graham left the Dragons in June after 186 games in the NRL, while former Bulldogs teammate Kerrod Holland has also hung up the boots.

Darius Boyd confirms 2020 season will be his last

Elsewhere, Knights veteran Andrew McCullough is expected to return to Red Hill as per the original terms in his Broncos contract.

Roosters co-captain Jake Friend is expected to sign a new deal with the club.

Mid-season retirements Jayson Bukuya (186 games) and Shannon Boyd (125 games) add a further 300 to the total, while Suliasi Vunivalu is set for a move to rugby union at season's end but the Storm and other NRL clubs would love to welcome him back to the 13-player code down the track.

There were several players who announced their retirement in the pre-season, including Matt Gillett, Sam Burgess, Tim Grant and Sam McKendry. 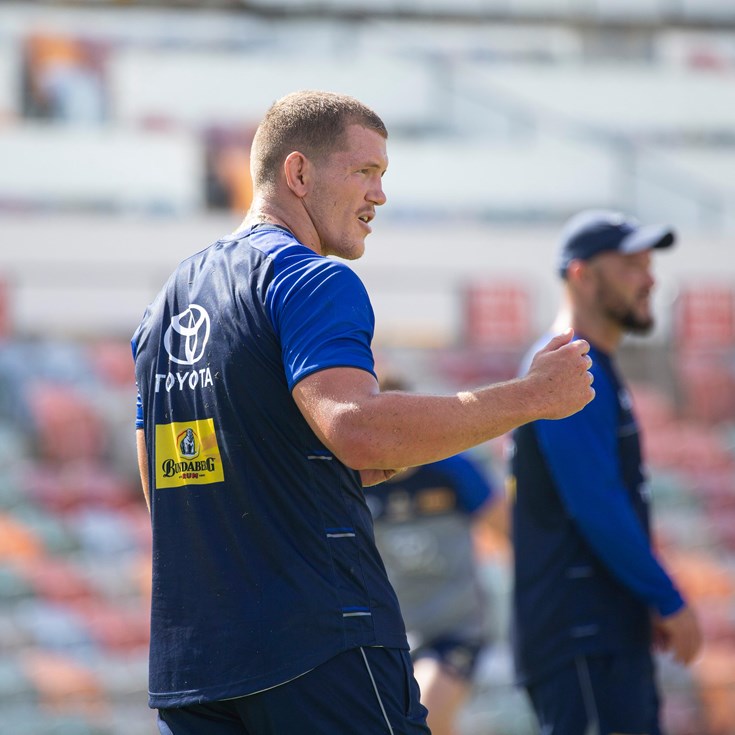