The Cyril Connell Cup ceased to be played following 2016, but now in 2021, a new competition has risen from the ashes of the Junior State Championship.

A well known figure in rugby league, Cyril Connell played 21 games for Queensland and two games for Australia; but it was off the field that Connell found the most fame.

A maths teacher at Brisbane State High and director of secondary education for Queensland, Connell later relied on his network of contacts and honed his driving skills to cover great distances in Queensland to find talent for the Brisbane Broncos as a recruitment.

However, in the grand final that year, Townsville Blackhawks proved too strong, claiming a 20-18 win after staging a second-half fightback.

This weekend, Queensland’s best young talent from the Wide Bay and the Western Mustangs will play on Saturday, with both areas having been well covered by Cyril Connell.

Venue: Across The Waves RLFC, Bundaberg

Western Mustangs coach Matthew Jahnke said he was enthusiastic about the return of football for 2021.

“We are pretty excited about Saturday and playing in Bundaberg against Wide Bay,” Jahnke said.

“A few weeks ago, we played them in a trial game, so we know what to expect and think we are well prepared.

“We will be ready to go and six rounds to prove ourselves.”

On the other side of the tunnel, Wide Bay coach Craig Brough will be making sure his Bulls are charging to get out there.

“This is such a great opportunity for our area, we love being involved in the Cyril Connell Challenge,” Brough said.

“We are so enthusiastic; our half Ezekiel Monckton is a player I wouldn’t have picked at the start of pre-season, but he’s trained and impressed his way into our half spot and is our captain.

“Our centre Harry Armstrong has become a centre over the preseason and was great in the trials, set up three tries and is a centre now.”

In a full schedule of games on Saturday, Mackay Cutters will host Townsville Blackhawks at 11.30am, while further south, Tweed Seagulls will be at home against Ipswich Jets.

Burleigh Bears versus Souths Logan Magpies will be the third game of the competition to kick off; followed by a match up between Central Queensland Capras and Sunshine Coast Falcons in Bundaberg.

Redcliffe Dolphins and Brisbane Tigers will face off in Albany Creek, with Arthur Fitness, the son of former Queensland wicket keeper Gavin Fitness, hoping to put in a good performance for the Dolphins.

The final match of the round will see undisputed heavy weights of the Cyril Connell Challenge Norths Devils at home to Wynnum Manly Seagulls. In the past, the Devils won the under 16 crown three times. 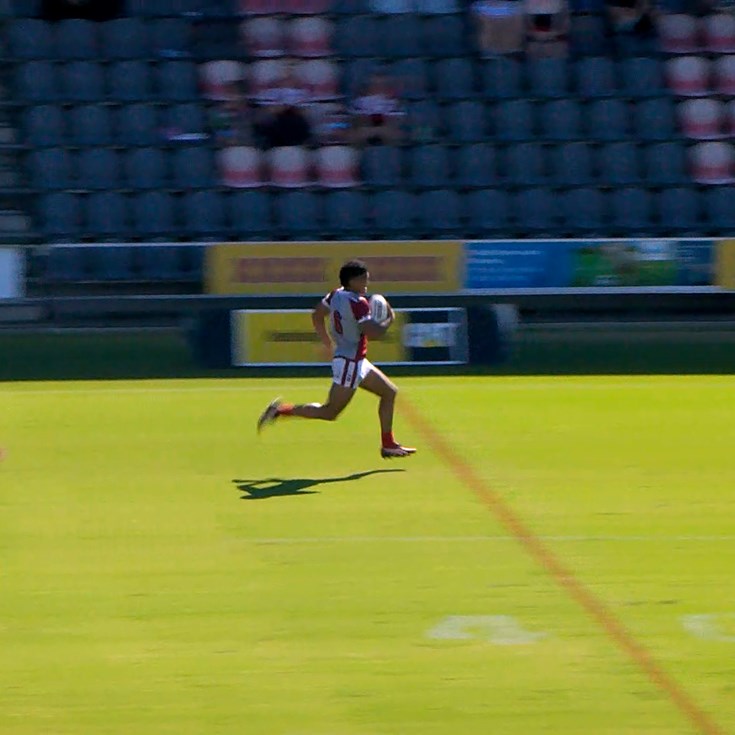