A 36-20 loss wasn’t the result the UAA Burleigh Bears were chasing in their season opener against Souths Logan Magpies on Sunday afternoon.

An almost drowned Davies Park saw the Bears struggling to stay afloat, while the classy home side rose to the occasion.

“The other team played better there is no doubt about it,” Bears coach Rick Stone said.

“They were more controlled in the wet than we were and their playmakers managed the game better than we did.

“As a team, we didn’t quite combine and build the pressure that we we’re looking for.”

An early injury to Bears fullback Troy Leo shook the side, throwing a spanner in the balance of their attack.

“He had a collision and fell awkwardly in the early minutes of the game,” Stone said.

The solution resulted in Guy Hamilton shifting to fullback, while Kurtis Rowe moved to the wing.

“For a bloke (Guy Hamilton) that hasn’t trained with us at fullback before, he did a really good job there and I was happy with his performance.”

It’s not the return Leo had in mind, the Bears veteran has been on the sideline for almost two years after recovering from a previous ACL injury.

“We’re not quite sure how bad (Troy) Leo is. We’ll have a better indication when he goes for scans tomorrow morning.”

Tied up at 20-20 shortly after half-time, it was the perfect chance for the Bears to claw ahead; instead, back-to-back errors, combined with poor defence through the middle was the ultimate undoing.

“I am most disappointed with that,” Stone said.

“Our middle defence is something we pride ourselves on in the past and we know we need to improve massively if we want to be successful next week.”

That will be against the Mackay Cutters on Saturday afternoon at Pizzey Park.

“It’s a tough competition and one thing they have to realise is they’ve got to bring their best performance if they want to win games.”

While it’s a disappointing start to the season for the Bears, it’s a platform to grow from in the upcoming weeks.

“A few boys will walk away from that game disappointed with their own individual performance and they know they need to be better if they want to win games and be successful in the future,” Stone said.

For the Magpies, it was a strong performance in the wet which featured star turns by former Maroon Karmichael Hunt, former Warrior Kevin Locke and current Bronco and Hastings Deering player of the match Tom Dearden.

Next week, the Magpies host the Sunshine Coast Falcons. 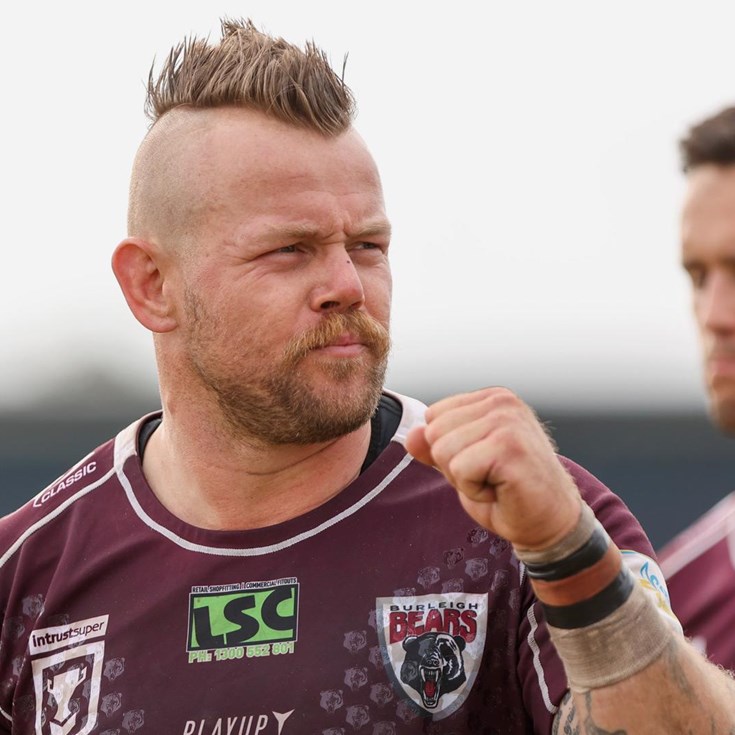