A long-held vision of a united governance body for the far north has come to fruition in part, with Far North Queensland Rugby League becoming the new governing and operational board for three junior leagues.

Cairns, Innisfail and Eacham District Junior Rugby League have all advocated for their clubs to affiliate with the new administration unit, resulting in 16 clubs reporting to the new board.

With more than 2200 players and 532 coaches and volunteers already registered for the upcoming season - spanning an area from Cardwell to Mossman and west to Ravenshoe - the move is significant for all participants in the game according to new chair Rob White.

"It’s been on the radar for quite a number of years, going back to the Australian Sports Commission development in 2015 around sports government principles and I remember seeing a plan outline up in this area for rugby league way back, so it’s been around for quite a while," White said.

"With the support of the QRL, a number of leagues in the state such as Mackay and the three South East areas have moved to this government model and the feedback has been that it’s quite a successful model.

"In 2017, there was consultation with the local leagues and they decided to progress to unify under the one banner of FNQ Rugby League.

"I guess what’s worked for the last 50 years may not necessarily work for the next 50 years, so it’s timely that we looked at different government structures and hence FNQ Rugby League was born and obviously developed.

"Those three junior leagues – Eacham, Cairns and Innisfail – all decided to dissolve themselves and join in with FNQ Rugby League."

The new corporate governance model will provide a united direction for development, marketing, governance, and competitions and streamlines the previous structures that differed from league to league.

"All of the clubs have bought into it and happy to be part of it, given there will now be an overarching governance structure across all three different areas of junior rugby league who previously had their own structures and owned governances in place," White said.

"Some were different to others and some weren’t working quite as well as they potentially could, so this gives an overarching board that it can feed in to."

"The common goal [of our Board] would be to provide a streamlined and professional supporting body that’s going to help rugby league prosper and grow in this region... that would be the ideal," White said.

"By amalgamating them all into one, you definitely build strength and that’s going to be part and parcel with this new structure and set up.

"I think in future, it will also embrace the surrounding areas such as the Torres Strait and Cape York and potentially into senior rugby leagues like the Mackay model has, which would then provide a clear pathway for young boys and girls in this area - be they aspire to play senior rugby league and then aspire even further to play at Intrust Super Cup level.

"Of course, as we know out of around 3000 junior players, those making the NRL would be in single digit numbers, so a reasonable goal would be that players come through this region and can play at Intrust Super Cup level with the Northern Pride and retain that local feel and flavour about it."

Whilst only amalgamating the three junior leagues into the new governing model at present, the passionate rugby league administrator says the future goal is to embrace all of rugby league in the far north.

"At the moment, the focus is on getting this [governance structure] bedded down with the junior rugby leagues," White said.

"The future model may very well incorporate the senior rugby leagues and that will be something that they will potentially decide and agree to.

"But certainly in my mind down the track, the future will embrace all of rugby league in Far North Queensland so there is linkages and consistency across all governance areas in this region." 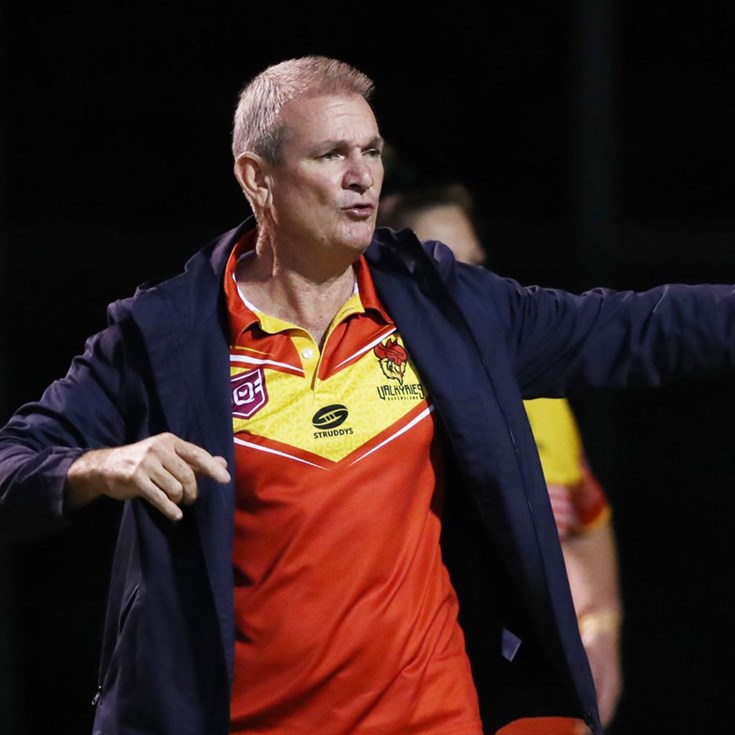