Queenslander Chris Walker is walking from Cairns to the Gold Coast, covering a brutal 1757 kilometres over 66 days to raise awareness and much-needed funds for charities.

Walker will be trekking through rugby league heartland during his journey, and with the support of the Queensland Rugby League and Puma, will conduct a series of club visits and rugby league clinics along the way.

It’s a huge challenge but each of the 2.5 million steps the former NRL and Queensland Maroons star takes will assist Australians currently doing it tough as this initiative is directly raising funds for Beyond Blue, RizeUp Australia and the Alcohol and Drug Foundation.

Demand for the specialist services offered by all three charities has been at record levels over the past 18 months - a fact not lost on Walker, who wants to help everyday Australians with every step of his walk.

“Beyond Blue has experienced unprecedented requests for specialist services, and it’s evident that Australia’s mental health has really suﬀered during the past 18-24 months,” Beyond Blue chief community oﬃcer Patrice O’Brien said.

Walker is partnering with new charity fundraising platform Fund My Challenge, a challenge-based charity app which has been created to revolutionise the giving process.

This incredible initiative kicks off in Cairns with the “Walk of a Lifetime” Charity Sports Luncheon on Friday, April 23, before the walk gets underway on Monday.

A former elite athlete, Walker knows first-hand what it is like to overcome challenges.

“The walk is my way of helping them to fight back and assist those who have felt the impact of poor mental health, suicide, drug and alcohol, and domestic violence abuse.”

The walk route has been designed to take in the Cowboys versus Broncos game on May 8 in Townsville, where Walker will walk into the stadium with close friend and former Queensland rugby league star Carl Webb, who is currently battling motor neurone disease. A special function being organised prior to the Cowboys versus Broncos match will raise funds for the Carl Webb Foundation.

The walk then continues south, arriving in Brisbane in time for Origin Game II at Suncorp Stadium on Sunday, June 27.

Walker plans to reach and engage with as many communities as possible, as well as connecting with children at Good Sports Clubs across regional Queensland and promoting the amazing work they do.

Founder of charity app Fund My Challenge, Theodore Vairaktaris, is proud of the difference the platform will make to the fundraising process.

“Fund My Challenge is different as we put transparency before transaction with a strict vetting process in place which ensures we only work alongside charities who freely disclose how the money they raise is spent,” Theodore said. 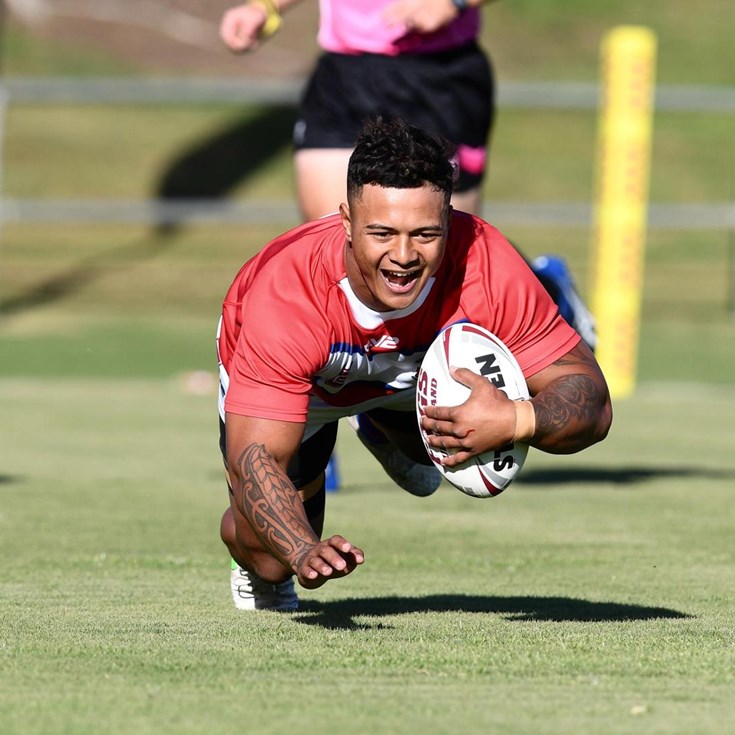