A chance to become back-to-back premiers is up for grabs for Tweed Seagulls in this weekend’s Auswide Bank Mal Meninga Cup grand final.

The Seagulls booked their spot in the big dance after proving too strong for Wynnum Manly Seagulls last weekend, winning 18-40.

Seagulls coach Tim Maccan said the whole squad and coaching staff would travel up to Townsville for the game against the Blackhawks this Saturday.

“We knew Wynnum were a class outfit and had some good quality players in their team, so we had to make sure we stuck with them for the first 20 minutes,” Maccan said of the semi-final win.

“[At half-time], I just challenged the boys to complete at a high rate and keep sticking to the game plan of turning their big middles around.

“If we did that, we knew that we would have a chance to get over the top of them in the back-end of both halves and get the win, and that’s basically what happened.”

Maccan said the season had been slightly different to past years, but he was proud of how his side had adapted and made improvements every week.

“We are grateful for the QRL and the procedures they’ve put in place which has allowed us to play, and the boys have been really good at making sure they’ve adhered to all the rules in place, because they know if they don’t do it, they might not be able to play,” Maccan said.

“For us [this season], I think for us it’s been about continually learning, and we’ve been building every game except for a little bit of a hiccup against Burleigh.

“They’ve always wanted to come to training and get better and I’m pretty proud of them always turning up with a smile on their face and always being willing to learn and I think it’s shown with our results.”

The continued success of Tweed has made them a powerhouse in the Auswide Bank Mal Meninga Cup and Maccan said their team mentality was what had brought them their recent success.

“The coaching staff and the players I’ve had in the past have been really good about buying into the team,” Maccan said.

“We’ve had some really quality individuals like Tom Dearden and a 17-year-old Xavier Coates [both in 2018] and they bought in as well.

“That’s what makes us successful, our team mentality.”

Player to bank on - Deine Mariner

Maccan called for his squad to continue their performances this weekend and to not be fazed by the offensive prowess on offer for the Blackhawks.

“I’m just looking for a final 70-minute effort where we keep sticking to the plan as much as we can, but they’ve done all the hard work to get this far and it would be a shame not to go on with it,” Maccan said.

“They’ve definitely got some strike power all over the park there, and if you look back at their results, they’re not shy of scoring any points.

“It will be about keeping their strike players to a minimum and keep turning their back forwards around and in the backend of the halves, trying to get some results but it’s going to take a big team effort to win the game.”

Maccan said Tweed were getting used to playing away from home in finals clashes and must win games.

“Our backs are against the wall, we’ve got to go to Townsville to play Townsville, last week we had to play Wynnum at Wynnum,” Maccan said.

“I think back to the previous years where we’ve played semi-finals, we had to play Wynnum at Wynnum in a state final in 2019 and in 2018, we had to play Souths at Davies (Park).

“We’ve always had to try and win away from home, that’s the way it’s happened the last couple of years, so I’m just hoping they are firing and ready to go.”

If the side are to go back-to-back, they will have to do it without influential forward Jack Cullen who was handed a two-match ban following the semi-final win.

The game will be broadcast live and free on QRL.com.au, the Intrust Super Cup app and on the QRL Facebook page. 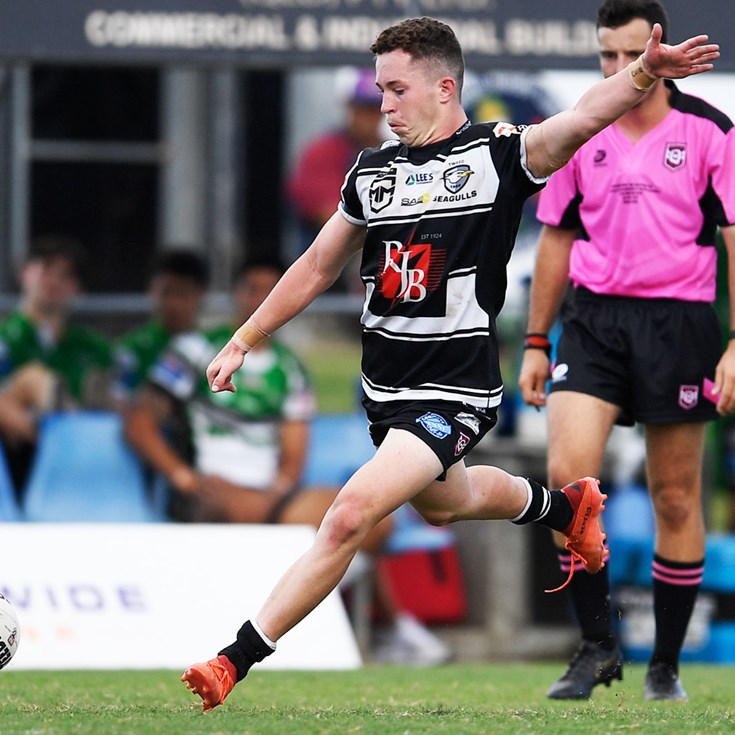 Presented By Auswide Bank 2 weeks ago
13