Souths Logan Magpies will be keen to keep their strong form alive against a desperate Northern Pride when they take them on in Round 4 of the Hastings Deering Colts competition this weekend.

Magpies coach Lincoln McLeod was content, but not ecstatic, with his side's season to date.

“Winning is important, but it’s how we’ve won which has been bittersweet in some ways,” McLeod said.

“Our completion has been below 60 per cent on average this year, but because we are really buying in defensively as a unit, we’ve been able to come away with some wins.

Coming off a 42-16 loss against Norths Devils, Pride coach David Scott said the start to the season had been tough and a big learning curve for his squad.

“We’ve got a young team and the increased level of intensity and expectations has been a bit of a shock to some of the young fellas,” Scott said.

“We struggle to handle big moments due to our lack of experience and that’s the area I’m concerned with, the ability to stay in the game.

“Technically and tactically in defence, we have been pretty poor and that has had a knock-on effect to everything else.”

In contrast, the Magpies are coming off a strong 28-10 win against Mackay Cutters where McLeod was impressed with the defensive resolve his side put in.

“I thought our defence and our defensive discipline was really strong, especially in the second half," McLeod said.

“To hold a determined and committed Cutters scoreless in the second half was really impressive.”

Looking ahead to this weekend’s clash, McLeod was sure of the Pride’s intentions and how his side would look to combat them.

“I’ve got no doubt that their forwards are going to get up in our face and then they will try to go around us with a really good set of halves and two big, strong centres," McLeod said.

“I think, across the board and in most teams, you have to earnt the right to go forward.

“My forward pack are always putting their hands up to go for a run, so I know we are going to go hard up the middle and I know they are going to be there to match it.”

Missing a lot of players this weekend, Scott called for his side to be more competitive and for some of his younger squad members to stand up against a quality Souths outfit.

“I’ve watched a bit of Souths and they have some big boys in the middle and I think in the majority of 21s games, if you can win the middle and control the ruck, you can put some pressure on the edges,” Scott said.

“It’s a chance for other young boys to come in and get some exposure and hopefully the development is there, and they can showcase where they need to be at.

“A lot of them think they are at a level but they’re not there yet.”

McLeod believed his side, despite their injury toll, were capable of going deep in the competition due to their ‘next man up’ philosophy.

“I know the calibre of what we have, but I also know the calibre of players we have lost through injury and I know injuries are part and parcel of any competition, but we are working really hard with our entire squad to make sure that the next man up is ready if and when he gets called,” McLeod said.

“But to use the old adage, we are taking it one week at a time, making sure we are maintaining standards and where possible, elevating those standards.

“You can have depth, but if they’re not going to work as a team, they will get their pants pulled down by a lesser team of no names who are working hard for each other.”

Scott singled out halfback Seamus King-Smith, second rower Taniela Ta’ufo’ou and prop Colt Salmond expected them to continue their impressive performances and lead the side this weekend.

“Salmond has been good, he’s one of our older boys and is technically very good and has a good engine,” Scott said.

“Taniela’s attitude, demeanour and resolve as a player is everything we are looking for as a club.

“[Seamus after his rugby union background at IGS] is steadily growing into a rugby league player and is showcasing some signs for the future with three years still left in the system.”

McLeod had been impressed with the development of his whole squad, but made particular note of Byron Johnson.

“We’ve played him fullback, wing, and he will be in the centres this weekend,” McLeod said.

“He has demonstrated he is quite athletic, has a strong carry and is turning up in all the right places and is a handy goal kicker as well.”

Ipswich will be looking to grab their first win of the season but to do that, they will have to go through a Tweed side who are looking to bounce back after a 44-20 loss against Redcliffe.

Both sides are two wins and one loss after the first three rounds but the Capras will hold the advantage, being confident after a 28-20 win after the Jets while Wynnum went down 32-22 to the Tigers in Round 3.

Redcliffe, after notching up a 44-20 thumping against Tweed will be looking to go back-to-back but Townsville will be determined after a narrow two-point loss against the Falcons.

The Devils downed the Pride 16-42 while the Bears thrashed the Mustangs 54-34 meaning both sides will be keen to continue their winning streak.

The Tigers are looking to go three wins on the trot against a Mustangs side who are down on confidence after a Round 3 thumping and a winless season to date.

The Falcons sit high atop the ladder but the Capras, who gained confidence after their Round 3 win, will be looking to take them down a few pegs this weekend. 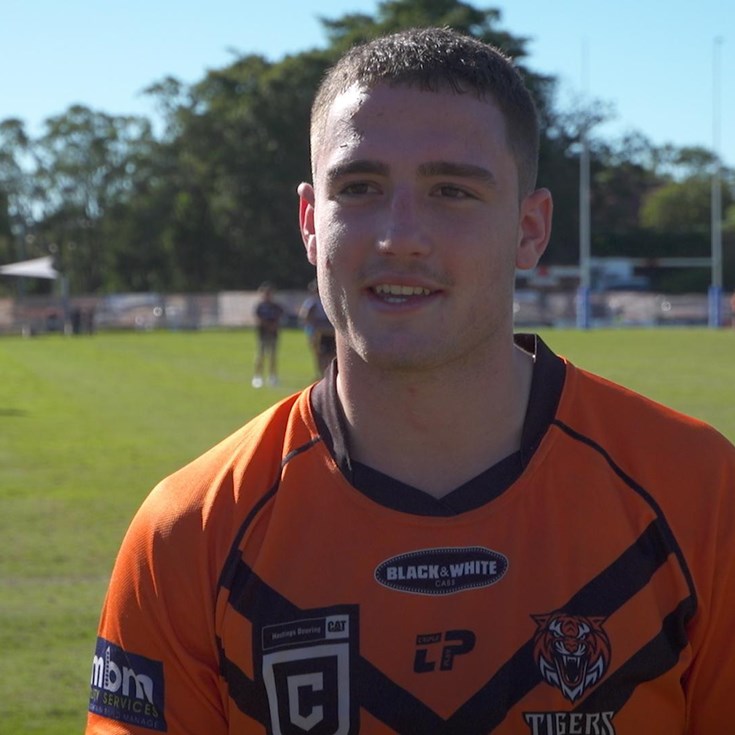 Bears and Capras look to build on recent success