The Storm head to Magic Round coming off one of the best performances by any team this year while the Dragons snapped a three-game losing run against the last-placed Bulldogs.

Winger Josh Addo-Carr made history and stole the headlines with his record-breaking six-try haul against the Bunnies in a 50-0 thrashing in round nine, in part overshadowing what was a wonderful all-round team performance.

Having lost three on the bounce since their impressive round six win against the Eels, the Dragons just needed to win against Canterbury and they were able to do that courtesy of a strong second half.

However it will be a big step up in class against the high-flying Storm, who dominated the only previous iteration of Magic Round with a 64-10 demolition of the Eels in 2019.

Storm: Ryan Papenhuyzen returns from a shoulder injury at fullback, with Nicho Hynes moving to five-eighth and Ryley Jacks to the bench. Tyson Smoothy will start at hooker, with Kenny Bromwich shifting to the back row and Tui Kamikamica to come off the interchange.

Chris Lewis dropped out of the side on game day, with Dean Ieremia the 18th man.

Brandon Smith is suspended while Harry Grant (hamstring) and Cam Munster (foot) are both injured.

Aaron Pene and Trent Loiero dropped off the extended bench 24 hours before kick-off.

The Storm have scored 40 points or more in five of their past six games.

Dragons: Cody Ramsey returns on the wing, with Max Feagai shifting to the bench and Kaide Ellis bumped to 18th man.

Mikaele Ravalawa returns from suspension on the wing in place of Mat Feagai while Poasa Faamausili replaces round nine debutant Junior Amone on the bench.

Tom Amone dropped out of the playing squad on game day while Jackson Ford and Adam Clune were omitted from the reserves list on Saturday.

The Dragons have scored 30 points or more in three of their past four games against the Storm.

Jahrome Hughes v Ben Hunt: Hughes has been one of the form players of the NRL this year as well as being one of its most improved, stepping up admirably since the retirement of Cam Smith to help guide his team around.

Dragons skipper Hunt has also been impressive and was badly missed while sidelined with a leg injury; he will need to replicate what he produced early in the year if the Dragons are to forge an upset here.

In the past five meetings between these teams, there has been on average 59.6 points scored per game with each team scoring at least 14 points in each clash. 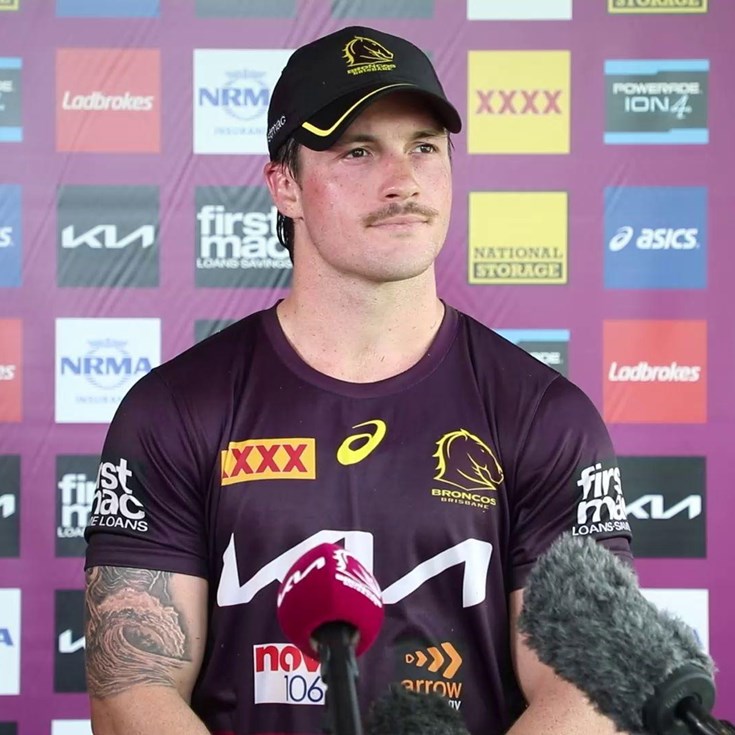 Why Bellamy brought Kevvie into the sheds before the game

Melbourne edge past Dragons in the wet