The Valleys Diehards are through to the inaugural BHP Premiership decider, defeating the West Brisbane Panthers 28-10 in the 1 v 4 semi-final at Totally Workwear Stadium on Saturday afternoon.

The game of football was worthy of any knockout semi-final and the final score was not a true indication of the closeness nor the toughness of the game.

There was real pressure on the Diehards right till the final hooter sounded.

The minor premiers continued on their unbeaten run with their strong win coming in a match of two halves.

The 16-6 half-time score saw some fierce defence from both sides and crisp back-line movements resulting in four great tries.

An early bullocking try to Kody House in the third minute - converted by Ali Brigginshaw - saw the minor premiers lead 6-0.

A double to Taylor-Adeline Mapusua in the 15th and 33rd minutes - again featuring superb right side back-line movements totalled Valleys' 16 points and an equally-strong try in the corner by Panthers left centre Lauren Dam i after some strong forward runs in the 27th minute, kept the contest open at the half-time break.

The first 35 minutes saw play move from one end of the field to the other with the usual and expected strong defence by Valleys enabling them to get on top of the opposition.

The second half, after what would no doubt have been an emotional and encouraging dressing room talk by coach Craig Green saw a very determined West Brisbane Panthers team come out and really put Valleys to the sword.

Similar to last week, the old saying 'defence wins matches' again rung true and  certainly applied to this match, particularly in the second half.

Valleys coach Scott Prince was extremely happy with all the performances today and every player gave their best for the team - the inspired defensive effort in the second half laying the platform for the win.

Green acknowledged that his young, enthusiastic side - including lots of 17 and 18-year-olds - have been building towards the finals series all year.

Several of his younger players have been included in the Queensland Under 19 girls extended squad which is an example of the youth in his squad.

Tries to Valleys in the second half were scored by Kody House after a mid-field break by Brigginshaw in the 63rd minute, and a neat scoot by Patrice Chambers in the 69th minute sealed the match.

The Valleys captain kicked four conversions for the match and had another of her inspiring games as the side's leader.

Two-try hero Kody House - a second-generation Valleys Diehard - was the Hastings Deering player of the match.

Mapusua was a close second behind House with her destructive running game today, also picking up a double in a dominant performance.

The Panthers tried hard, only 10 points down at the break and were extremely unlucky not to have scored more points in the second half where they continually pressed the Valleys line.

They camped themselves in or near the Diehards red zone for 25 of the 35 minutes; however, could only manage one try to Levu in the 49th minute.

The Diehards will now prepare to face the Burleigh Bears in the decider after the 2020 Holcim Cup winners came-from-behind to down the North Queensland Gold Stars 18-16 in a thriller.

The grand final will be broadcast live and free on QRL.com.au and the QRL Facebook page from 4pm. 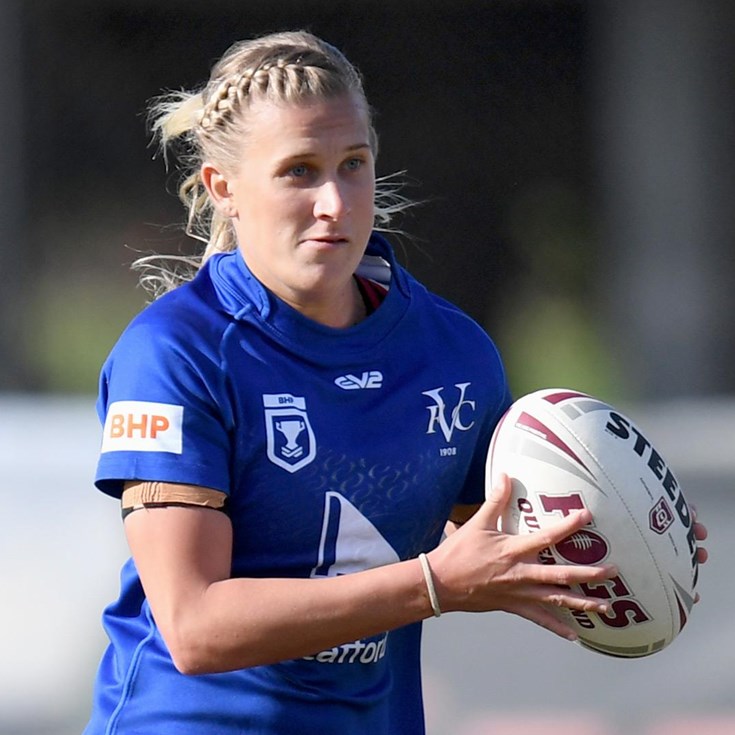