The Harvey Norman Queensland Under 19s representative has the makings of being a poster girl for women’s rugby league with the smile, smarts and skillset to take the game by storm after making the switch from sevens rugby.

In five undefeated games for the Burleigh Bears this year in the BHP Premiership, she scored seven tries, made seven line breaks and had one try assist.

That included a two-try display in the 24-20 win over Valleys in the grand final where Faifua was outstanding.

After playing in the halves for Burleigh in the Harvey Norman Under 19s competition the former sevens rugby star switched to centre and wing for the BHP Premiership side where she was just as impressive.

“My goal now is to make an NRLW team. I know I still have a long way to go and a lot to learn but that is my end goal,” Faifua said in Harvey Norman Queensland Under 19 camp.

“Playing at Burleigh with girls like Z [Zahara Temara] and Tamika Upton who are in the NRLW has made the game more enjoyable for me personally.

“They teach me new things and they improve me as a player.

“When I got asked to come in and train with the Burleigh girls I was nervous at first but excited that I got the opportunity.

“After taking out the premiership, that was the best feeling. Those girls are all like family to me now.”

You couldn’t script a first season of rugby league like it and the year is far from over.

“I have no words for it. It is amazing,” she said of her introduction to rugby league.

“She has a big sevens background so I knew skill-wise she was right up there. It was just a matter of learning the game because she hasn’t spent that much time in rugby league,” Norris said.

“Jetaya can pass twenty metres left or right while on the fly, she has really good footwork and her one-on-one defence is really strong.

“It was interesting to see her transition to league and she picked it up really quickly. We threw her into the halves for under 19s with Burleigh and then out wider for the BHP team.

“She is only 18 at the moment so she is quite small but she still packs a lot of punch. She is so strong and I think she has a big future in the game.

“She has a lot of variety in her game and can play a lot of different positions so it is a good opportunity for her to learn as much as she can with the Queensland under 19s and then specialise in a position that she wants to play.”

Faifua showed in the BHP Premiership decider that she is a big game player, a good sign for Queensland ahead of their showdown with New South Wales at the Sunshine Coast on Friday.

“In the grand final she also took a couple of high balls for us and didn’t once flinch... and that was pressure in a grand final where we had to come from behind. She did her job and she did it well,” Norris said.

Faifua is a keen student of the NRL and has a lot of time for the way Cameron Munster goes about his work.

“This is my first year of playing rugby league after coming from a touch and sevens rugby background. After a while of playing sevens and falling out of love with it, I thought I’d give league a crack,” she said.

“I’ve grown up watching the NRL and I’ve loved watching Cameron Munster do his thing. Munster is a character and the way he plays his footy his skills just seem to flow for him. I also like to play eyes-up footy and see what is on.”

“I’ve always wanted to be a physio but otherwise, as of late, I want to do sports psychology,” Faifua said.

“There are a lot of girls who go through injuries or suffering with mental illness and for them to get on the field and overcome what they have been going through, I have a lot of respect for people who do that.”

Faifua has shown the mental strength and application to come back from her own challenges.

“I had bursitis in my knee which kept me out for quite a while in 2018 and that put me behind in my sport,” she said.

“Pretty much every time that my knee hit the ground it would swell up and I couldn’t walk for days, so I had to work harder to get back up to where I was.

“Injuries are always hard to overcome mentally and physically.”

Harvey Norman Queensland Under 19 coach Kelvin Wright, who was also impressed by Faifua’s displays with Burleigh, is excited about what she will bring to the table for the side.

“The great thing about Jetaya is that, while  she hasn’t been playing league that long, she has the ability to play numerous positions,” Wright said

“We will keep it nice and simple for her. We just want her to get her hands on the ball and play her natural game.” 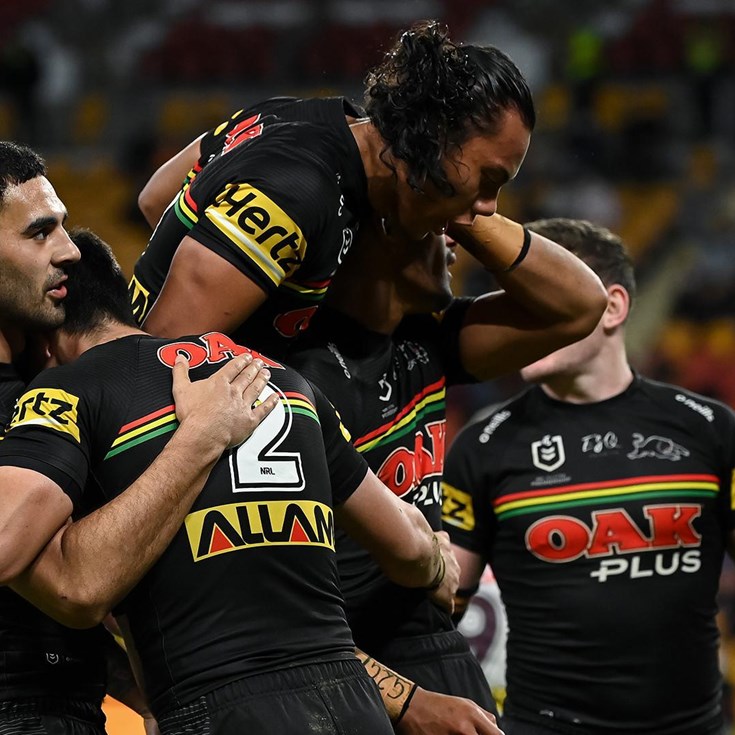