Tom Dearden still hasn't belted out the Cowboys team song but the halfback is loving life in Townsville and can feel his game growing under coach Todd Payten.

The 20-year-old last tasted victory in the NRL with the Broncos in round three and is winless from five matches for North Queensland.

Payten last week praised Dearden's mid-season transition, describing him as being "wounded in a few ways" from a turbulent time at Brisbane, but the talented playmaker insisted he isn't looking back.

"Down at the Broncos, it probably was a bit of a tough experience, but I've moved on from that now and I'm up here," Dearden said.

"I'm working really closely with the coaching staff and they're helping me a lot with my game and my composure. I feel like I can really improve and become the player I want to become up here."

Dearden said he's been made to feel "really welcome" by the Cowboys squad while Payten has instilled him with confidence by "encouraging me every week to just play my own game".

"I think I've started to put my performances together on the field. I feel like I am improving every week, so that's a good thing," he said.

"It is a bit frustrating and disappointing [not to be winning]. Every week you go out there and do your best to win the game and it's been a while since I've been able to have that feeling coming off the field.

"It's a motivating factor every week to win the game, but the fire in my belly is even more now that it's been a while since I've won."

However, Dearden may have to wait at least another round to get back in the winners' circle with the Cowboys facing a Storm team shooting for 15 straight victories at QCB Stadium on Friday.

It'll be a baptism by fire for North Queensland debutant Kane Bradley with the 21-year-old named on the wing.

"I only found out this morning, but I'm super stoked. It's something I've been working towards for a long time, so I'm really grateful to get an opportunity," said Bradley, who came from Wests Tigers.

"I wasn't really expecting it. We were just doing our screening before we go out on to the field like a usual training session. Toddy came across and told me I'd be playing Friday, so I'm pretty stoked."

A former second-rower, Bradley is listed as 196cm tall and weighing 107kg, so he should have no dramas handling the physicality.

"I think just coming out of yardage, a big body, getting the team on the front foot - that's what I'll try and do," Bradley said.

Payten said Bradley will "run hard, so I'm excited to see how he goes".

Get Caught Up: Round 18 must-see moments

After a promising effort in last week's loss to the Roosters, the coach is under no illusions about the challenge Melbourne present.

"We're going to have to do it for longer. The Storm and the Roosters are battle-hardened teams and they can compete, they put you in the deep end consistently," Payten said.

"I thought there were periods on the weekend [where] we had a few guys make some decisions about themselves, not about the team. That was some feedback in our review."

Captain Jason Taumalolo trained on his own on Tuesday and Payten said the star lock carried an ankle injury into last week's match.

"It's just a management thing," he said.

In footy and in life, be there for an offload

Meanwhile, the exciting Hamiso Tabuai-Fidow has been named to play fullback again with Queensland State of Origin teammate Valentine Holmes still recovering from a shoulder injury.

"Val's out for another two or three weeks, so [the No.1 jersey] is Hammer's for the moment," Payten said.

And while North Queensland's finals hopes are fading fast with seven rounds remaining, Payten isn't yet calculating how many games they'll need to win to scrape into the top eight.

"It's the furthest thing from my mind at the moment," he said. "We're improving on the performance, improving on last week.

"I haven't even considered finals." 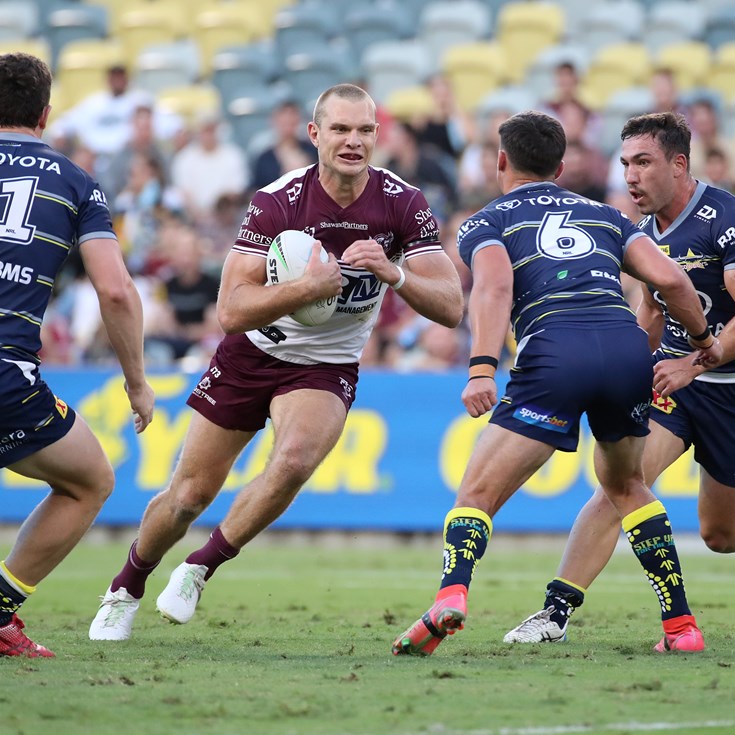 Payten takes positives in form of Hammer and Dearden