Without Gillian Bann, rugby league in Yarrabah wouldn't be where it is today.

It would be highly unlikely the community would unite together on the sidelines of Jilara Oval each home game and the township's youth wouldn't have the opportunities created by her priceless dedication and commitment to the greatest game of all.

As a descendent from the Gunggandji tribe of the Guru-Buna and Guru-Gulu clans, Bann is a lynchpin for the club and a mother figure for so many in her local Indigenous community located 50 kilometres east of Cairns.

As a passionate advocate for rugby league, her incredible commitment to making a difference has earned her this year's Queensland Rugby League Harvey Norman Female Contribution Award.

Her journey in the sport began in 1986 when her husband Sam was playing for Babinda.

"My husband used to play for the Babinda Colts back in those days. I think there were quite a few of us at the time who wanted our young kids to play footy, so we got together and formed the committee and entered into the competition at Innisfail," Bann said.

"I spent a couple of years there and then we went away for a while, but that didn’t stop us from being involved."

Relocating to Mornington Island and Bamaga during the 1990s, in 2000 she found herself back at home.

"2000 was the year Yarrabah got accepted into the Cairns District competition, but to enter into the comp, they had to have a junior base," Bann said.

"So that meant we had to move from Bamaga back to Yarrabah. I was involved in the committee and we had kids going to play Cairns.

"In 2005, we moved back to Mornington Island before coming back home again in 2014 and I've been involved in the club since then as a committee member."

As the current junior president Yarrabah, Bann said it was the beaming joy rugby league brought to her local community that inspired her to make a difference.

"I love the game. I really love seeing the faces of children enjoying themselves on the field when they’re playing," Bann said.

"I would rather have the kids being physically active out there and engaging in it (and) interacting with the wider community as it creates opportunities for them.

"Every job is a career opportunity for our kids and it’s the same as sport as well.

"My involvement in the game – I have coached and helped in other ways with young kids and it's about creating opportunities.

"It’s also all about healthier lifestyle choices for our children."

The Seahawks' women's team has been a catalyst to the success of junior participation in the small Indigenous community with more than 120 players in 2021, including the highest number of female registrations in the under 6 - 12 age groups in Far North Queensland Rugby League.

But the senior women's team nearly didn't get off the ground until Bann used her past experience to spark interest.

"At the beginning of the season, we struggled with getting a team so I went around and did some engagement with some girls and said… 'come on, have a go', Bann said.

"I told them my story that I played the game, reffed the game and it’s all about going out there and enjoying yourselves and making new friends.

"We spent practically three days a week having sign-ons along with the juniors as well to make up the teams.

"Usually the girls will have a barbecue night each week and have a women’s business meeting. So they’ll invite me along and I’ll mentor them a bit and make some suggestions.

"I also like to sit on the bench with them and mentor them each game."

At the helm of an all-female executive committee, the female influence in conjunction with the club's women's team has been a motivation for more and more young girls to take up the sport, including Bann's granddaughter.

"From the very first game the ladies played, a lot of young girls were on the sideline cheering them on and just encouraging them," Bann said.

"But my granddaughter who was sitting with me said 'Nanna… I feel like I want to play football'.

"There were quite a few families who were at that particular game and the very next week, they were just coming in numbers just signing up where we had make two teams in the under 9s and there were even more coming wanting to play."

Bann said without rugby league, the Yarrabah community would be a completely different place, being the vehicle that unites the community each week.

"Rugby league means everything. Without rugby league, Yarrabah would be a ghost town," Bann said.

In recognition of her fantastic contribution, Gillian receives a $500 Harvey Norman gift voucher with Harvey Norman sponsorship general manager Sam Waters proud of the measurable difference she has made to the local community.

“Harvey Norman is immensely proud of its long-standing partnership with Queensland Rugby League, providing the opportunity for females to be involved in the greatest game of all,” Waters said.

“Gillian’s hours of dedication to ensuring rugby league prospers has not gone unnoticed this year, with the incredible growth seen in Yarrabah and her passion and drive to increase the number of women playing the game is something we really admire.

“We want to congratulate Gillian on the award and not only thank her for her contribution to the local Yarrabah community, but also thank all that dedicate their time and effort to provide an opportunity for women to play rugby league.”

Gillian is also Queensland's nomination in the NRL Community Award's Female Contribution category, which will be announced later next month. 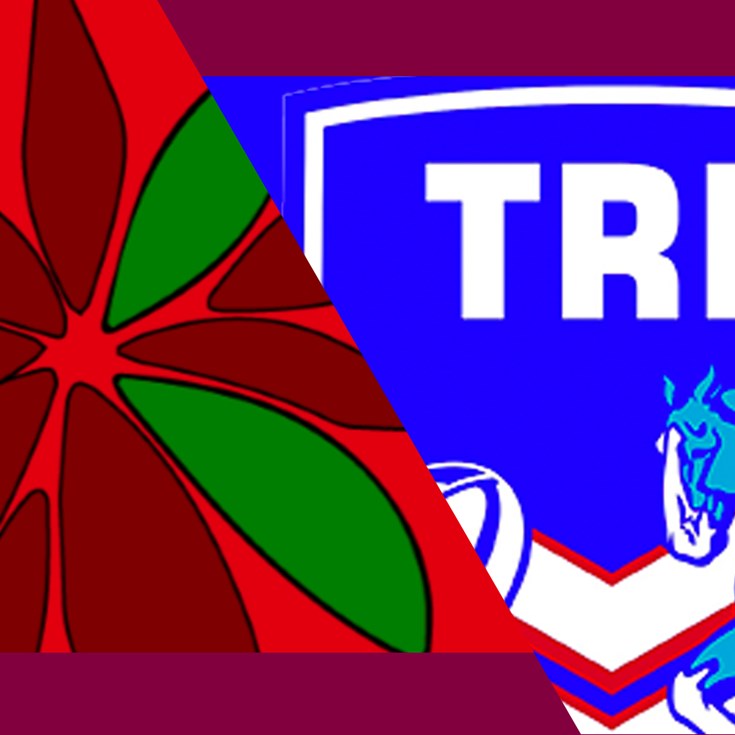