Parramatta enter the 2021 Telstra Premiership finals rested, with key returnees set to provide an additional boost and their recent win over Melbourne still fresh in their minds.

Their elimination final will close out the first weekend of the finals on Sunday at 4.05pm at Browne Park, Rockhampton.

Coach Brad Arthur, who rested a host of key players, was surprisingly upbeat after the Eels' 40-6 final-round loss to Penrith.

The spirit his team showed against a full-strength Penrith line-up left Arthur buoyed as Parramatta contemplate a challenging road to the title.

Parramatta will need a positive mindset after their finals campaigns in recent years have ended in untimely heartache.

Newcastle, who took advantage of a friendly draw to surge into seventh place, also took the opportunity to rest stars and coach Adam O'Brien was equally optimistic following the Knights' 35-22 loss to Brisbane.

Only time will tell whose confidence will be rewarded.

Eels: Parramatta will start 1-17 with Tom Opacic the 18th man.

Ryan Matterson has been ruled out after being omitted from the top 17 on Tuesday.

Matterson hasn't played since round 22 due to a high tackle suspension and Arthur said his lack of game-time was part of the reason he didn't bring the second-rower into his 17.

The Eels coach believes the players named ahead of Matterson are the best options to get the job done against Newcastle.

Reagan Campbell-Gillard will return from a groin injury while Clint Gutherson (knee) is good to go.

Joey Lussick is out with a calf strain with Ray Stone named to start at hooker after playing lock last week.

Will Smith (lip laceration) has pulled up OK and is expected to share dummy-half duties.

Matterson and Jake Arthur were omitted from the extended bench 24 hours before kick-off.

The Eels have won their past three games against the Knights.

Knights: In a minor change announced an hour before kick-off, Sauaso Sue will start at lock with Connor Watson moving back to the interchange. Simi Sasagi will be the 18th man.

Star front-rowers David Klemmer (ribs) and Daniel Saifiti (knee) are ready to after getting through Saturday's captain's run.

Coach Adam O'Brien confirmed Klemmer will need a pain-killing injection due to his cartilage issue.

Klemmer was on light duties in the lead-up to the clash with Tyson Frizell indicating on Tuesday he would train under no contact restrictions before being padded up for the game.

Daniel Saifiti's likely return will come after almost a month on the sidelines with an MCL injury.

Sauaso Sue (hamstring) will be monitored in a bid to take his place in the line-up for his first career finals appearance.

Phoenix Crossland and Jack Johns dropped off the reserves list on Saturday.

Only seven Knights players have experienced a victory in a finals match.

Mitch Moses v Mitchell Pearce: The Eels play-maker banished his struggles with an influential display against the Storm. Coming off a week's rest Moses will be primed to have Parramatta's potent attack humming.

Veteran rival Pearce was taken from the field after 45 minutes against the Broncos to keep him fresh for this sudden-death showdown. He will be looking to make the most of his burgeoning partnership with mid-season transfer Jake Clifford.

Parramatta are the NRL's offload kings, finishing No.1 for the third season in a row. The Eels (302) popped just under three passes for every two offloads produced by the 11th-ranked Knights (216). 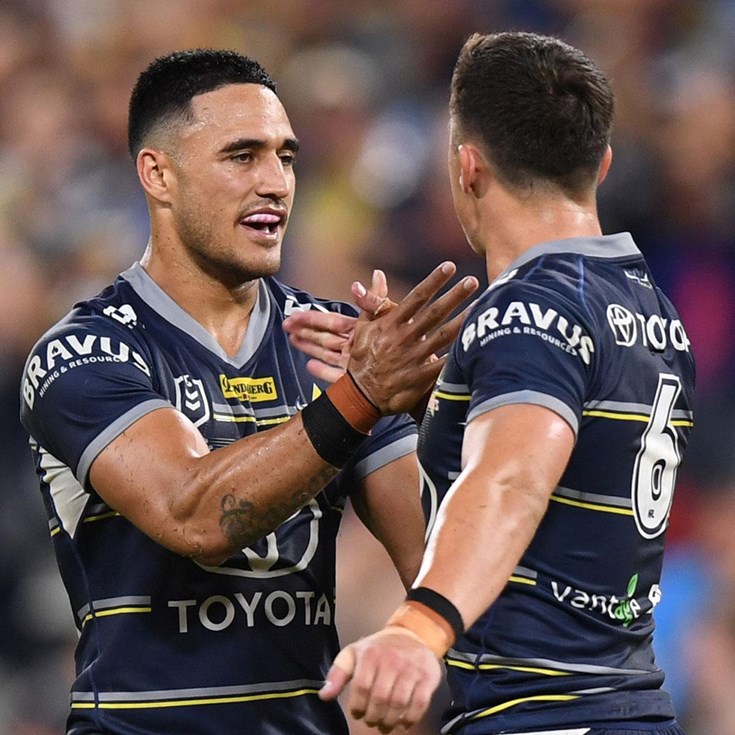