There is nothing like a grand final to bring into stark relief the highest of highs and the lowest of lows in the game of rugby league.

There can only be one winner – but how teams and players respond to a loss in the biggest game of the year can build them up for future success.

This year, the grand final match day program bore the Campagnolo name in the two match ups, with brothers Jack in the Intrust Super Cup and Benn in the Hastings Deering Colts, both involved in two fantastic games.

While unfortunately for them, the pair came off second best on the ledger, being part of the theatre of the day was an achievement they should celebrate, as playing in a grand final is not something to be taken for granted and also something only a select group of players get to do.

The Colts decider went into extra time, with Wynnum Manly avenging their 2019 loss to the Sunshine Coast with victory against Benn’s Townsville Blackhawks, who had performed well all season, finishing second on the ladder as well against the minor premiership-winning Seagulls.

“It was definitely a grinding game, the boys put everything that we had left in the tank,” Campagnolo, who made 85 metres from 11 runs, including two tackle breaks and made 20 tackles, said.

“(It was) what we worked for all year, but we just felt short, which was pretty unlucky because I thought we deserved it, but they obviously got the win in the end.

“We went pretty well (this season); we lost a few games there by a few points, but I was pretty happy with how the boys went this year.

“The spent everything in the tank, definitely couldn’t be prouder of them.

“It was pretty good, definitely haven’t had this in the family before but it was pretty exciting.”

Both Benn and Jack, who are eligible for selection for Italy in next year’s Rugby League World Cup, moved away from the Northern Pride to join with new clubs for the 2021 season and made a new homes for themselves in their competitions.

Benn was a strong performer for Townsville where he also made his Intrust Super Cup debut in Round 7; while Jack signed on with Wynnum Manly Seagulls and played his way into this year’s Cup Team of the Year at five-eighth.

The younger Campagnolo has been described by the club as “a really versatile player”, filling in at many positions this year and has a bright future in the game. Starting in the centres initially, he made his Cup debut on the wing, scoring the winning try against Mackay Cutters, and finished the season for the under 21 side in the second row.

Jack can also look forward to more progression in his game after his decision to move out of his comfort zone to join with the Seagulls saw him play some of the best rugby league of his career.

The Cup final against Norths Devils was in the balance until the final minute of the match, and he was moments away from signing off the season in emphatic style.

Speaking after the game where he produced a try assist, one line break assist, two tackle breaks, 17 tackles and 143 kick metres, Campagnolo was philosophical in defeat and said the club would regroup and refocus on making it third time lucky next season after they went down in 2019 decider to the Burleigh Bears.

“We had our chances, but we just didn’t take them today unfortunately,” Campagnolo said.

“I thought we did everything right leading up into it, but like I said, we didn’t take our chances.

“I thought we had a great season though... I loved every minute of it with the boys, so wouldn’t change a thing.

“Hopefully next year, we can build bigger and better, and hopefully do what Norths did because it’s not a very good feeling what we are feeling and I don’t want to feel it ever again... pretty sure everyone agrees.”

Relive all the emotions of grand final day below. 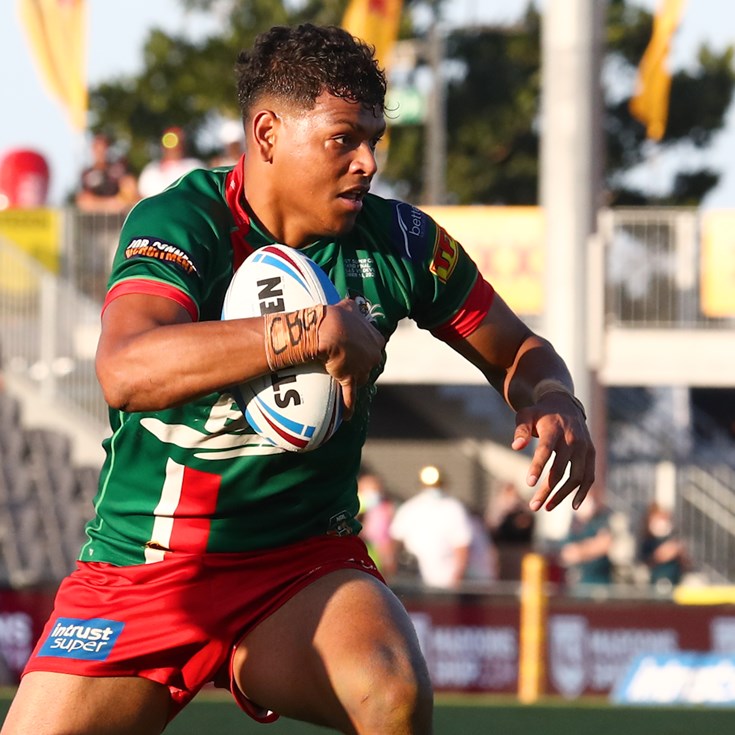 'It's been a journey' - Rohan Smith