Melbourne's 2021 season was one of almost total dominance and should be remembered for far more highs than lows.

A record 19 straight wins from round three was easily a club and NRL-era record and equalled the all-time mark set by the 1975 Roosters.

That they were able to achieve such incredible form in the year after one of the greatest players ever to lace on the boots retired is even more remarkable.

That they were also able to do so with that man's nominated successor absent for long stretches along with their first-choice fullback is even more impressive.

It will be of huge frustration to coach Craig Bellamy that the side saved their worst performance of the year for the grand final qualifier but 2021 is nevertheless another remarkable chapter in Bellamy's stunning coaching career.

The Storm started the year with back-to-back tough away losses to the Eels and Panthers in rounds two and three, leaving them briefly outside the top eight.

That unfamiliar situation didn't last long as they set about racking up 19 straight victories, many of them by enormous margins, breaking point-scoring and differential records along the way.

They lost just one more game through the regular season, again to the Eels in round 24 with the all-time win streak record on offer.

The Storm had no issues making metres every week, although they weren't quite as dominant through their running game as the Panthers and Rabbitohs.

They also tended to share the work around; each of these factors was borne out by a lack of any players putting up any outstanding individual run-metre tallies. No player averaged over 150 metres per match with Christian Welch's 146 the best and both Ryan Papenhuyzen (144) and Nicho Hynes (123) running well below most of the other elite fullbacks.

It was the defensive side of the yardage game where the Storm really shone.

Their 1390 metres conceded per game on average was where a lot of their week to week dominance came from, suffocating rivals and ensuring they spent far less time than most sides defending their own red zone.

Even the Storm's comparative 'worst' quarter figured in the best four teams in the comp, with their avalanche of tries earning them the most or equal most four-pointers of any club in the first three quarters of games.

Their ability to start fast ensured they put rivals off their games early and consistently led from the front, which piled further pressure on opponents and often snowballed into big tallies.

Their strength in defence didn't quite match their attacking feats but Melbourne's ability to keep opposition tries to a minimum was still a key plank of their dominant season.

Even the notoriously hard to crack Panthers conceded more tries in the first quarter of games than Melbourne, who let in just 10 tries across 24 games in the first 20 minutes of matches.

Their defence was top-four across all quarters, with things kept almost as tight in the second 20 before loosening a little in the period after half-time; their worst quarter by rank at equal fourth-best in the NRL.

Their quarter-by-quarter differential reads +23, +27, +21 and +14, highlighting just how good their first halves were.

Melbourne were predictably lethal at punishing opponents for giving up a fresh set of six, scoring 10 tries in the set after an offside restart and 12 in the set after a ruck infringement to rank equal best with Manly at scoring after a six-again.

They were uncharacteristically shaky at defending restarts though. This was one of the few stats the Storm really struggled in, ranking equal ninth for defending the set after a six-again.

Their 17 tries conceded were made up of nine for offside restarts and eight for ruck infringements. Those nine tries let in after an offside restart was second worst across all teams with only the last-placed Bulldogs (11) letting in more.

Bellamy encourages players to play to their own style and strength, as long as it fits within the team dynamic, leading to someone like Christian Welch throwing the third most offloads in the NRL (45 passed for 463 metres added) but no other Storm forward reaching even half that number.

In yet another stat the Storm dominated, their offload effectiveness dwarfed most other clubs; while they threw just the sixth-most, they added the most metres of any club with almost 100 extra metres per match gained through second phase play.

A rare statistic where the Storm struggled, but it's not overly surprising given Cam Smith hung up the boots and his replacement Ryan Papenhuyzen missed half the season injured.

When Papenhuyzen was on the field he struck at an impressive 85.4% for his 41 goals from 48 attempts. Hynes was a serviceable back-up, slotting 58 from 78 for a 74.4% success rate.

The team average was brought down by the periods when neither of those players were on the field, with Munster reluctantly taking over the duties and kicking just 16 of 30 attempts for a 53.3% success rate.

The Storm were pretty much bang on average for players used in a 2021 that was tough for all teams in one way or another. They handed out seven NRL debuts, which was the second-most of any club behind the injury-ravaged Roosters.

Arguably the single most impressive thing about the Storm's season was the way in which depth players were able to slot in and ensure continuity of the team. From Cam Smith's retirement through the injuries to Harry Grant and Papenhuyzen, plus Brandon Smith missing games at times while Grant was also out.

Nelson Asofa-Solomona, Dale Finucane, Christian Welch and Cameron Munster were among the injured at different times but the old 'next man up' mentality was on full show in the Storm's charge to a minor premiership.

Another real hallmark of Bellamy's coaching career is taking journeyman players unwanted elsewhere and turning them into genuine first-graders.

One of the early notable success stories was Bryan Norrie but this year it extended to the likes of Chris Lewis, Tom Eisenhuth, George Jennings, Aaron Booth, Aaron Pene and Jordan Grant – players who wouldn't have got a look-in at most clubs but performed a valuable role for the Storm, particularly through the injury crisis.

All up Melbourne boasted the third oldest squad (behind the Sharks and Raiders) but were less experienced on average than all but two other sides (the Bulldogs and Panthers).

For all the Storm's reputation as a grinding team that likes to slowly build pressure and wear opponents down, their happiness to throw the ball away and blow opponents off the park with razzle-dazzle football was a far greater feature of their play in 2021.

They scored easily the most tries through 25 rounds so it should come as little surprise they also scored the most long-range tries, with 23 coming after a pervious play-the-ball inside their own half – two more than next-best Manly's 21. 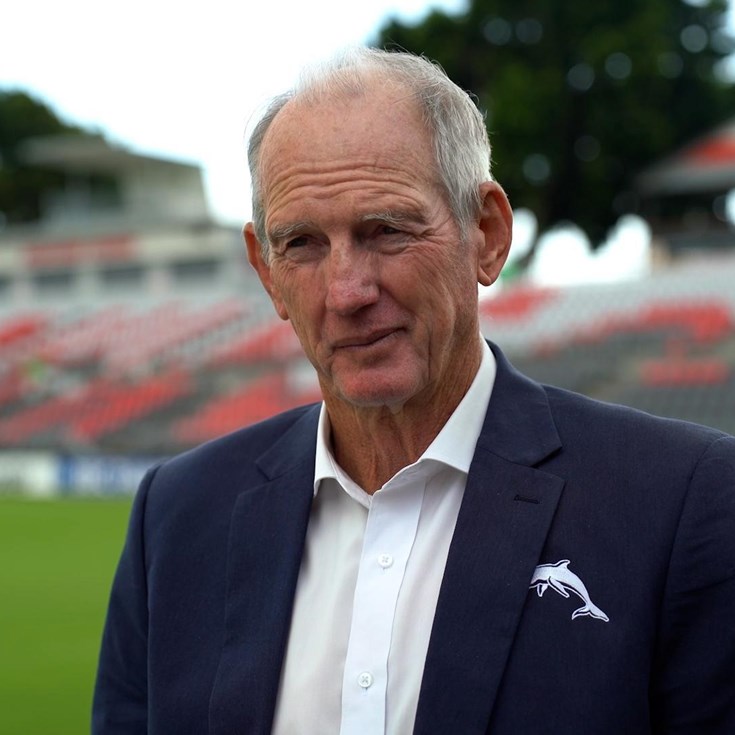 Bennett lures Nicholls to Dolphins in 2023