Breayley-Nati returns to the NRLW competition this year after sitting out last season due to work and family commitments.

The captaincy adds to a career CV that includes a World Cup win with the Australian Jillaroos, Origin games for Queensland, an NRLW title and a Dally M female player of the year gong.

Titans Coach Jamie Feeney says Breayley-Nati has all the qualities of a great leader and he's thrilled that she will lead the team onto the field when they play their first NRLW competition game.

"I've selected Britto because she has been around for a long time and she is a very experienced player that has played at NRLW level, she's played at state level and she has played for Australia for many years," Feeney said.

"She's in a really key position for us at nine and she will be a leader with her actions.

Feeney: We will be ready

Breayley-Nati has plenty of experience around her, with Steph Hancock, Georgia Hale, Tazmin Gray, Karina Brown and Grace Griffin all making up a six player leadership group.

"Those leaders were picked into that group for very very different reasons," Feeney said.

"They read games and and they read the squad at training really well to know if we need an energy lift that they'll give it.

"And then you've got Grace Griffin who will be in a key spot for us on the field and she needs to be able to talk a bit more but she will be a leader that they will listen to.

"Each of them play a different part."

"The organisation is thrilled with the election of Brittany Breayley-Nati as the inaugural Titans NRLW Captain.

"Brittany has been selected from an esteemed senior player group from within the team - all of whom will play critical support roles throughout our upcoming campaign.

"I am very excited to see Britt take our team onto the field for Round 1 at McDonald Jones Stadium this weekend.

Breayley-Nati will lead the Titans onto the field for their first NRLW game on Sunday against the Dragons in Newcastle, with the Titans Legion to get a chance to support the team at home on Saturday 19th March with a local derby clash against the Broncos to be played at Cbus Super Stadium. 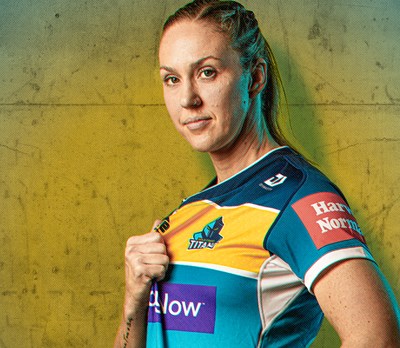 Package name:
NRLW
Package price:
From 50 for per season

Derby delight for Titans with upset win over Broncos