A number of players who have excelled in recent years in the Intrust Super Cup have been snapped up by NRL clubs for this season and beyond to boost their squads. Here’s a snapshot of some players QRL Media think you should keep an eye out for in 2016. There’s been plenty written already about Parcell from his freakish fitness to his record-breaking run of try scoring in the 2015 finals series. However, he is undoubtedly a star of the future and Sea Eagles fans are excited to see what’s in store for this dynamic dummy half.

A noted hard-worker, Parcell made his NRL debut with the Broncos last season playing six games for the club; (as well as featuring for them at the NRL Nines tournament) before returning to the Ipswich Jets to help spearhead their successful premiership campaign.

Signed to the Sea Eagles for 2016 along with Panthers rake Api Koroisau; the civil engineering graduate will be pushing to make the starting position his own with an impressive pre-season showing.

QRL.com.au will be keeping a keen on his progress throughout the year, with the former Ipswich Jet expected to add to his NRL match tally this upcoming season. Last year’s Intrust Super Cup Lock of the Year has a genuine chance at making his NRL debut this season with Sydney powerhouse club the Roosters.

While noted for their backrow talent, Frei already has the size, mobility and track record in the Cup to give coach Trent Robinson confidence that he can slot right into his on-field plans.

With a number of the club’s stars set to miss the Nines next month to take part in the training camp in Dubai before heading to the UK to play in the World Club Series, there is every chance he may be on the flight to New Zealand.

However, if he doesn’t get his opportunity early in the season, there’s a possibility of him filling in for fellow rangy Queensland backrower Aidan Guerra during this year’s Origin series. Taking a liking to his size and ability to make strong carries out of his own half; Canberra signed the Dobo Warriors junior on a pre-season contract to train with the club.

Reports say he has been training well in the nation's capital and it is highly likely that he will feature at the Nines with the club to make a call on his future after the tournament.

Further down the line if he is signed long-term to the Raiders, he could find a place for himself in their backline if there are any injuries as there isn't a huge amount of depth outside of the incumbents and he has the ability to slot into the backrow or in the backs as a centre or wing. It is an unwritten rule of rugby league that all lists must include a redhead, so ours comes in the form of nuggetty hooker Krys Freeman.

Son of Kiwi rep Gary Freeman, Krys won many fans at the Devils due to his competitive nature and his versatility on the field; slotting in at dummy half or in the backrow.

Knights coach Nathan Brown told newcastleknights.com.au that he would give the club another option at hooker and could “help put a little pressure on Tyler Randell and Danny Levi” for the position. 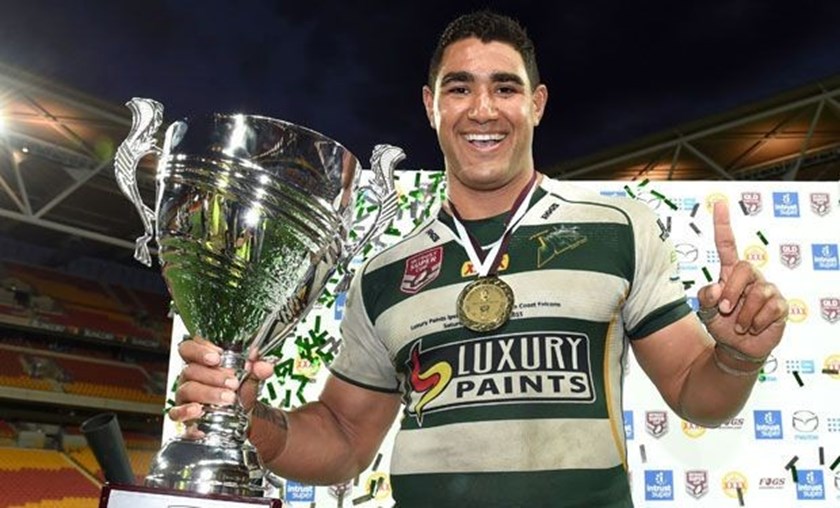 The Tigers have seen a number of their front-line props exit the club in the off-season – creating an opening for someone like Billy McConnachie.

Nicknamed “Madness” for the way he charges into his opponents on the field, this hard-running forward could be just what the Tigers need this year following the loss of enforcers including Keith Galloway to the Super League and Marty Taupau to the Manly Sea Eagles.

His coach last season at the Jets Shane Walker told the Queensland Times the new interchange rules being brought into the NRL next season would work in his favour.

“Billy played 70 minutes in the (Intrust Super Cup) grand final here ... [he is] capable of playing long minutes at a very high intensity,” he said.

Signed along with Jets front-row partner Rod Griffin to the club on a one-year deal, both are expected to be pressing hard for an NRL debut with the Tigers.