On a big day of rugby league in Rockhampton, the weather was perfect and so was the efforts of all players in the Mod grand finals held at Browne Park.

Cap Coast Brothers were coming off the break and looking to dominate the Brothers Blue side again. It wasn’t long before Ryan Martin crossed for the first of three tries. He showed power and speed to cross over the try line. Brothers Blue kept pressuring the Cap Coast line and it was dynamite little number 9 Braylen Marsh that got Brothers back into the match and a 6-6 score line. Both sides kept throwing the ball around and when it looked like both sides would go into the break tied up, Cap Coast had a surge with tries to Martin and Jett Manion to take an 18-6 halftime lead.
The second half got under way and Brothers Blue knew they had to score first, but they just couldn't get over the line. Martin crossed for his third try before Brothers hit back through big front rower Brandan Jenkins, Cap Coast finished the game with a try to Lachlan Sweeney and a 30-12 victory.

Players of the Match

Norths were coming into the grand final fresh after an extra time victory over Brothers in Week 1, Cap Coast had the hard road having to play both of last year’s grand final teams. That hard path may have assisted the Coast team when they came out and scored for an early lead through Ethan Bird. It didn't take Norths long to get back into the grove when Jondean Asse showed strength and speed to go over and tied up the game. Cap Coast then hit back with Tynan Donovan crossing for the first of his two tries. Norths took the attack back to Cap Coast and scored a very good try through Lokz Salter and again we had a tried up game. With halftime about to be taken, Ryan Welsh dived over out wide, with the conversation missing Cap Coast took a 16-12 lead into the break.
The break was good for the Knights as they came out and scored twice through Samuel Reddy and Jondean Asse and were looking like running away with the game, but a few mistakes let the Coast side back in. They hit back through Donovan’s second and when the goal missed the score was 24-20 to Norths.
The game went from one end to the other and with minutes left Welsh dived over to tie the game up and when Casey Smith's conversation went over, they held onto a 26-24 lead with Norths getting one final scoring attempt form the restart.
Norths pressed hard, but yet another mistake game the Cap Coast Brothers victory in a fantastic game of football.

Players of the Match

*The RDJRL would like to thank all their sponsors, the Rockhampton and District Referees Association, the volunteers, players and supporters. We look forward to seeing everyone back in 2017. 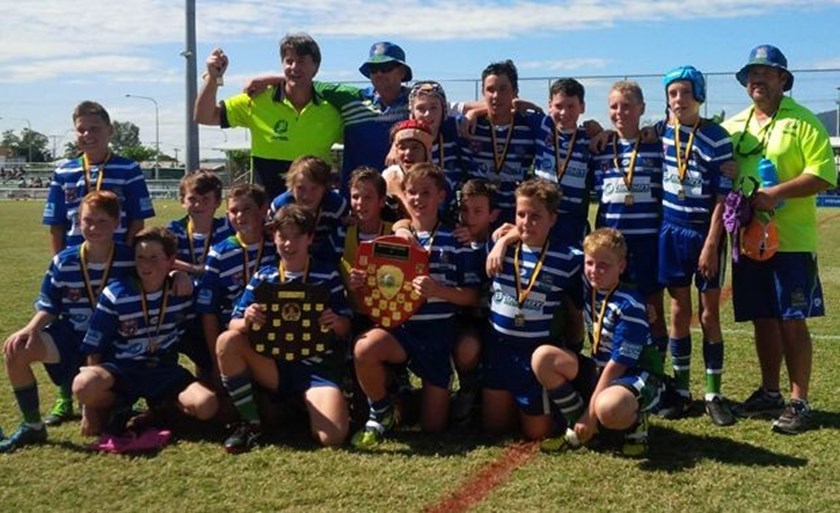