Fifth-placed Dalby caused an upset when they beat Madsen Rasmussen Finalist Souths on Saturday.
Dalby’s defence won them the game, scooting to an 8-0 lead until Brandon Nothdurft

scored for the Tigers to keep them in the game. The halftime score was 8-4 to Dalby.
Dalby sealed the match with tries to Brock Zahl and Alan Davis early in the second half to seal the win.
Souths captain/coach Cameron Donaldson scored a consolation try late in the game, but Dalby – through Travis Pickering and Luke Tarrant, won the game.
Cameron Donaldson and Brandon Nothdurft played well for the Tigers.

In a free-flowing first half, both sides played well with some amazing efforts.
Pittsworth fullback Dominic Briggs scored an 80m try break the 6-6 deadlock 12-6.
Then approaching halftime, the Danes pressured Blue’s line when Blue fullback Elwyn Fewquandie intercepted to race the length of the field to level the scores.
When he scored, the Blue young fellas did a few Nathan Blacklock flips to entertain the crowd.
This was three minutes before halftime, but the Danes weren’t finished and their front rower Blake Cullen barged over from dummy half to score just as the halftime siren sounded.
Blue started the better when in the 38th minute Ryan Gyemore broke the Danes defence to send Fewquandie in for his second try to bring the scores to 18-16 to the Danes.
Then Pittsworth captain James Quinn scored his second to stretch the lead to more than a converted try for the first time in the match.
Pittsworth however then dominated and raced to a 52-20 win after concentrating on their plan of keeping it up the middle.
In the end, the relentless pressure told on the TRL debutants.

Valleys reggies continued their winning streak to progress to the third week of final with a hard fought win over Souths.
Valleys defence won the day as they got to a 20-8 lead.
A Robert Trott try gave Souths a chance late in the game, but Valleys held on to beat Souths who incidentally won 15 games in a row during the season.
Reggie Munn was the best for the Roosters with Blake Edwards also steering his side around the park well.
Chris Oliver and Josh Gordon were good in a losing Tigers outfit.

Highfields Eagles progressed to the TRL preliminary final for the first time in their short history when they outlasted a determined Gatton Hawks outfit in the TRL Minor semi-final.
In a seesawing match, Highfields held their nerve, but not without giving their supporters some scary moments.
The Hawks started the same way they did the previous week getting to a 12-0 lead after five minutes thanks to Callum Woolacott who was brilliant in early exchanges.
Highfields settled into the game with a try Conor Nolan until Hawks front rower Michael Frohloff scored for the Hawks to get Gatton to an 18-10 lead after 30 minutes.
Nolan scored again for the Eagles to make the half time score 18-16.
It was all Highfields after the break.
They raced to a 40-22 lead with 13 minutes remaining.
Enter Dominic Haak, who set up three Hawks tries to give Gatton a sniff of making fourth preliminary final in a row.
But it was not to be as Highfields held on to post a two-point win.
The match was worthy of a semi-final with players leaving nothing out on the pitch.
Braydon Mitchell, Conor Nolan and Matt Prowse were among Highfields best with Dom Haak, Callum Woolacott and Francis Han Gatton’s best.
Highfields make their first ever preliminary final and are 80 minutes away from a historic grand final for their club.

After 20 minutes, the Hawks broke the deadlock with Taylor Hawthorne scoring.
In a defensive first half, Brothers managed to score just before halftime to make the half time score 6-4.
It was all Gatton after the break with tries to Brendan Simpson, Taylor Hawthorne and Zac Linde and Wayne Clark to race to a grand final berth.
Todd Bichel, Brendan Simpson and Zac Linde were the Hawks best, ably steered around by Wes Murray.
Brent Thorogood tried hard for the Brethren who live to see another day next against Dalby.

Under 18 Minor Premiers Valleys went one step further and secured a grand final in the TRL Under 18 competition by beating Warwick in the major semi-final.
The Cowboys got away to a 12-0 start courtesy of tries to Will Dearden and Matt Whittaker.
The Roosters showed why they are the top side by scoring the next four tries before halftime to take the lead into the break 22-12.
It was young Joshua Foster who did the damage scoring two tries just before the break.
Foster continued after break scoring his third try for the Roosters which was the turning point to put the minor premiers 26-12 in front.
Warwick scored a consolation try at the end but Valleys advance to the Grand Final with comprehensive win 36-16.
Joshua Foster was Valleys best followed by Wayne Peglar and Shannon Foster who scored a double. Dearden and Keiran Foster tried hard for the Cowboys.

Gatton Hawks made their fourth grand final in as many years in a hard fort win over Pittsworth. The Hawks lead 10-4 at half but it seemed they did not have all their own way. The Danes came out firing in the second half and raced to a 14-10 lead when Cliff Brown scored his second try to put Gatton back in the game.
It took Zac Linde, who had played second division to put Gatton in the lead again 20-14. He scored and the Hawks hung on to again put Gatton in a reserve grade grand final.
Pittsworth through Jake Johnston and Travis Short kept the Danes in the game. They would have thought they were a good thing when they raced to a 14-10 lead but the Hawks’ resilience prevailed.
It was the game of the day with sides worthy of a grand final berth.

Pittsworth made their first grand final in 12 years when they overcame minor premiers Warwick in the major semi-final.
The first half was very tight with both sides not giving an inch.
Pittsworth flyer Braydon Wilson started the scoreboard with a try for the Danes with Joe Fuimaono levelling the score after 18 minutes 4-4.
Danes winger Kurtis Shayler grabbed an opportunist try when he collected a Cowboys grubber to run 80m to score and put the Danes in front at halftime 8-4.
Ryan McIvor ignited the Cowboys in the second half and collected his own kick to get the Cowboys in front for the first time in the match 10-8 at the 47th minute.
Then the turning point. Brad Brosnan scored for the Danes to start their momentum and the Pittsworth side never stopped the rest of the half.
Pittsworth player of the match Wilson scored followed by Daniel York, Mitchell Carpenter and Liam Jocumsen to race away with the win 32-10.
It was a wakeup call for the minor premiers, but they were out-enthused by the Danes.
Pittsworth’s error rate was less than the Cowboys.
They threw the ball around and had plenty of variety in attack.
Their scrambling defence probably won them the game.
Warwick toiled hard and will be better for the experience with Paul Cantwell and Luke Brosnan about their best.
In the end, Pittsworth scored 24 unanswered points in the second half and were the better side on the day.
The best for Pittsworth were Braydon Wilson, Mitchell Carpenter and Cameron Miller whilst Ryan McIvor and Joe Fuimaono played well for the Cowboys.
Pittsworth progress with Warwick facing Highfields next Sunday. 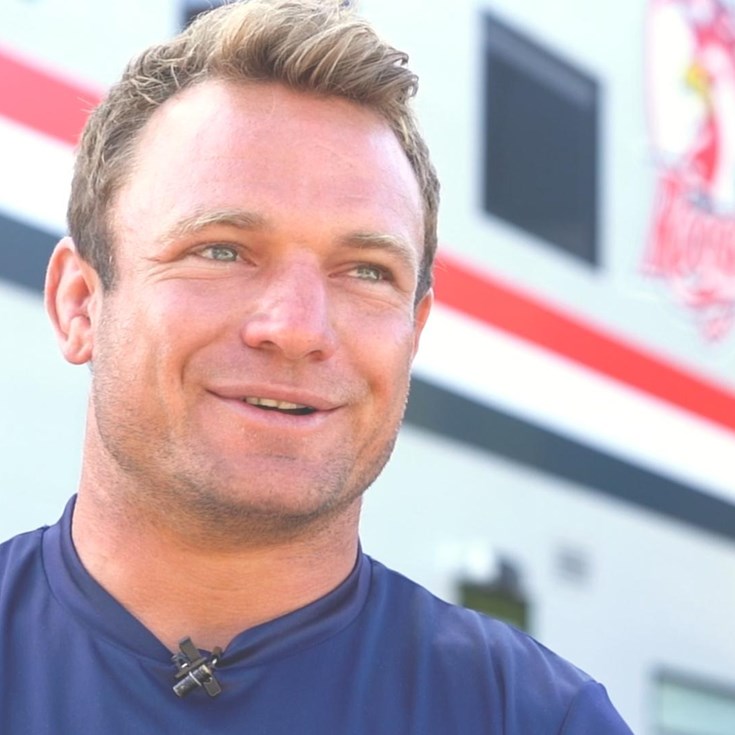