The weekend was hosted by the Miles Devils Junior Rugby League who worked tirelessly to ensure everything ran smoothly.

South West Mustangs Representative Co-ordinator Brad Steer was impressed with the high level of junior rugby league at the weekend.

“The standard of footy was entertaining and demonstrates our region is still producing high-quality rugby league players,” Steer said.

In his first year as Representative Co-ordinator, Steer thanked the many people for their assistance.

“Thank you to the many individuals who contributed to making the day a success. There is a lot of behind the scenes work, and I sincerely appreciate the assistance provided,” he said.

“A day like this doesn’t just happen on its own."

“Thanks must also be given to those officials who gave up their weekend to make the carnival and selection trials work – our match officials, first aid officers, selectors, coaches and managers.”

The South West Mustangs would also like to thank the parents, players and supporters for their contribution and support, many of which travelled long distances to allow their child such opportunities in the greatest game of all, rugby league. 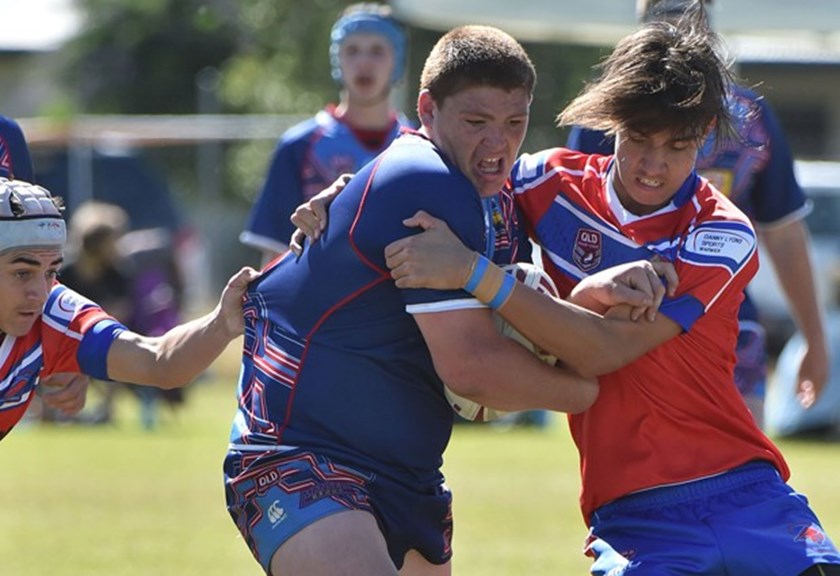 Action from the Mustangs junior trials

Congratulations to all the players listed below who were selected along with the coaching staff:

The teams will compete at the upcoming Central Division Junior Carnival for selection in the Central Crows and will train over the next three weeks before arriving in camp on Friday, June 2.

The Division Junior Carnival is set to be held in Central Queensland this year, being hosted by the Gladstone and District Junior Rugby League at Marley Brown Oval on Saturday, June 3 and Sunday, June 4.

The Central Queensland Capras, Wide Bay Bulls and Sunshine Coast Falcons have also named their sides ahead of the carnival.