Mackay put in a dominating performance across the board to defeat the Devils 52-4 at Bishop Park yesterday.

Five players - Johnny Faletagoa’i, Cooper Bambling, Jordan Pereira, Jack Joass and Nicho Hynes – crossed for doubles as the Cutters outclassed a Norths side that has been down on confidence.

Halfback Bambling scored the first try of the game when he recovered his own short dab kick ahead through Devils defenders, before picking it up and running through to put the ball down.

That was followed up soon after Hynes capitalised on a line break to extend their lead, and their third was an impressive team effort that was finished by Faletagoa’i for a 14-0 lead.

The Devils posted what were to be their only points of the afternoon in the 22nd minute when centre Delouise Hoeter chased through on a high kick that took a lucky bounce.

However, the normal pattern of the match soon resumed, with some good hands from Faletagoa’i who batted the ball back in to prevent it from going dead – right into the waiting arms of Jordan Pereira who scored.

Bambling’s second came after a chip kick ahead was fumbled in the in-goal and he swooped in to score.

The Cutters had an imposing 24-4 lead at halftime.

The break did nothing to halt their momentum and continued to apply the pressure to the Devils in the second half, with Hynes getting his first within the opening five minutes.

They scored four more tries in the second half to round off an imposing win.

The win sees Mackay move up into eighth spot on the Intrust Super Cup ladder, while the Devils remain in 10th position.

Next week, the Devils face another challenge when they take on the Blackhawks in Townsville; while the Cutters will take part in an NQ derby when they play the Pride in the Channel 9 TV game. 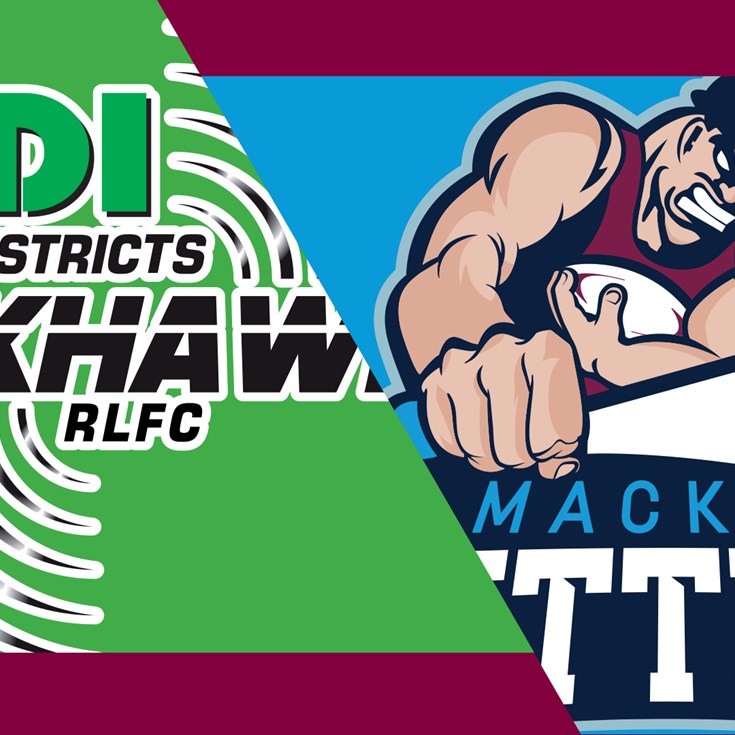