The carnival, Australia’s biggest schoolboy rugby league carnival, started in 1980 with six teams in Bundaberg and has grown to 48 teams as far north as Cairns, west as Mt Isa and south as the Gold Coast.

Men of League and QISSRL have been in partnership since 2011 and each year devote a day to the Foundation.

Men of League Queensland Wellbeing and Education Officer and QISSRL Operations Manager Mark Bunting said that this year’s carnival had seen 23 schools purchase the Men of League socks with two schools buying memberships for their players.

“Men of League is very proud to be part of this great carnival,” Bunting said.

“The support we get from the schools is tremendous. All monies raised from the carnival go to supporting the men, women and children of the rugby league community.” 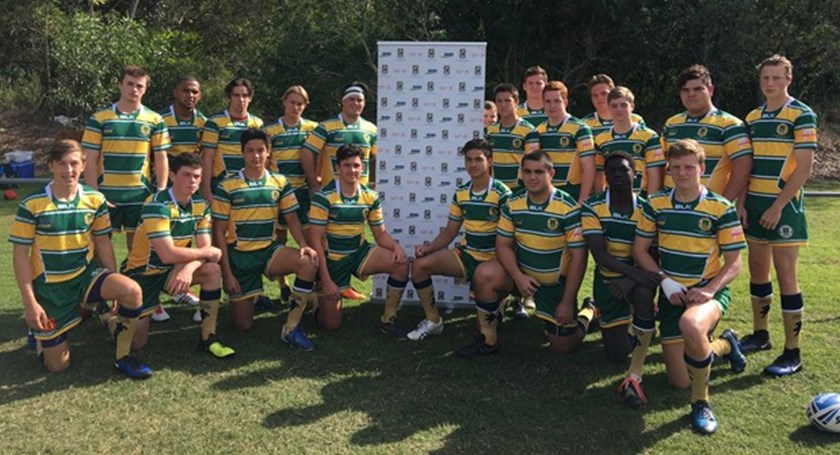 St Patrick’s Shorncliffe with the Men of League socks.

Throughout the years; the Confraternity Carnival has seen some tremendous players take part in the competition.

Lillyman’s old school Columba are the hosts for next year’s carnival which will be held in Charters Towers.

More from this year's Confraternity Carnival