The Australian Kangaroos may be unbackable favourites to take out the 2017 Rugby League World Cup but captain Cameron Smith is not buying into the hype surrounding his side.

Smith has been in this position of favouritism many times during his 50 Test matches for Australia, experiencing firsthand the pain of losing not only games, but tournaments when the Kangaroos have been fancied as winners before a whistle has even been blown.

There is one loss in particular that stings more than others – a 34-20 defeat to the New Zealand Kiwis in 2008 that no one saw coming.

Ironically, it took place at Australia's last home World Cup, with the Kangaroos going through the tournament undefeated before being shocked in the final by a Kiwis team that had the belief they could beat the 'unbeatable'.

Smith is sure England are going to have the same mindset when they meet the Kangaroos in the World Cup opener in Melbourne on Friday night, and that is why he will be making sure his side shows no signs of complacency.

"I think we have enough experience in our squad to handle [the expectations]. There are some new faces but they are grounded players and they are all grounded men," Smith said.

"I don't think they are going to get too carried away with expectations outside of our own. We certainly have our own expectations on the squad and what we want to achieve in this campaign.

"As far as what the public and the bookmakers say, that doesn't really concern us. What concerns us is our preparation this week.

"We are playing against England and we really want to get away to a good start. A victory certainly helps us set up the rest of our tournament." 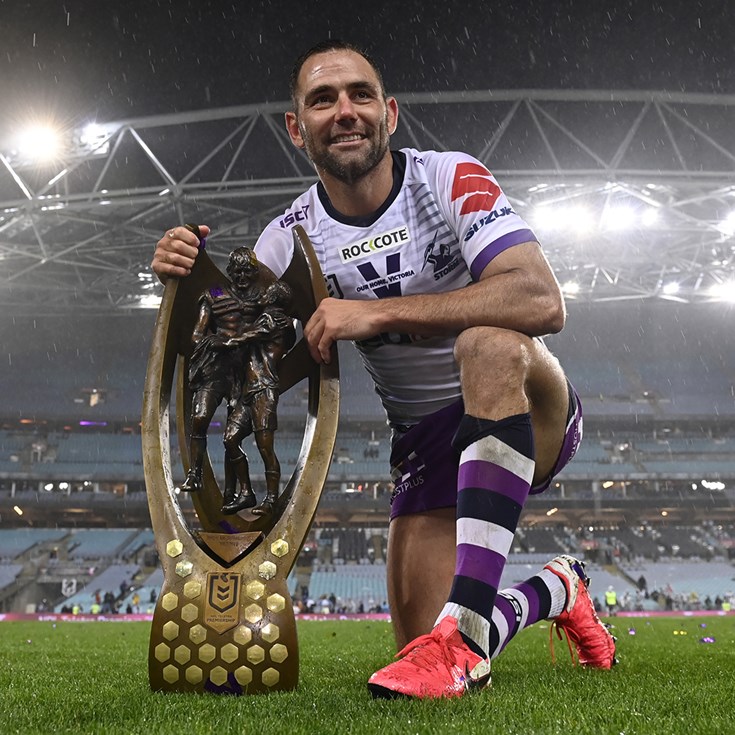 A career like no other: The best of Cameron Smith