His comments come after a Rugby League World Cup that he believes has grown the international game.

The emergence of Tonga, Fiji and Lebanon as competitive rugby league nations has helped build interest in the international game.

Smith, the president of the Rugby League Players Association, wants the powers at be to capitalise on this momentum.

The 34-year-old is passionate about the international game after having played 56 Tests for Australia. This number is set to grow in 2018 after Smith committed to another year of representative football.

That is a huge boost for both the Kangaroos and Queensland after the representative retirements of halves Cooper Cronk and Johnathan Thurston during the year.

Smith’s decision to play on is part of his mission to continue to grow the international game, with the future Immortal admitting that he was disappointed in the lack of Test match football next year.

Australia will play just one match in 2018 – an October clash against New Zealand.

“In all honesty, if there was [more] Test matches on next year that the Kangaroos play, I [would] put my hand up to play them,” Smith said.

"For me, that’s the simplest way to do it [shortening the NRL season]. But, at the moment, we’ve got commitments to broadcasters and that’s fair enough.

"At the moment, the revenue that’s coming into our game is through [that] broadcast deal, which means we have to play a certain amount of games.

"The players understand that, so we’re committed to fulfilling those commitments. But I agree, everyone needs to sit down and let’s be creative about our schedule.

"Let’s be smart about it, so everyone benefits from our calendar."

Smith's thought process is similar to that of Kangaroos coach Mal Meninga. The coaching great would like more Test football for not only Australia, but also the emerging nations who captured the attention of spectators during this year's World Cup.

Meninga implored the game's decision-makers to prioritise the international game, saying that international rugby league will only  grow with more matches.

"They’ve got to sit down, all the decision-makers, and look at a schedule not only for us and the tier-one, but also the tier-two nations," Meninga said.

"Make it a priority, because it is a point of difference for rugby league, having an international program. I think we just need to play more games, more events." 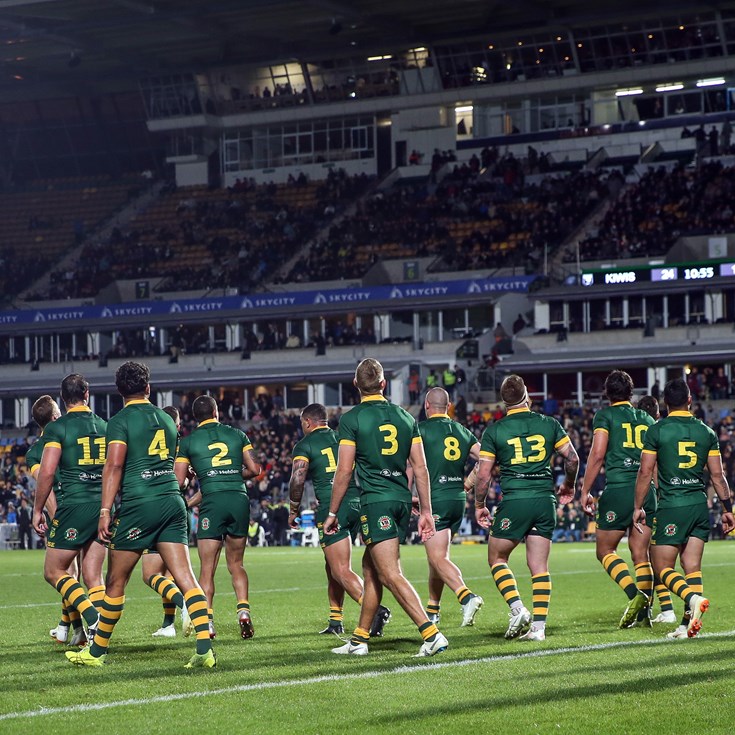