It wasn’t surprising when Andrew Johns was asked on a recent TV show for his big 2018 rugby league prediction that he quickly fired back his answer:

A ball had not been kicked or a tackle made in anger for the NRL season proper and the Newcastle and NSW legend was declaring the Blues would be 2018 Origin champions!

Joey’s prediction would be music to the ears of Queensland fans and, no doubt, would have been jotted down by certain members of the Maroons establishment who jump on such statements.

That’s not to say if you asked Wally Lewis a similar question, he would not declare Queensland would win.

The difference is, Lewis would not give NSW such early ammunition.

He might think Queensland will win the interstate war 3-0 - but he would not say it publicly – at least not until the Maroons had won the opening two games.

Now Johns may be right with his prediction.

NSW may well win this year’s series. They do win one every now and then.

Queensland is currently undergoing major changes to its roster.

A number of key players are passing on their maroon jumpers, including Johnathan Thurston and Cooper Cronk, two mainstays of the team since 2005.

NSW would be rubbing their hands they don’t have to deal with JT any more.

But if history has taught us anything, it is that when it comes to ‘mate versus mate’ and ‘state v state’, anything can happen.

One of the few predictable facets since Origin’s birth back in 1980 is that NSW always expects to win.

And why shouldn’t they?

After all, they always have the best players, the best coaches, the best trainers and the best medical staff, so they should win, right?

Queensland was 100-1 underdog after being ravaged of its star players by the divisive Super League war.

The series was over before it began; they couldn’t win … or so NSW thought anyway.

Queensland’s astonishing 3-0 victory that year over a stunned NSW remains the biggest upset in Origin series’ history and a constant reminder to the Maroons that anything is possible.

Prior to that they’d lost eight series in a row.

Yet the moment they ended Queensland record streak, they were talking up dynasties and of inflicting great pain and suffering on the Maroons “for years to come”.

Queensland’s response was to win the next three interstate series, taking their record to 11 victories from the past 12 clashes.

NSW has a new coach in Brad Fittler and some new faces on the paddock.

Queensland coach Kevin Walters faces a number of selection issues as he rebuilds the Maroons and attempts to win his third straight series since taking over from the record-breaking feats of Mal Meninga in 2016.

Mitchell Pearce and James Maloney have an early call on the halves, but there’s a real possibility Fittler may take a punt on young Penrith prodigy Nathan Cleary in the Blues No.7 jumper.

Fittler played first grade as a teenager and pulled on the Australian jumper when he was 19, so he is well positioned to know what it takes.

Cleary’s maturity, composure, decision-making and goal-kicking could be hard too hard for NSW selectors and Fittler to overlook when selection comes around.

With champion halfback Cooper Cronk joining JT as Origin retirees, Walters and his co-selectors will have a few late night meetings discussing the new Maroons pairing.

Melbourne utility Cameron Munster is making quite a name for himself and returned to the NRL at the weekend with a blockbusting performance.

He and North Queensland’s Michael Morgan look to be the two favourites to replace Cronk and JT in the halves.

Hopefully champion Storm fullback Billy Slater will go around one more time, and with any luck Greg Inglis will be back in the centres.

With Valentine Holmes and Dane Gagai on the wings, Queensland look strong in the backs.

The make-up of Queensland’s pack however is open to debate with ageless skipper Cameron Smith lining up for Origin number 43 just before his 35th birthday.

Big units Dylan Napa and Coen Hess look certainties if they play well for the opening rounds with a few spots open in the pack for someone like Felise Kaufusi.

And if Queensland need any more motivation, they will go into this year’s series on the back of an impressive 11-1 recent record wearing its favourite underdog tag.

Even though the third game is at Suncorp Stadium, I see that some bookies have NSW already as firm favourites.

Johns, one of the candidates for the NSW coaching job, had an early victory when he confidently declared Newcastle good things to beat Manly in round one last weekend

They got home by one point in extra time, but a win is a win.

We will have to wait until July to see if he has gone the early crow with NSW. 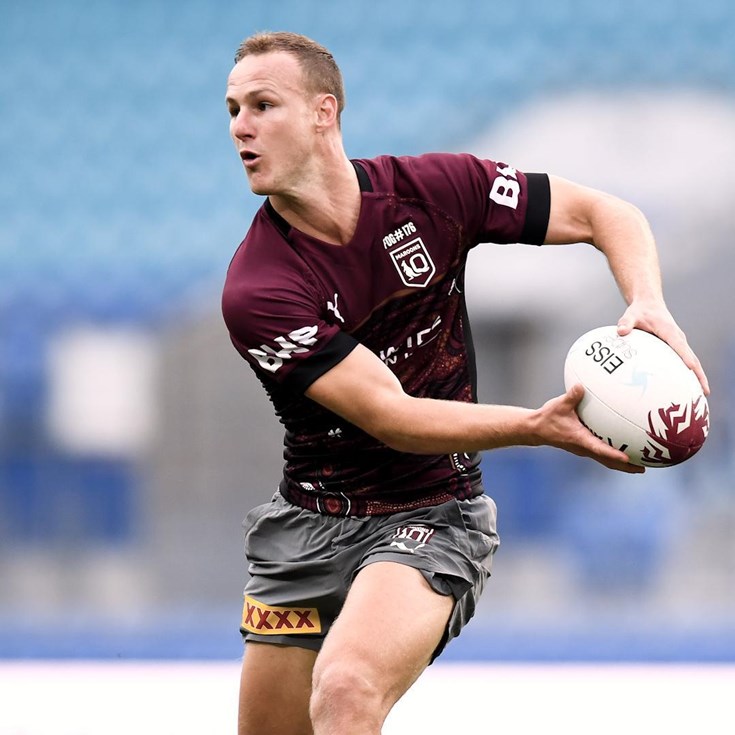