In a tense and bruising encounter, it was the Cutters who dug deep and did just enough to topple the Capras in an 18-16 come-from-behind victory.

The Capras got the better of the hosts in the opening exchanges of the contest and looked to strike an early blow when they landed a pinpoint 40/20 kick. They capitalised straight away on the great field position, James Hill flying in under the posts to give the visitors the early lead.

However, the Cutters soon showed they were up for the fight and ready to grab any opportunities they were given, with Kurt Wiltshire taking advantage of the Capras’ lack of urgency on their own try-line when he slipped past some sluggish marker defence to reduce the deficit for the hosts.

Slick conditions proved frustrating for both sides as ball control became paramount, but it was the Capras who eventually found their rhythm, with Nathan Bassani shrugging off a tackle and scoring out wide off the back of an offload from NRL journeyman Dave Taylor just before halftime to give the visitors a 12-4 lead heading into the sheds.

The Capras maintained their ascendancy over the hosts into the second half, with Billy Gilbert catching the Mackay marker defenders standing still as he sprinted from dummy-half and raced 40m to score untouched.

But the visitors would soon turn into their own worst enemy when a huge blunder let the Cutters back into the contest. A last tackle grubber-kick was spilled into the path of Mackay’s returning fan-favourite Jayden Hodges, who touched down adjacent the uprights and cut the Capras lead down to just a converted try.

Playing with a renewed energy the Cutters continually harassed the tiring Capras defence, before North Queensland Cowboys import Kyle Laybutt picked his moment to stroll past some soft defence and dot down under the sticks to level the scores for the hosts inside the final quarter of the game.

Ball control was again at a premium as desperation and poor conditions combined to hinder the attacking efforts of both teams. But as the minutes wound down, the Capras made a critical error as the referee penalised them for a second effort in the tackle.

Laybutt stepped up from right in front of the posts to slot the penalty points and put the Cutters in front, a lead they wouldn’t surrender as they picked up their first competition points of 2018.

“I was really happy to get the two points,” Mackay coach Steve Sheppard said post-match.

“We couldn’t get any rhythm going in attack, but we aimed up and showed a lot of grit defensively in that second half. We know what we’re capable of, and I thought we reacted really well tonight.”

*John Bartley is a QRL correspondent covering the Mackay Cutters 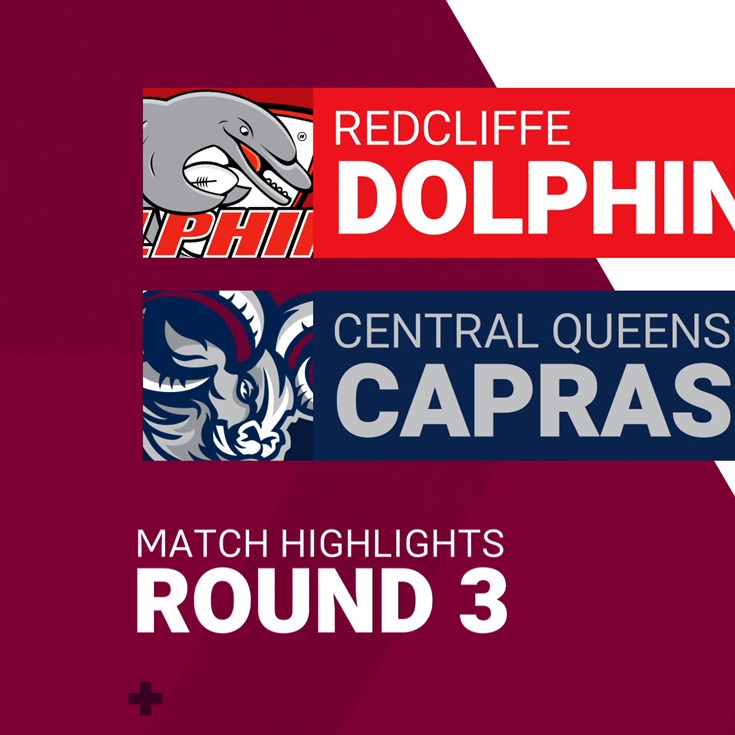