On the lookout for a new coach, the CQ Capras have consigned Mackay to a 20-6 defeat in Round 16 of the Intrust Super Cup.

After Kim Williams announced this week he would switch hemispheres to join the West Wales Raiders next season, the Capras led from start to finish in the contest at Browne Park.

Going into the match, both teams were tied in last place on the ladder, with three wins apiece from 14 starts.

Yet the Capras, who have still not won away this season, used their notable home ground advantage to its full extent, not allowing the Cutters to breach their line until the 55th minute.

In another welcome sign for the Capricornia club, cult figure Billy Gilbert made his return from a leg injury, playing 50 minutes off the bench in jersey no.19.

He replaced Aaron Teroi at hooker in the first half, started the second half, then had a brief spell on the sideline before substituting for halfback Blake Goodman in the closing stages.

The other interchange that caught the eye was the failure of former Test and Origin forward Dave Taylor to return to the field after playing the first 25 minutes of the contest.

Taylor had changed from his playing gear into a polo shirt by fulltime.

"It was just a calf strain, nothing major" coach Williams said.

"I rested him to prevent further damage."

In his first game as starting winger this season, Englishman Luke George scored both the first and last tries of the contest to keep the Capras on the front.

George, who has also been plying his trade for local club Emu Park, had played eight games off the interchange for the Capras and two in the second row before getting a run on the flank.

He wound back the clock to when he was at Huddersfield Giants, where he scored a hat-trick in his club debut with the Super League outfit in 2012.

In one welcome sign for the visiting Cutters, Cowboys-contracted Kyle Laybutt made his return from a pectoral injury, starting at centre and recording his team's only try after missing three months of football.

Next Friday sees Mackay host the Ipswich Jets at BB Print Stadium at 7.30pm, while the Capras travel west to Barcaldine to meet Souths Logan at 6pm Saturday. 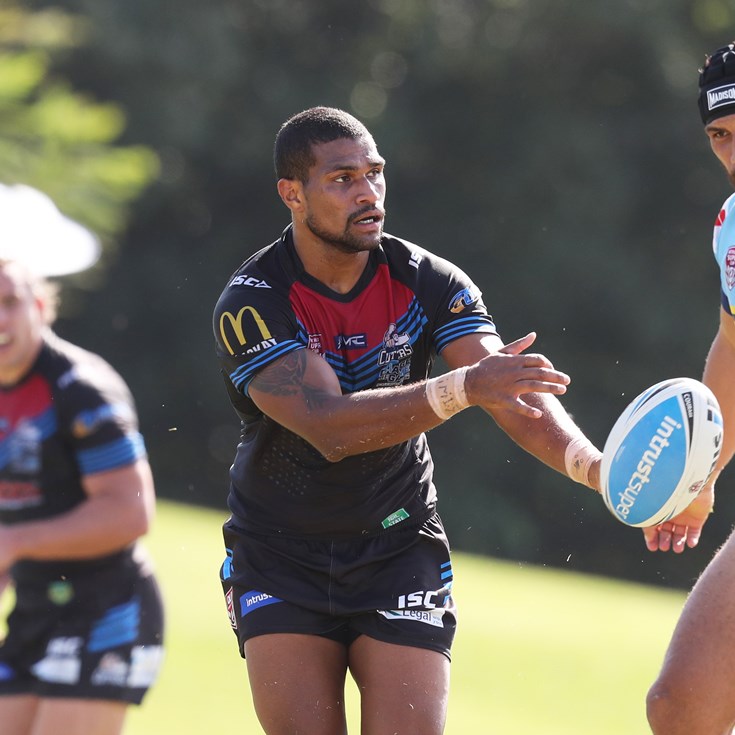