Rockhampton was rocking after a dramatic 28-18 win by the Central Queensland Capras against the Ipswich jets started Easter weekend festivities in the Capricornia region.

The highly entertaining game at Browne Park saw the Capras lead 10-0 at halftime, but then concede 18 consecutive points to trail 18-10 with 20 minutes left on the clock.

The contest hung in the balance until the final minute, when a converted try from CQ lock Jamie Hill sealed the result.

Prop Bill Cullen and centres Connor Broadhurst and Nathan Bassani were standouts for the home side, with Cullen notching first points of the game with a ruthless charge in the third minute.

Broadhurst, who amassed 12 points over the course of the game, backed up to score again in the 16th minute for an early 10-0 advantage.

The mid-game comeback by Ipswich was reflected in the personal fortunes of fullback Michael Purcell, who almost joined the Capras several seasons ago.

Known as the ‘Kangaroo Catcher’, the springy Purcell was belted into submission throughout the first half, but came to life in the second stanza.

He almost set up one spectacular try for the Jets by supporting his teammates and bursting through the middle at the start of the second half.

Though that opportunity was shut down, he pounced when a towering bomb was spilled by Capras fullback Zeik Foster in the 58th minute.

Purcell cheekily celebrated the try by waving ‘six to go’ and pointing to the spot where he planted the ball.

Foster was to have the final laugh however, with him returning the favour in similar circumstance not long after.

Amid the to-and-fro, quirky Capras character Billy Gilbert also notched a four-pointer in controversial circumstance by diving on a loose ball.

In the dying minutes Ipswich had several chances to steal back the ascendancy, but were cruelled through poor handling and penalties.

Backrower Hill put the result beyond doubt as the clock wound down, borrowing back into the ruck and showing impressive strength to crash over, much to the jubilation of home fans.

Both teams now sit on two wins and two losses after four rounds of the competition.

All teams break for Easter Friday in the Intrust Super Cup, before Easts and Sunshine Coast resume hostilities with their televised 1.10pm game on Saturday from Suzuki Stadium Langlands Park. 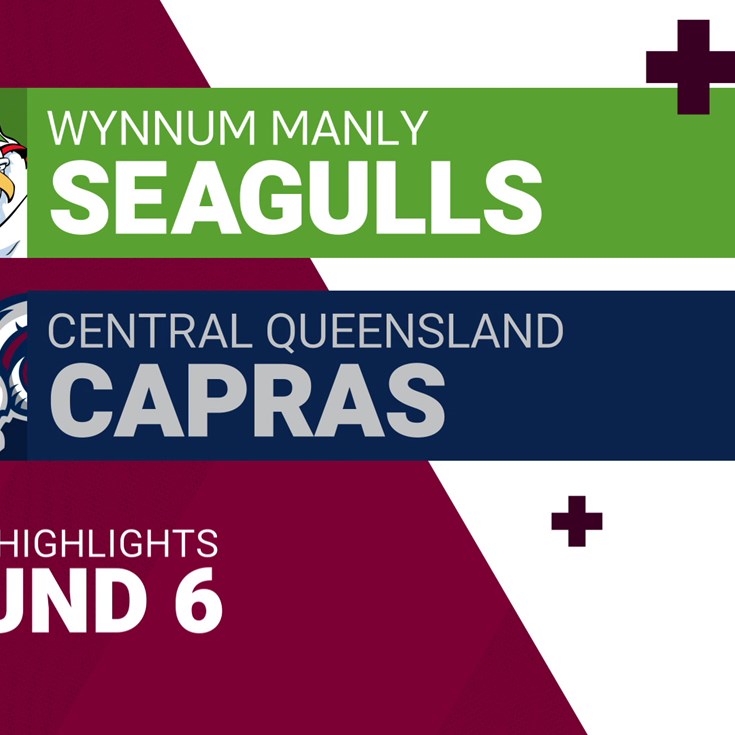 League's answer to the Honey Badger