Sam Caslick had an eventful 13 minutes on the field for the Ipswich Jets, as the super-sub helped the visitors clinch a 17-16 Intrust Super Cup victory over the Sunshine Coast Falcons.

Looking like he was seriously injured shortly after being injected into the contest in the 67th minute, Caslick rebounded to snap a field goal with three minutes to go.

The brother of Australian women's rugby star Charlotte Caslick had earlier been attended by two trainers for what appeared a to be shoulder concern.

The result marked the second week in a row that Sunshine Coast lost inside the final seconds of the game, having been defeated 20-18 by Townsville the week before.

To rub salt into the wound, the Falcons scored three tries to Ipswich's two, but a pair of penalty goals to Wes Conlon and Caslick's one-pointer gave the Jets the edge.

Sunshine Coast scored first in the contest via a try to Christopher Lewis in just the seventh minute.

But by the time halftime rolled around, it was the Jets in the ascendancy with a 14-8 lead.

That made for a tense final 14 minutes of the game, with two of the best attacking outfits in the competition going at it.

Ipswich's best were arguably props Tyson Lofipo and Nat Neale, while half Dane Phillips starred with his ever-dangerous kicking game.

Meanwhile Cooper Johns was slick in just his second outing for the Falcons at five-eighth, with Justin Olam another to impress with some hearty carries in attack.

There was concern in the dying minutes for popular Ipswich fullback Michael Purcell, and he was substituted off with four minutes to play after a succession of heavy hits.

He was reportedly seen after the match with his arm in a sling, having earlier scored Ipswich's second try of the night.

Next week Ipswich hosts old rival Redcliffe on Saturday at 3pm, while the Falcons try to return to their winning ways in a 6pm Saturday night game against the Northern Pride in Cairns. 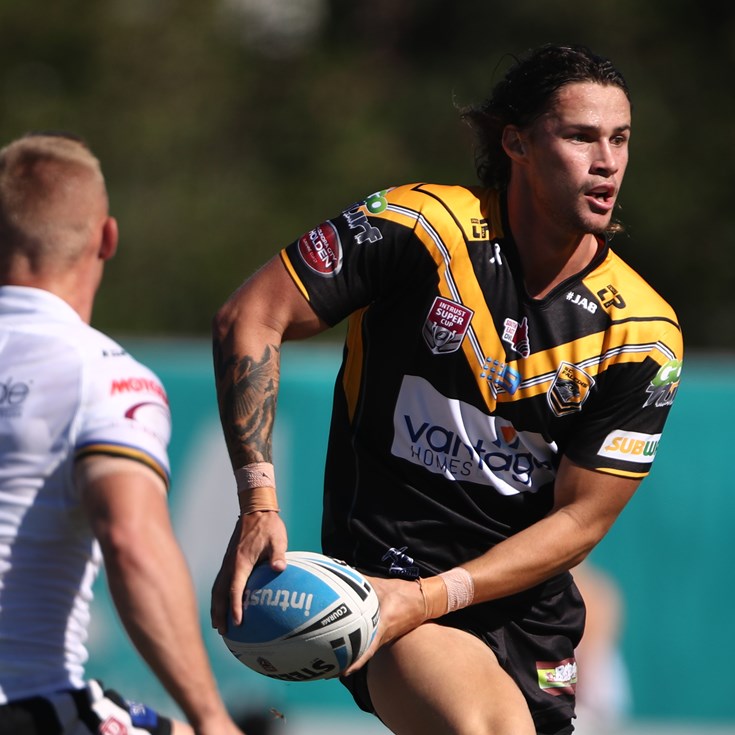