Inglis, who missed the entire 2017 Holden State of Origin series himself following a knee reconstruction, is fit and certain to reclaim his position in Kevin Walters's team at left centre.

Will Chambers at right centre and Billy Slater at fullback are guaranteed starters. Queensland's player of the 2017 series Dane Gagai, who has scored seven tries from seven games, and Valentine Holmes are favourites to line up on the wing, meaning Boyd could be the odd man out.

"That's up to Kevvie but I think Darius is a great contributor to the Queensland side," Inglis said on Tuesday, after South Sydney's training session. The Rabbitohs face Boyd's Brisbane team at ANZ Stadium on Thursday night.

"He's captain of the Broncos for a reason. He's a great leader, a great football player and a great person.

"Darius has been very vital to the Queensland side for a number of years.

"That's up the selectors obviously, and up to Smithy (Cameron), to have a good chat about it."

Inglis, 30, is the leading try scorer from either state with 18 from 30 games with Boyd right on his tail with 17.

Walters told NRL.com Boyd was still in the frame for Origin I in Melbourne on June 6.

"Darius has shown his versatility as well in playing fullback, centre and wing for the Maroons in the last three years and he is going to be putting his hand up for selection again," Walters said.

"It is another tough decision for us. We have got some ideas about who we think can play where, but it is a matter of putting all of those pieces into the puzzle."

Maroons chairman of selectors Gene Miles told NRL.com last month the Boyd-Inglis partnership was "the best left-hand side combination we have ever seen" at Origin level.

Regardless, Origin is six weeks away. The Broncos are a dare more immediate threat but momentum is building at Redfern Oval with Souths winning four of their past five games.

"I feel like there's a great mix in the side and a great brand of footy we're playing," Inglis said.

The Bowraville junior would have hit that milestone last season if not for his torn anterior cruciate ligament in round one.

"It doesn't bug me at all. I look at last year as a positive," Inglis said. "It was devastating at the time but if I didn't go through all that I went through I wouldn't have found out so much about myself."

"If I get there, I'll get there. I'm happy where I am at the moment. It's a great team here and a great club to be a part of.

For now, Inglis would like to thrill the crowds again, like he did in Gosford with his 80-metre intercept try against Canberra.

"I just got the ball and started running. I haven't seen myself in open space in about 14 months. It was great getting the space and crossing the line but the more pleasing bit was the boys' performance," he said of the convincing 42-22 win.

He celebrated with his trademark "goanna crawl" – the first time it's been seen in the four tries he has scored this Telstra Premiership season.

"Cookie (Damien Cook) stopped me from doing it the week before against the Sydney Roosters. He jumped on me early, so I gave him a serve." 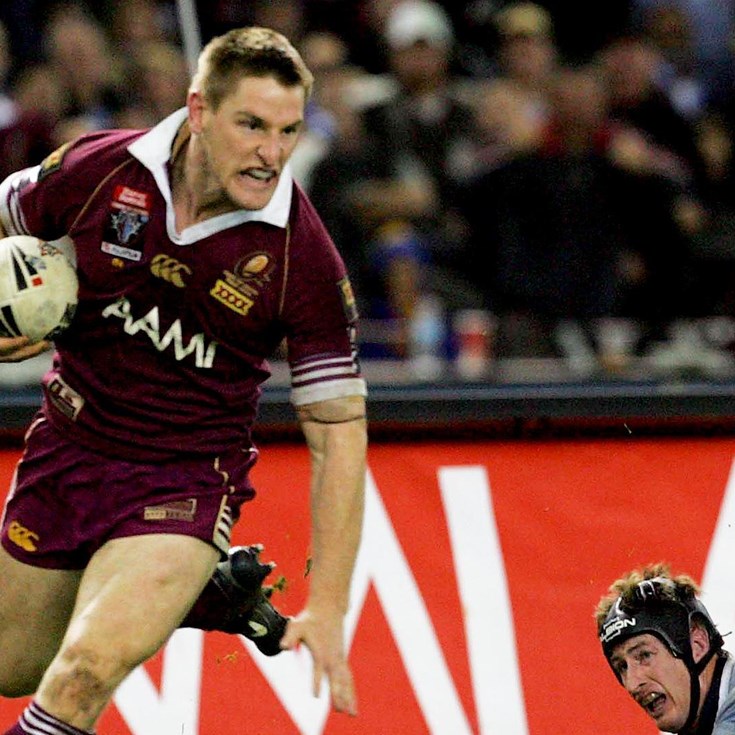 Boyd says 'GI Joe' Ofahengaue a must for Queensland Maroons