Bowen is the town that was "always going to boom".

Except, well, it hasn't.

Despite being beautifully captured in the movie Australia, featuring Hugh Jackman and Nicole Kidman, and boasting stunning beaches and crystal-clear water, it remains an unknown to many.

Of those who pass by on the Bruce Highway, very few make the turnoff to experience its ultra-relaxed lifestyle and views across the Coral Sea.

When the Intrust Super Cup arrives in Bowen for 'Get in the Game' Country Week in July, it will be putting the spotlight on not only the underrated destination, but also a rugby league landscape that has been through some tough times in recent decades.

"History has proven that nothing is going to happen in Bowen quickly," says former league president Ian Trenow.

"The town has been struggling to attract workers for a while now.

"People have said Bowen was always going to boom, but that hasn't eventuated.

"It's not just the mining shutdowns, but the farming community has also changed.

"There's not so many seasonal workers arriving and those that do come are not always interested in rugby league."

Trenow talks fondly of eight seasons ago when there were 200 children in the town playing rugby league and a small Friday night senior competition.

But even that is a form of a mirage. Senior football has been intermittent in Bowen for decades and junior players have always had to go extra lengths to scale the grades.

Journalist Clayton Smales grew up near Bowen in Collinsville and remembers junior footy even from 30 years ago involving plenty of travel and weekends where no games were played.

"We used to have a three-way competition between Collinsville, Bowen and Proserpine and you'd be playing the same teams repeatedly and had lots of byes," he recalls.

"On the rep scene, they'd pick a Whitsunday team each year and play round robins against Mackay and Townsville and Mount Isa.

"I can clearly remember in under 12s we had to travel 12 hours by bus to Mount Isa.

"There was no toilet on the bus, so everyone used a bucket down the front, and there were so many kids crammed on board, the littlest kids slept in port racks above the seats."

Smales remembers that Proserpine were so dominant in his age group that Collinsville didn't beat them in six seasons of continual fixtures.

But he didn't consider Proserpine leaving to join the Mackay competition as a blessing at all, further limiting the available opposition.

You can pin a lot of the Bowen region's problems purely on geography.

It's 200km either way to Townsville and Mackay. It's an 80-minute drive to Ayr and the best part of an hour to drive to Airlie Beach or Proserpine.

Bowen's northern neighbours are involved in the Townsville competition, while those to the south play in Mackay.

The town is piggy-in-the-middle through no fault of anyone's.

Then, of course, there are the fluctuations of the mining sector.

"All five uncles on my mum's side worked in mines, so that's an idea of how central it is to everything," says Smales.

"The advent of fly-in, fly-out workers had a huge impact, both socially and economically.

"In the old days there were three eight-hour shifts that would work in the mines on rotation, then it became 12-hour days and nobody could train or play anymore."

QRL Northern Division manager Scott Nosworthy can sympathise with the tough job that local officials in Bowen have, and says the troubles for league have come despite "people working really hard" on the ground.

Former Origin player Mike McLean, publican at the Grandview Hotel, has been at the heart of several initiatives to keep footy ticking along in Bowen.

Each year the town hosts the Bowen Summer 10s, a popular event which even draws teams from outside the immediate catchment area.

However, Bowen currently has no junior teams over under 12s, with "about 20 kids in older age groups travelling north to play for Burdekin and another 20 travelling south to play for Proserpine".

That division in preferences detracts from fostering a community spirit or culture over which rugby league can be influential.

He points out that other cities that are isolated from major competitions – like Tully and Atherton – have similar struggles.

"Bowen, to its credit, is still producing some quality players like Corey Jensen at the North Queensland Cowboys," says Nosworthy.

"His brothers Joey and Dylan are also handy players, and there are still a handful of kids from Bowen making the Northern Marlins representative teams.

"It's still a nursery and I'm really pleased that Country Week is coming to places like Bowen, Hughenden, Normanton and Cooktown.

"They are all places in North Queensland that face challenges, but they've been rewarded because they're also places that follow good governance and have committees looking to do the right thing.

"These towns are rugby league heartland and if Country Week helps kickstart even a little extra excitement or activity, then it will be of benefit."

The Intrust Super Cup clubs travelling to Bowen on July 21 will be the Mackay Cutters – who play in developing the region – and the Sunshine Coast Falcons. 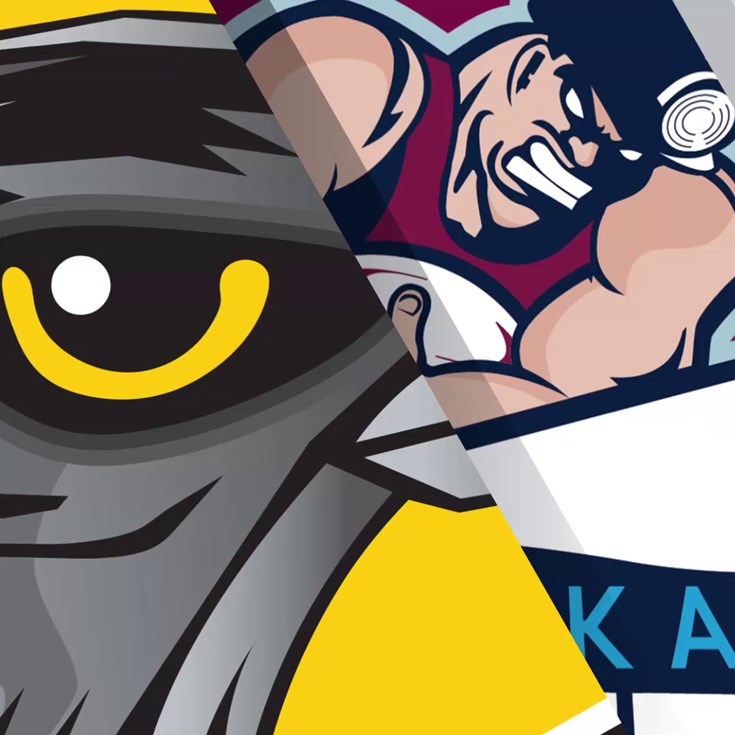 The science behind Corey Jensen's rise