Try sneak Jonathon Reuben is loving life with the Townsville Blackhawks right now, but admits that if a call came from a southern NRL club, it'd be a hard proposition to weigh up.

Reuben, who has scored 64 tries in 59 appearances with the Blackhawks, is this week on a camp outside of Ingham with children from the Clontarf Foundation.

He is an operations manager for the foundation, an organisation which aims to improve the education, discipline, life skills, esteem and employment prospects of young Aboriginal and Torres Strait Island men.

With such a rewarding occupation and Townsville currently on a four-game unbeaten streak, Reuben does feel somewhat blessed.

"I do wake up every morning looking forward to each day," says Reuben, 25.

"This is more than a teacher role. I work with the clients 24-7.

"We show them there is more to life – more opportunities out there - than what they might think."

Reuben was raised in Townsville but spent three seasons trying to crack the NRL with the Canberra Raiders, finishing the National Youth Competition as the leading try-scorer in 2013.

He also spent a year with the Sydney Roosters before returning home to be part of the Blackhawks squad.

Since pulling on the Townsville jersey he has been incredibly prolific, with a try-scoring strike rate only second in Intrust Super Cup history to Aaron Barba (70 tries in 52 games)*.

"I did get a bit homesick. Sydney is a busy place and I didn't adapt to it," Reuben says.

"I always knew it would be a risky step to come back to Townsville, but I've loved being a part of the Blackhawks.

"I just try to perform for them and don't worry too much about what else happens.

"Honestly, I've never given up on my dream to play NRL. That's probably the dream of most fellas.

"If the opportunity did come up, I'd grab it with both hands and do what I do naturally, but the Blackhawks performing well is my first focus."

The last few weeks have seen Reuben switch from wing to fullback to cover for the injured Carlin Anderson.

While it's been a continuation of bad luck with fitness for Anderson, Reuben has revelled in the opportunity.

"I am loving it, getting more ball, taking more runs," he says.

"We lost a few games earlier in the year, but we did have a lot of new players come into the side.

"Now we are gelling both on the field and off it."

Townsville hosts league leaders the Burleigh Bears at Jack Manski Oval this Saturday at 5pm in Round 9 of the Intrust Super Cup.

*Based on players who have more than 20 appearances. Statistics courtesy of Brad Tallon. 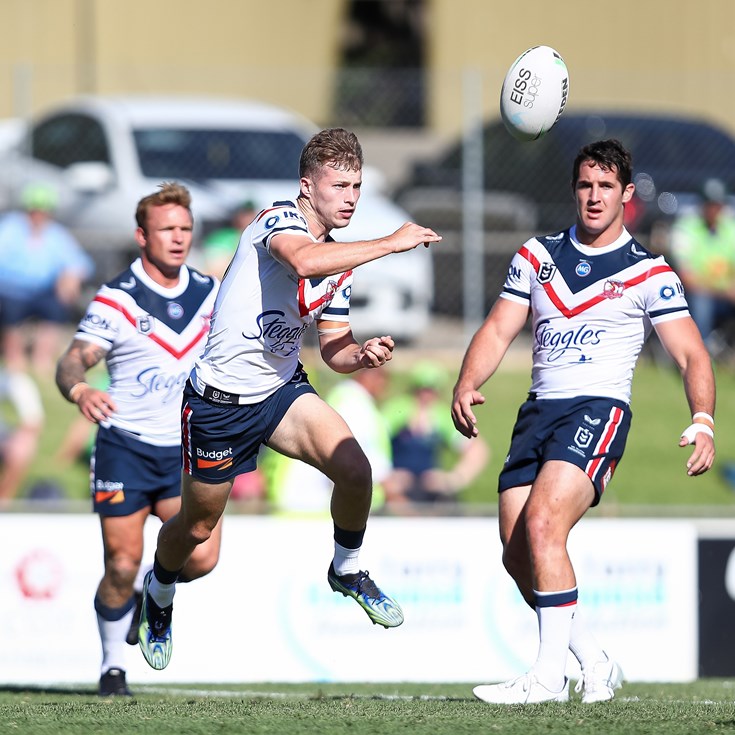