Queensland Rugby League historian, contributor and ardent supporter Mike Higgison, 50, passed away on May 1, 2018, due to an inoperable brain tumour.

His funeral will be held 11am on Tuesday, May 8 at Pinnaroo Cemetery and Crematorium, 285 Graham Road, Bridgeman Downs. Mike made special request for attendees to wear their favourite football jerseys, particularly those of the Wests Panthers and Piranhas touch football team. A wake will be held following the ceremony at Albany Creek Tavern.

His children Brienna, Braedyn and Alexander, would like to thank everyone in the Queensland Rugby League community who has shown support and sent well wishes. It has been greatly appreciated.

Brienna's message:
Although I am deeply saddened about the loss of my Dad, I can't help but smile and laugh about the great times we shared together.

As a little girl he would take me down to the Matilda petrol station 2 minutes down the road where he would let me pick out a treat to quickly eat on the way home.

He would then tell me: "Don't tell your brother, he isn't getting anything".

Little did I know then, that he would take Braedyn down there the next week and do the same.

Aside from that, we both shared a great passion for rugby league, which always left us with something to talk about.

From watching me as I played on the fields at Wynnum and Easts, to getting into the locker rooms at the 2017 QRL grand final, and eventually being introduced to Billy Slater, my Dad has definitely contributed to my love for the game - memories that can never be forgotten.

Braedyn's message:
There are so many memories that come to my mind when I think about my Dad and one of my favourites has got to be when my dad coached my touch football team back when I was 14 years old.

Myself and a group of mates from school were playing in our first ever season together down at Redlands touch football.

Because we had never played before and we were playing in the under 16s competition, we had been beaten in every game.

I spoke to Dad about how bad we were, so he decided to come down and self-appoint himself as our coach for our final game of the season.

He got us to warm up, stretch and practice drills before the game.

As you could imagine, my Dad made sure that he was known throughout the game, as he would yell across the field for us to keep our line, ruck the ball, make substitutions and congratulate us when we performed well.

Through my Dad's coaching, we somehow managed to win the game convincingly, making it our first and only win of the season.

He was our super coach from then on.

This story is an example of my Dad's love for sport at any level and his competitive nature which he most certainly passed on to me.

It's safe to say that my Dad's passion and wisdom, especially when it comes to sport, will be missed by myself amongst many others. 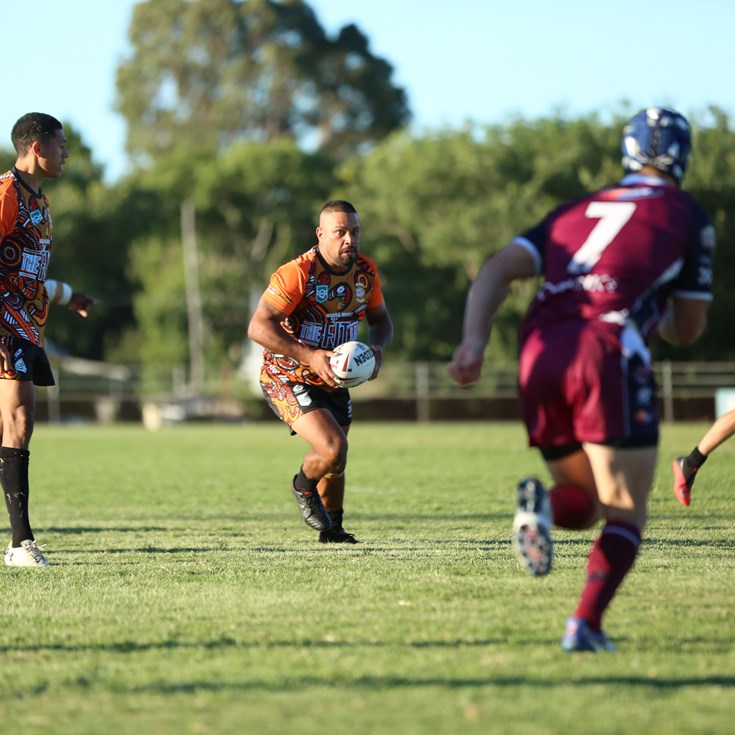 'It's exciting to be a part of it, with the sport growing'

NRL Magic Round all about the fans