Greg Inglis and Matt Gillett have recalled the physical and psychological sensations they experienced when asked to debut for the Maroons.

In the second part of a candid four-part interview with QRL Media, Inglis and Gillett continued to explore the emotional rollercoaster which has seen them wear Maroons' colours for a combined 48 appearances.

The second instalment sees Matt Gillett remember where he was when he received the phone call to tell him he was in the Queensland team.

"I was at Nitro Circus," begins the story.

Gillett and Inglis also attempt to explain what it feels like to run onto the field when the Suncorp Stadium crowd is chanting at fever pitch.

Gillett describes the sensation as "pretty crazy", while Inglis at first says there "is not actually one word that can knock it on the head", before going into greater detail.

Each night of this week, May 8-11, a separate excerpt from the wide-ranging interview is being released exclusively on QRL.COM.AU 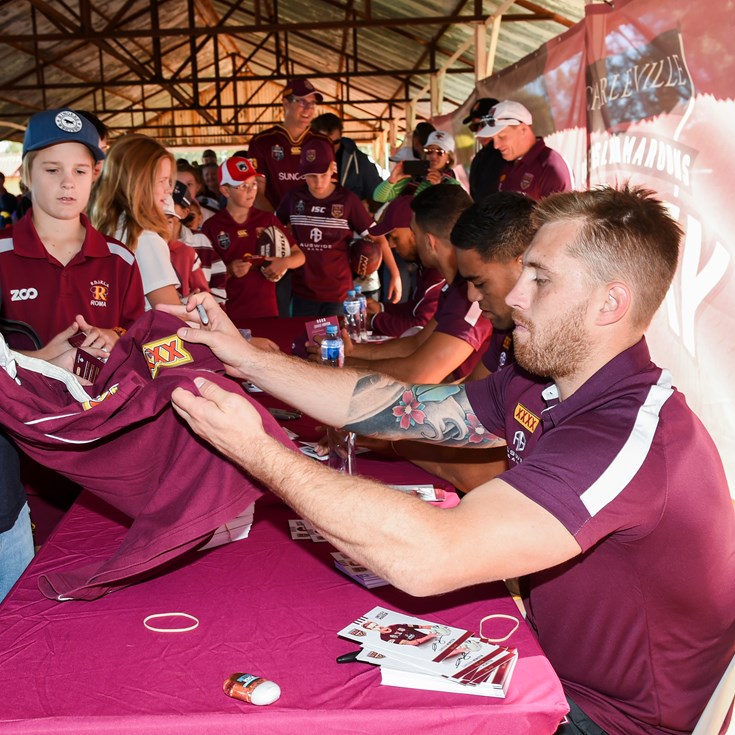