Blake Leary has been a rugby league gypsy for a decade, travelling around the east coast pulling on the boots and having a run wherever he can.

His profile on Instagram - where he is a frequent and entertaining poster - carries the quote "You can't buy memories".

He certainly has plenty of those and as a veteran of 32 NRL games, 27 of them with Manly and five for the Cowboys, he is hoping he is not finished at the elite level just yet.

A quick glance at his travel log shows he started playing juniors for the Nerang Roosters.

A graduate of Keebra Park State High, a strong league nursery responsible for many good players including Benji Marshall, Leary was signed by Melbourne Storm in 2009, playing 26 games and scoring 17 tries for its NYC team.

He also captained the Storm's youth team in 2010.

In 2011 he was off to the Cowboys, playing for the Northern Pride, who won the Intrust Super Cup and upset Penrith in the National Championship.

Leary made his debut for the Cowboys under Neil Henry when he was 21 against Newcastle in 2012, before moving to Manly under Des Hasler.

He played 27 games for the northern beaches club.

He packed his bags yet again in 2016, returning to North Queensland and this time linking with the Townsville Blackhawks, before getting a call-up from the Cowboys in 2017 and playing another three NRL games.

Now he finds himself back home on the Gold Coast, looking to crack back into the NRL for a third time.

"I've found some enjoyment moving back home to the Coast," Leary revealed.

"I love the lifestyle and it's rekindled my desire to force my way back into the NRL with the Titans or wherever I can.

"It's still a big goal of mine now that I am older and wiser to have another shot at the NRL."

Jamaica!! We have a bobsled team!! #touchbass 🇯🇲

Leary said he had spoken to his manager a few days ago about engaging some NRL clubs.

"Obviously being selected in the Residents side is a great honour and it promotes you a bit more," he said.

"It's a lot easier to sell someone who has played NRL before and is making rep sides.

"The ball is in my court now to make it happen."

Now 27, Leary accepts time is running out, but adds he isn't ready to quite yet.

"I'm back on the Gold Coast as a career move because I want to play NRL," he said.

"At the Blackhawks in Townsville last year I was trying to work my way around Coen Hess, Ethan Lowe, (Jason) Taumalolo and Gavin Cooper.

"I saw a pathway down here and it was an opportunity to come home to the Gold Coast and try again.

"I've still got that burn to play NRL. I'm not ready to kick my feet up just yet.

"I reckon my best footy is still ahead of me after what I've learned from 32 games of NRL and I am a better player now.

"I need to get over a few niggling injuries and start playing consistent footy.

"I can't plead my case if I am sitting on the sidelines every week."

Leary, who is a tad under 100kgs, has implemented changes to his game in the past 18 months to help his cause.

He has made the transformation from a line-running edge back-rower to a ball playing back-rower with good results.

"I'm not the biggest backrower, so being able to ball play before the line and adding a kicking-game to my skill set has helped add some variety to my game I think."

Leary is hoping thecombination he has formed with Bureligh Bears teammate and Residents halfback Jamal Fogarty will produce something special against the Blues on Sunday.

"Jimmy (Jamal) been playing some great footy for the Bears and I think JB (coach Jon Buchanan) has been looking at the left edge combination we have at Burleigh," Leary said.

"Hopefully we can pull off something special together on Sunday."

This weekend will be the third time Leary has represented Queensland Residents, having captained the side to victory in 2017 and making the squad from Northern Pride in 2014.

Was such an honour to captain a great side and get the Win. #winnershaveparties 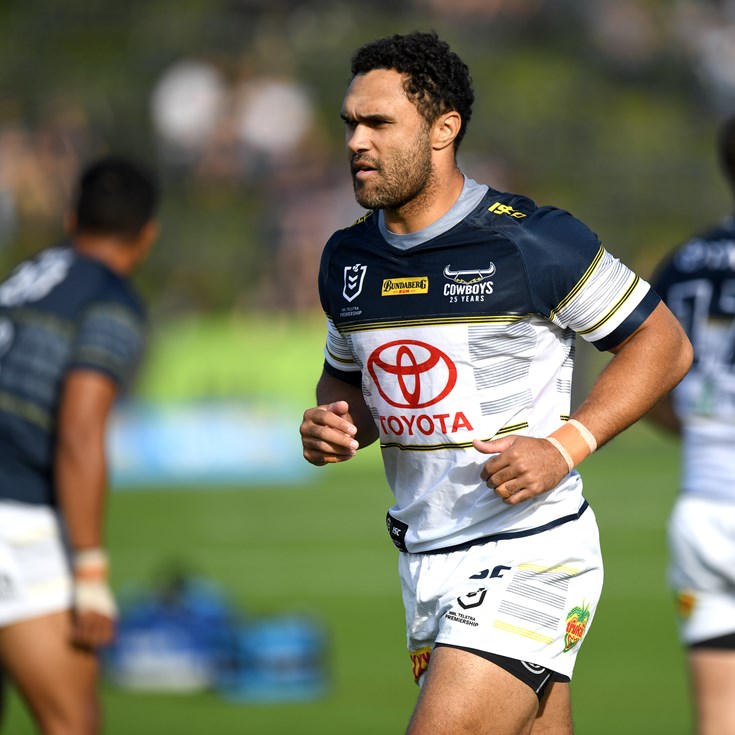