For all the limelight and State of Origin glory it was back to reality this week for the 34 women who took part in the inaugural fixture on Friday night.

And for most that includes going back to work, catching up on study or training for their next respective club games.

Kuk is completing a six-month work placement program as a nurse in Brisbane and returned to Queensland two days after a week-long experience in Camp Maroon.

"I'm trying to get in as many placement hours as I can," Kuk told NRL.com.

"It's a challenge to juggle and especially now when I'm coming down from a high with Origin.

"Rugby league makes me happy, whatever is going on in my life I can come to a footy field and it's my happy place so there is always a bit of withdrawals when it's over."

A free agent for this year's NRL Holden Women's Premiership, the Papua New Guinea representative is hoping her performance for Queensland was enough to attract a contract offer.

Kuk missed selection in the elite top 40 squad earlier in the year as she recovered from a torn MCL playing for PNG during last year's World Cup.

She was named in the Jillaroos' merit team on Tuesday night.

"I'm hopeful, I haven't signed or heard from anyone yet though," Kuk said.

"I didn't expect to make Queensland this year. I was focused on getting my knee right first and playing club footy so the Origin clash was the highlight of my year.

"If I get a call-up to an NRL side from here I'll be happy but if I don't then I don't mind, this is good enough for me now."

Kuk is a cult hero of her own in PNG, in similar way to the popular men's squad.

Despite living in Australia for most of her life, she never forgets where she was born.

The nation's television station haven't forgotten either, telecasting and streaming the Origin game live last week purely on the back of her Origin selection.

"They're big supporters of the game and I got so many messages from people back home," Kuk said.

"It's great to get PNG on board and see that the typical mindset is changing to support women in general and show we can do the same thing as the men.

"The physicality of that game was unbelievable, it was one of the toughest games I've played. That rivalry between Queensland and NSW has always been physical but it went to another level.

"It wasn't the result we wanted from a Queensland perspective but was such an unreal experience." 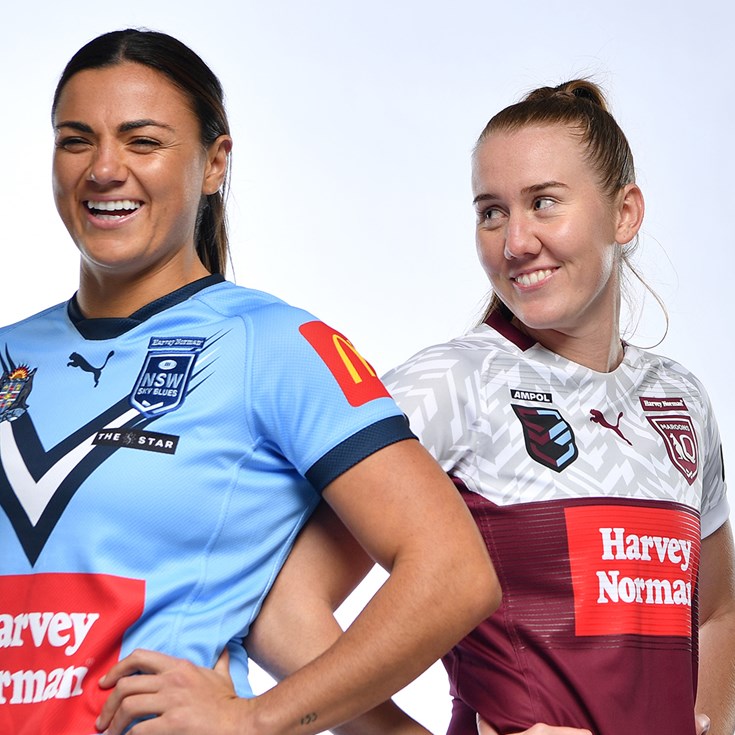